Alex Shigueta: The Tasty Turtle Treat: A delicious gingerbread cake that is designed to look like many turtles swimming in plastic wrappers, to raise awareness about the widespread issue of plastic pollution in the ocean.

Over one million aquatic animals die from the 100 million tons of plastic dumped in the ocean every single year. The Tasty Turtle Treat consists of many small chocolate turtles inserted into and on top of a gingerbread mold resembling six-pack soda rings. The turtles were created by pouring liquid chocolate into a silicone mold. The Tasty Turtle Treat arouses emotions when the viewer sees the small sea turtles that appear to be swimming, inside the outsize six-pack soda rings.

This dessert was created to put the people in the turtles' position by having to consume a  dessert in the form of plastic rings. The hope is that the dissonance created between the unfortunate tale of the turtles and the great taste can resolve into feeling good about “cleaning” up the plastic mess on the plate. It would be exceptional for that wonderful feeling of consuming The Tasty Turtle Treat to translate into stopping plastic pollution and letting the turtles swim in plastic-free water 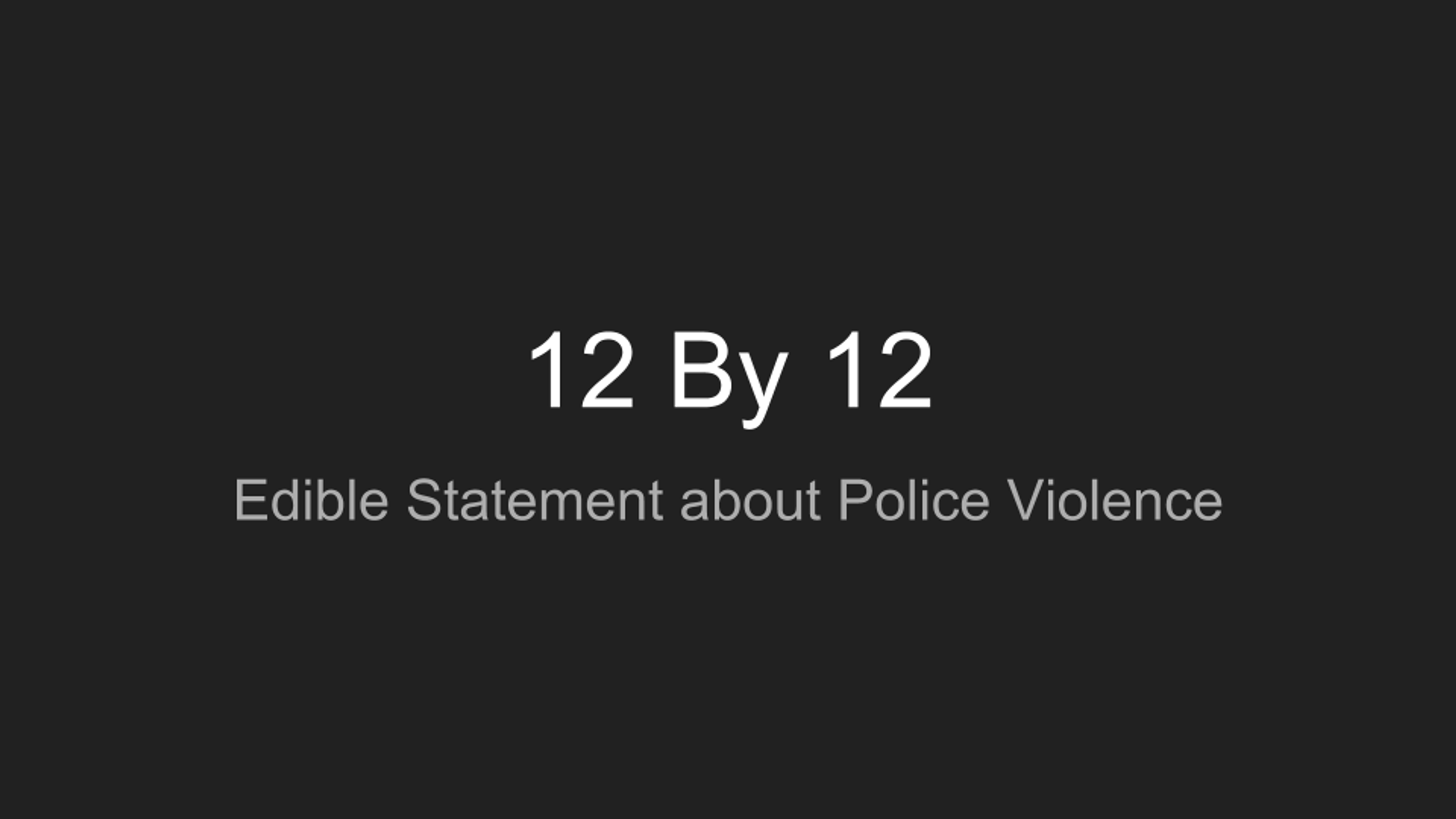 12 by 12: A dessert consisting of 12 chocolate sculptures that represent the data of annual deaths due to police violence and are presented on an outline of a body portraying the narrative of Michael Brown. Viewers experience the stone cold statistics made vivid through the individual story of a victim of violence.

An issue society faces today is police violence, and the abuse of power by police. 12 by 12 sheds light on the issue at hand and provides an interactive experience to personalize what viewers may have become numb to. The dessert is constructed with a body outline, mimicking the chalk outlines that were used for bodies. On this body are 12 holes out of which protrude 12 graphs, made out of chocolate. These graphs create a circular formation, resembling a crown. These graphs are direct representations of the data of people killed by police in the year 2018. The platter that the dessert is served on is a body outline, representing the story of Michael Brown. Michael Brown was an 18 year old African American who was a suspect of a convenience store robbery in Ferguson, Missouri. He was fatally shot 12 times by Darren Wilson, a white police officer. Each hole in the body outline serves as a double metaphor for both the number of times Brown was shot at, and to represent the 12 months in a year.  It raises questions to authority figures, and governmental institutions. Why do we see racist patterns in people of authority? Should there be a stricter job application for becoming a police officer? It also forces people to acknowledge the prevalence of racism in our society today.

This project is made for the general public. As a common subject of debate today, this dessert is meant to educate the public on the issues, and portray an argumentative response. 12 by 12  is meant to be “used” by eating the individual chocolate graphs. The user is meant to feel uncomfortable when faced with a jarring presentation: chocolate graphs on the body outline. By entering this experience and eating the chocolate, designed to look like bullet perforations, the viewer is meant to feel even more uneasy. By doing this, we hope to instill uneasy feelings extended to police officers. The goal of this is to only slightly mimic the feelings that people of color have towards policemen.