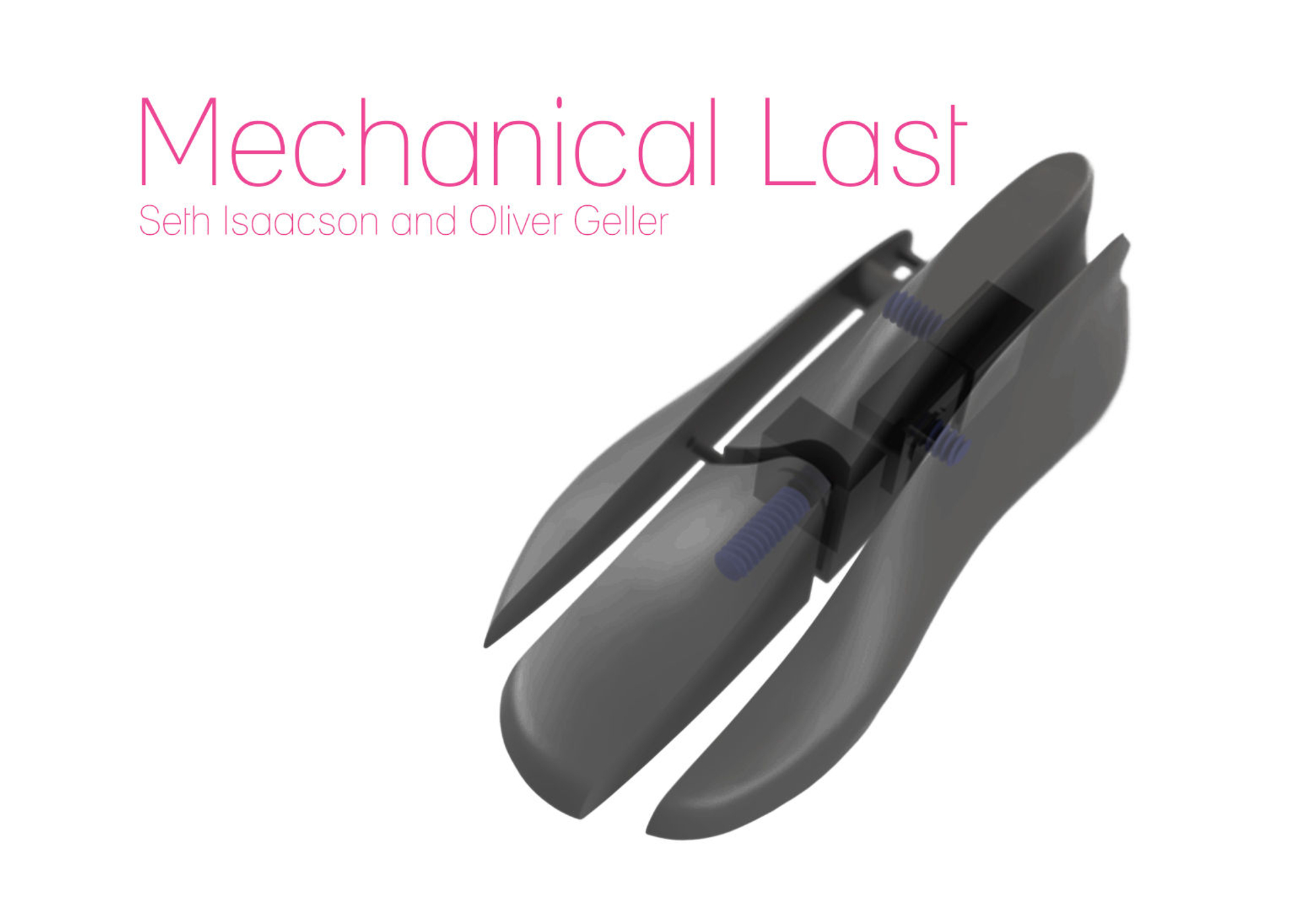 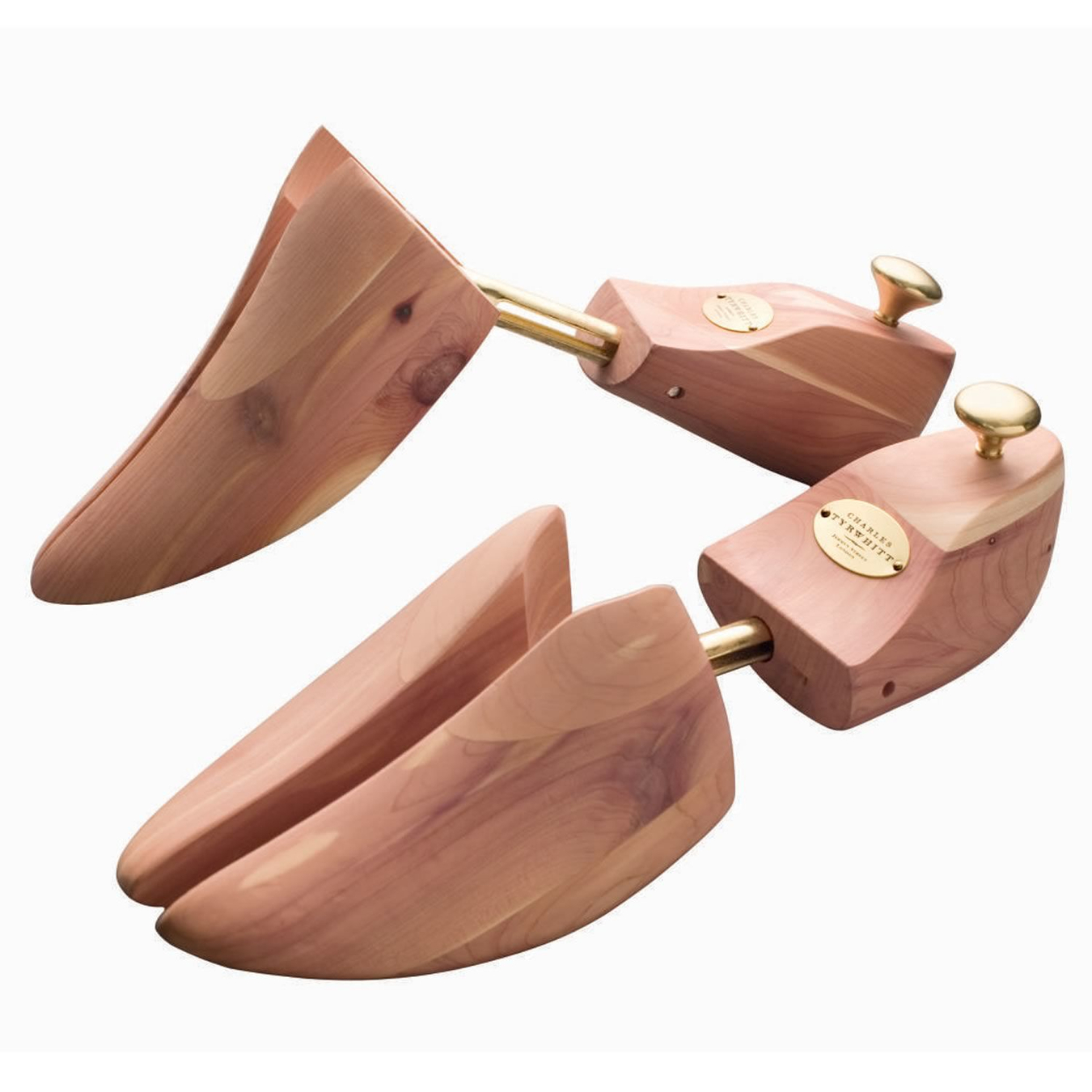 Large shoe companies, such as New Balance, have the resources and space available to purchase and store hundreds, even thousands of models of feet which they use for shoe making. These are known as lasts. A last is a modified casting of a foot. However, smaller companies and shoe makers can neither afford nor store such a vast array of lasts. Even companies such as New Balance see the quantity of lasts that they own as a burden. Our product reduces the number of lasts that a company would need to just a few. It does this by being automatically adjustable.

The concept of our project was to create an adjustable last that could change itself into various different shapes and sizes of feet. We first thought of how to do this completely manually, but quickly discovered that it would be much more interesting to have the design automatically adjust itself. We decided to make the product automatically adapt to a person's foot based on a 3d scan of his or her foot. We decided to do this using Grasshopper, a plugin for Rhino, and Firefly, which allows Grasshopper to interface with Arduino microcontrollers.

We had a few initial decisions to make. The first was how to slice up the last to allow for movement. This took a great deal of thought. We considered cutting up a model of a last and having the parts move, having just certain sections move away from a central piece, and even more abstract ideas such as using air bags to allow for more uniform growth. In the end, we decided to cut up a last and have several pieces move away from one central piece. We understood that this would not create a perfect replica of a foot since there would be gaps. Instead of focusing on creating a perfect model of a foot, we instead decided to focus on accurately representing the general shape of a foot as a proof of concept. Some much more advanced technology could be implemented later to make the model more accurate.

Our first iteration included a main base piece with two moving pieces. This was inspired by a shoe horn, which fits into any shoe to help it hold its shape. Although this design was a good proof of concept, there were several flaws. Since only two pieces were moving, the gaps between pieces became very big. Also, in this design we used servos. While these are small and allow for high degrees of control, they only allow for 180 degrees of rotation, which was not sufficient for our needs.

Our second iteration took several slices of material away from the last to create three moving pieces. This design switched over to stepper motors on an Adafruit motor shield for an Arduino. These allow for very precise control of continuous rotation. This design was very close to our final design, yet it had one major flaw. By removing the slices of the foot we hoped to make it so that the average men's foot (men's size 9.5) would be in the middle of the last's scale of movement. So, we started with a size 9.5 last and removed material so it could in theory shrink down to a men's size 8. However, when it was fully compressed there were pieces of material sticking out creating an unusable model.

For our final iteration we kept the same geometry as in the second iteration, but instead of removing slices of material we just split the last into several pieces. We started with a men's size 8.5 foot instead, knowing the last would not be able to get any smaller. That way it would still be a relatively accurate model of a foot at size 9.5. In the final iteration we switched over to EZ Drivers to control the stepper motors as they interface with Firefly better.