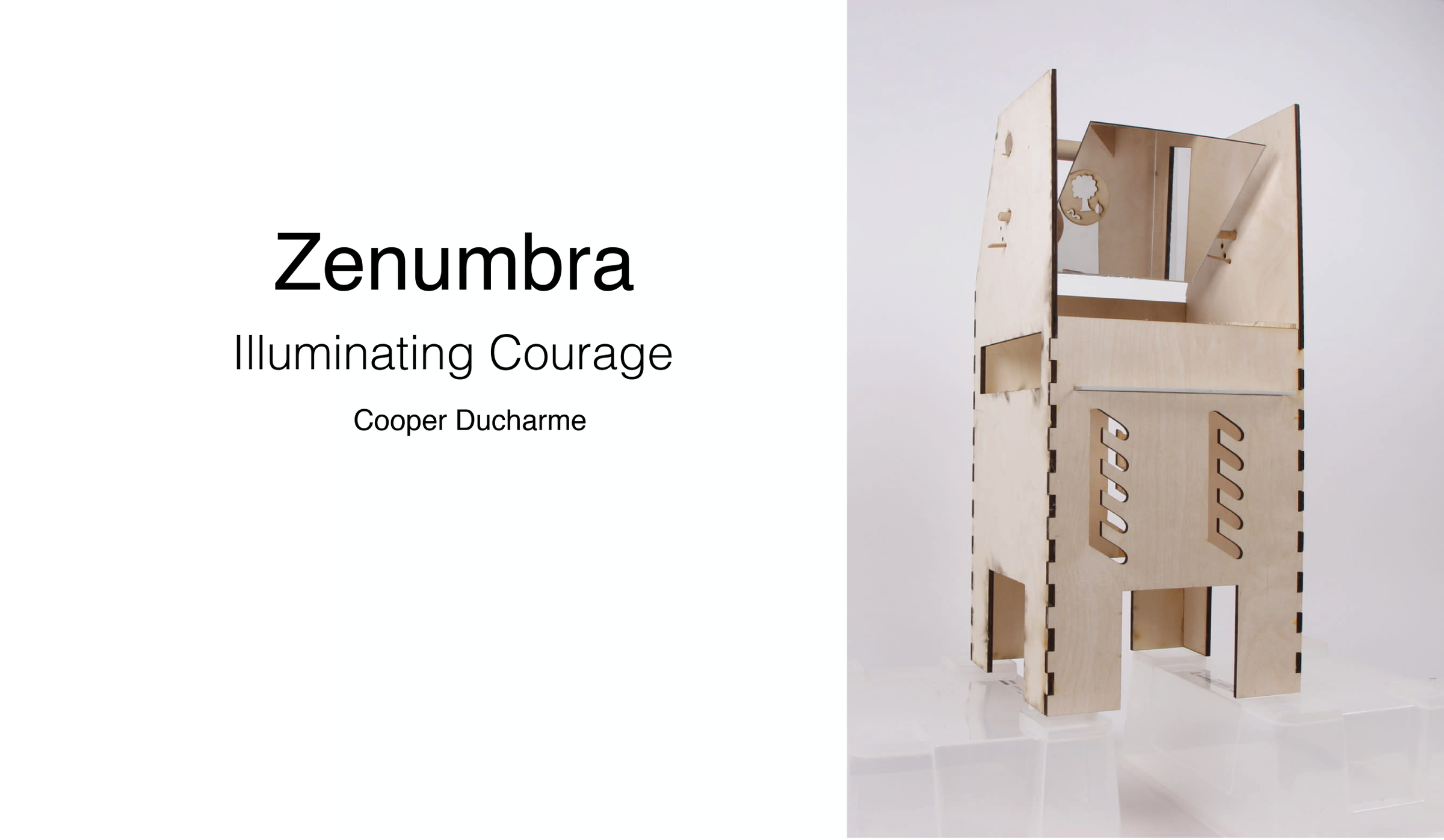 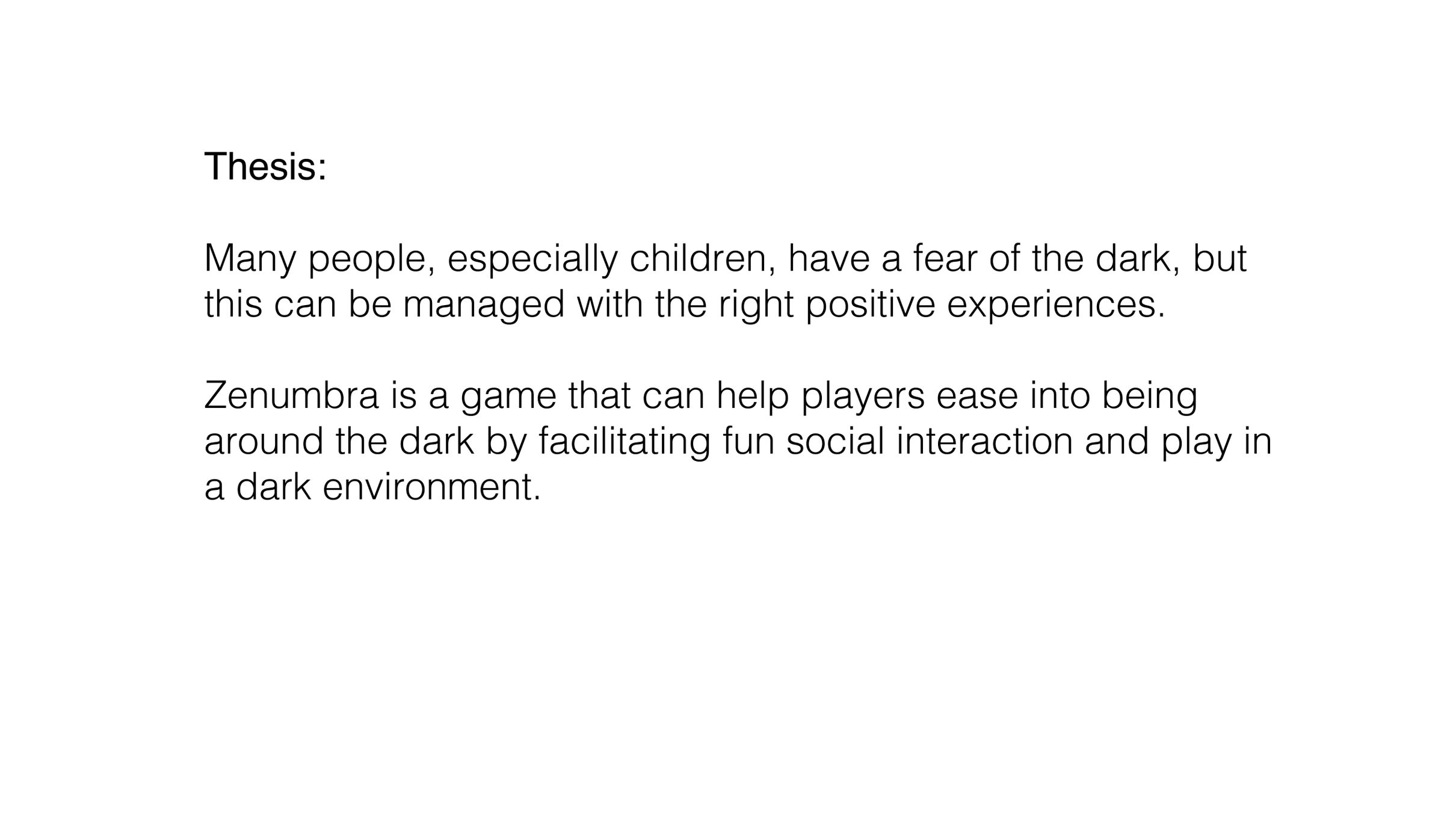 A game in which players explore a dark area with a flashlight to find cards, then they play on a game board that projects the cards in play on to a wall using light and shadow. It is designed to help kids become more comfortable with the dark. Many people, especially children, have a fear of the dark, but this can be managed with the right positive experiences. Zenumbra is a game that can help players ease into being around the dark by facilitating fun social interaction and play in a dark environment.

If a child is scared of a dark attic or their closet, a parent might hide a pack of cards in the uncomfortable area. The excitement of exploring and finding a new bunch of cards for their deck eclipses their timidness. When they find the pack, they will face the cards inside in a Zenumbra match, using their own deck once they have one. The game is usually played by two friends choosing cards to play against each other from their hand, it can also be played by using a randomized card dispenser.the new cards into his or her deck and feel a sense of confidence and accomplishment. When cards are played in a match, they are put down on a projector game board that shines a light on your wall and shows the shape of your cards. Once they win a match against the card pack, the player can add the beaten cards to their deck. Each turn, the to combatants will simultaneously play a card from their hand, and each card has one of five elements, being water, fire, plant, earth, and electricity. Each element can beat two other elements, but are beaten by the remaining two. For example, if you play a card with a water element, it will destroy any of your opponents cards that are fire or earth elements, but will be destroyed by any electricity or plant cards that your opponent plays. It has been shown that positive association is a powerful tool in shaping behaviors and emotions, and playing games, either by yourself or with friends, is one of the most positive experiences during childhood. If a child learns that the dark can be a fun environment, they will be more comfortable with it when they are on their own.