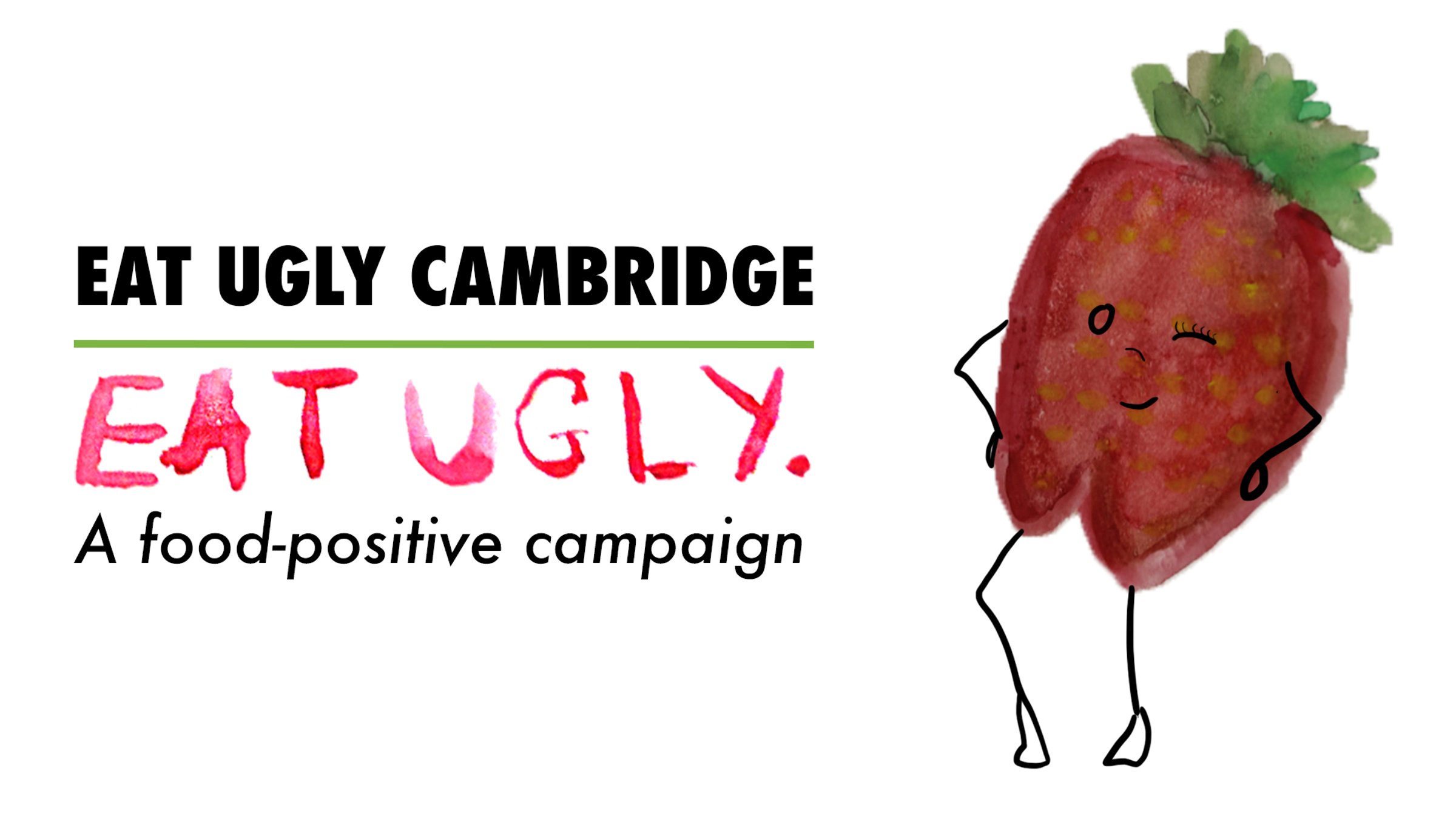 Kenzie: Eat Ugly Cambridge is a campaign modeled on the body positivity. This campaign aims to reduce food waste by raising awareness that food thrown away for aesthetic reasons is still tasty and nutritious. In fact, 50% off produce is thrown away before it reaches stores as a result of aesthetic reasons. The Eat Ugly campaign challenges the idea of normative standards of beauty for food and humans. This campaign challenges societal norms in the hope of changing the societal pattern of picking fruits based on aesthetics. Eat Uglys main goal is to encourage people to recognize that "ugly" produce still tastes good. The Eat Ugly Campaign targets consumers with stickers and posters because once companies know that people will buy "ugly" produce, companies will buy it from farmers and stop wasting this fruit. Eat Ugly hopes to strive to inspire self-reflection in the food industry and in consumers, in the hope of changing people's habits and ideas, so that they learn to value taste and nutrition above appearance in food. With success, this campaign will hopefully change societal norms in the effort to reduce waste.

Dina: The Eat Ugly Cambridge campaign tackles the egregious amount of food waste produced by the American food industry and its consumers. Almost fifty percent of U.S. produce, including what is discarded at various stages of production as well as by sellers and buyers, bypasses stomachs for the landfill. Eat Ugly's promotional materials, parodying the "body positivity” movement that promotes acceptance of humans of all shapes and sizes, will help consumers assess their wasteful habits by questioning societal standards of the appearance of fruits and vegetables. Placing the stickers emblazoned with our slogan, “Eat Ugly,” on the fruit itself is a creative method of reaching consumers. These stickers will direct people to the stylistically similar posters, which display important information about food waste alongside cartoon fruit models. By causing small changes in the behaviors of local shoppers, the Eat Ugly movement rescues produce that would otherwise have been destined for landfills. With enough momentum, the Eat Ugly movement will lessen the pollution generated by excess food production, keep uneaten produce out of landfills, and conserve American land, water, and labor.