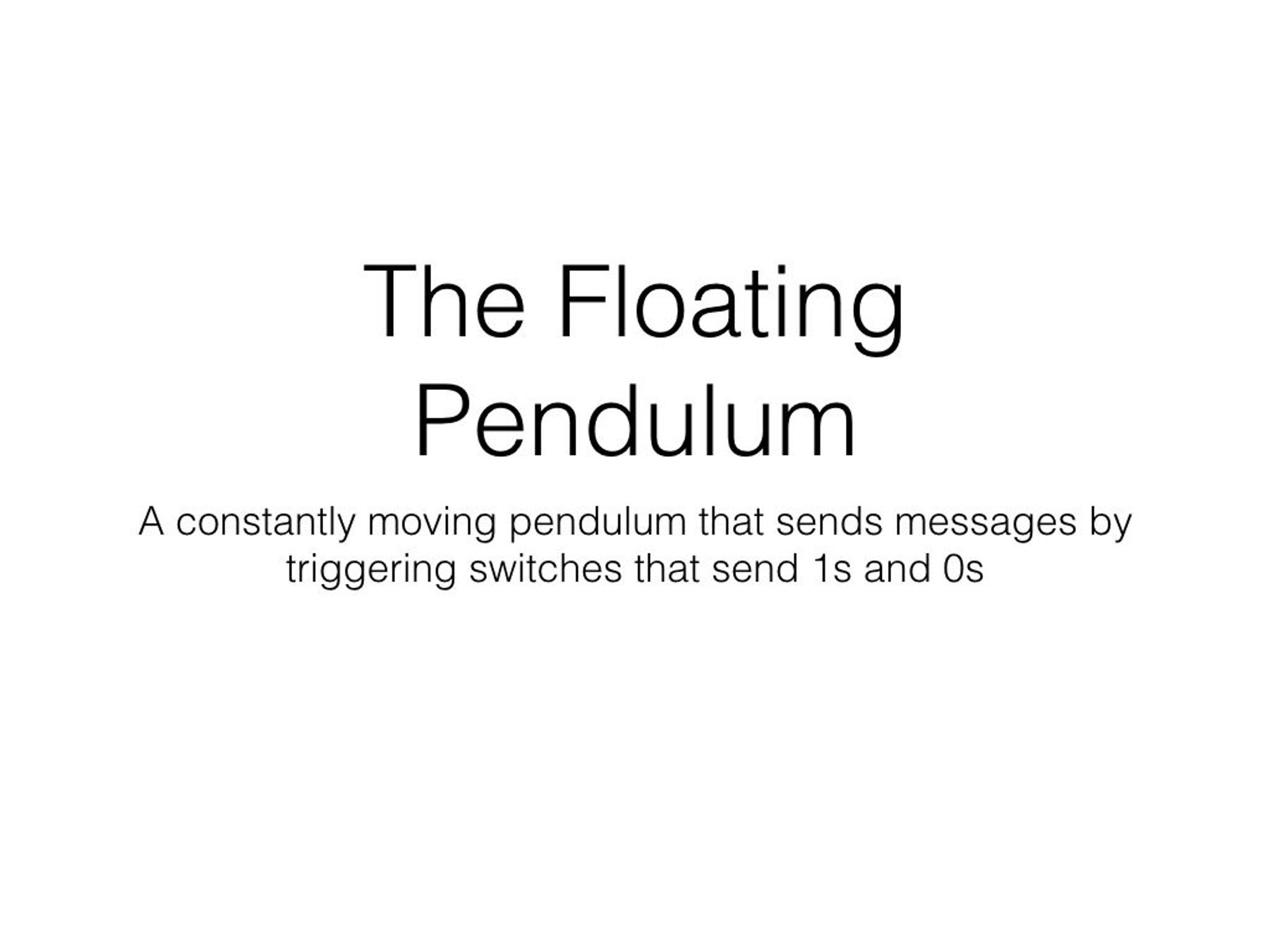 Our idea is called The Floating Pendulum and is a device that consists of a constantly moving pendulum which ultimately sends messages between two computers. The pendulum can triggers two switches at each tip of a V which creates the message from 1s and 0s. Our prompt for this project was to make a system that physically transferred messages while working in groups of two. After brainstorm many possible options, my partner, Rachel, and I decided on a system that involved a pendulum hitting switches to transfer messages decoded from 1s and 0s. There are four main parts to our system: the base, the V, the "hangman", and the pendulum. The V and 'hangman" sit on top of the base and the pendulum is suspended from the "hangman". The main use for this system is to transfer communication and took several iteration to progress. The final iteration of the system will be made out of acrylic and possibly metal. We used a laser cutter to make it and it will have pieces created using a 3D printer. Other tools we have used in the process can include a drill press and a electric saw on some iteration of the system.