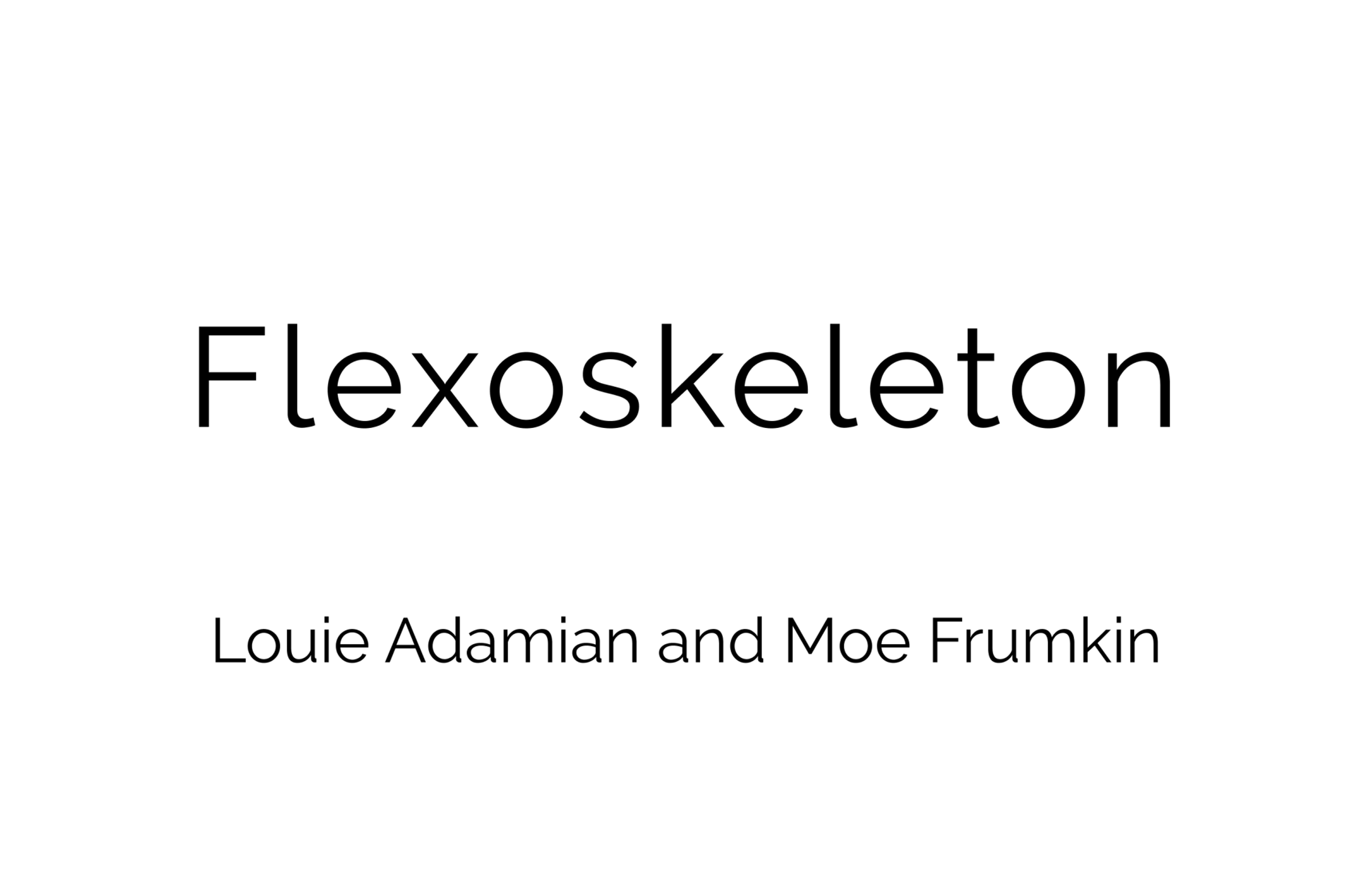 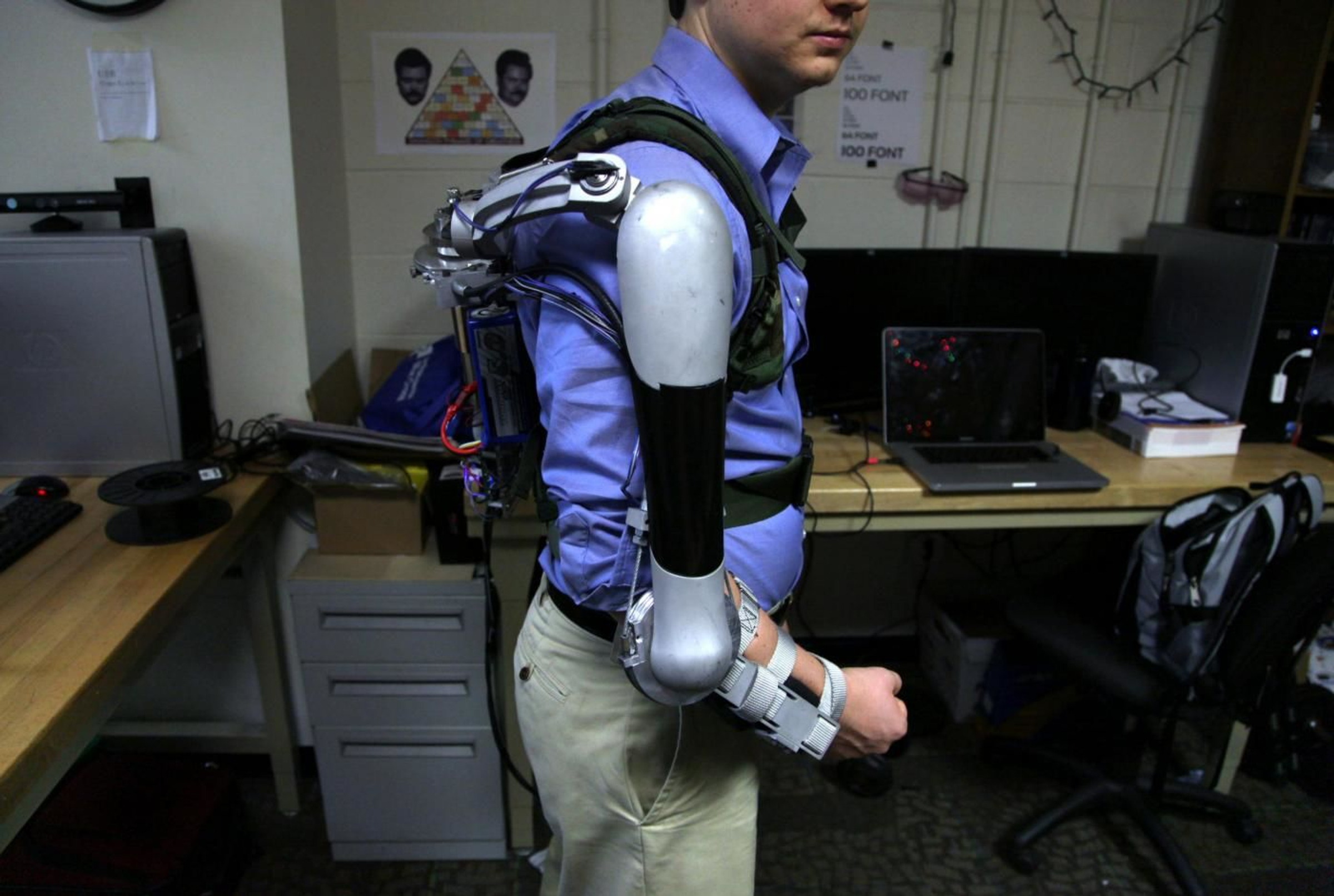 A major problem for people with Cerebral Palsy and traumatic brain injuries is that their condition causes a muscle to be constantly flexed. With Joe, the person who we worked with, it was his left bicep that was constantly tensed. The flexoskeleton detects action potentials in Joe's triceps, the muscle that counteracts the biceps, and uses a motor to pull Joe's arm open.

We started the studio by learning about the Lokomat, a machine that corrects the gaits of people with the problem mentioned above. At first we decided to make an arm brace that helped Joe be able to move his arm again. We decided that pressure would be applied by the brace and that his triceps would be able to do the rest. We then changed to focusing on the idea of a soft exoskeleton, an exoskeleton that has very little structure.  After a day of working on the idea we abandoned it because we realized that if we put the motor on Joe's back, where we were planning to do it, it would pull Joe's arm back instead of opening it up. We realized that we could fit a small motor on Joe's arm and we returned to the idea. We think that the flexoskeleton will be able to improve the mobility of people with cerebral palsy and traumatic brain injuries.