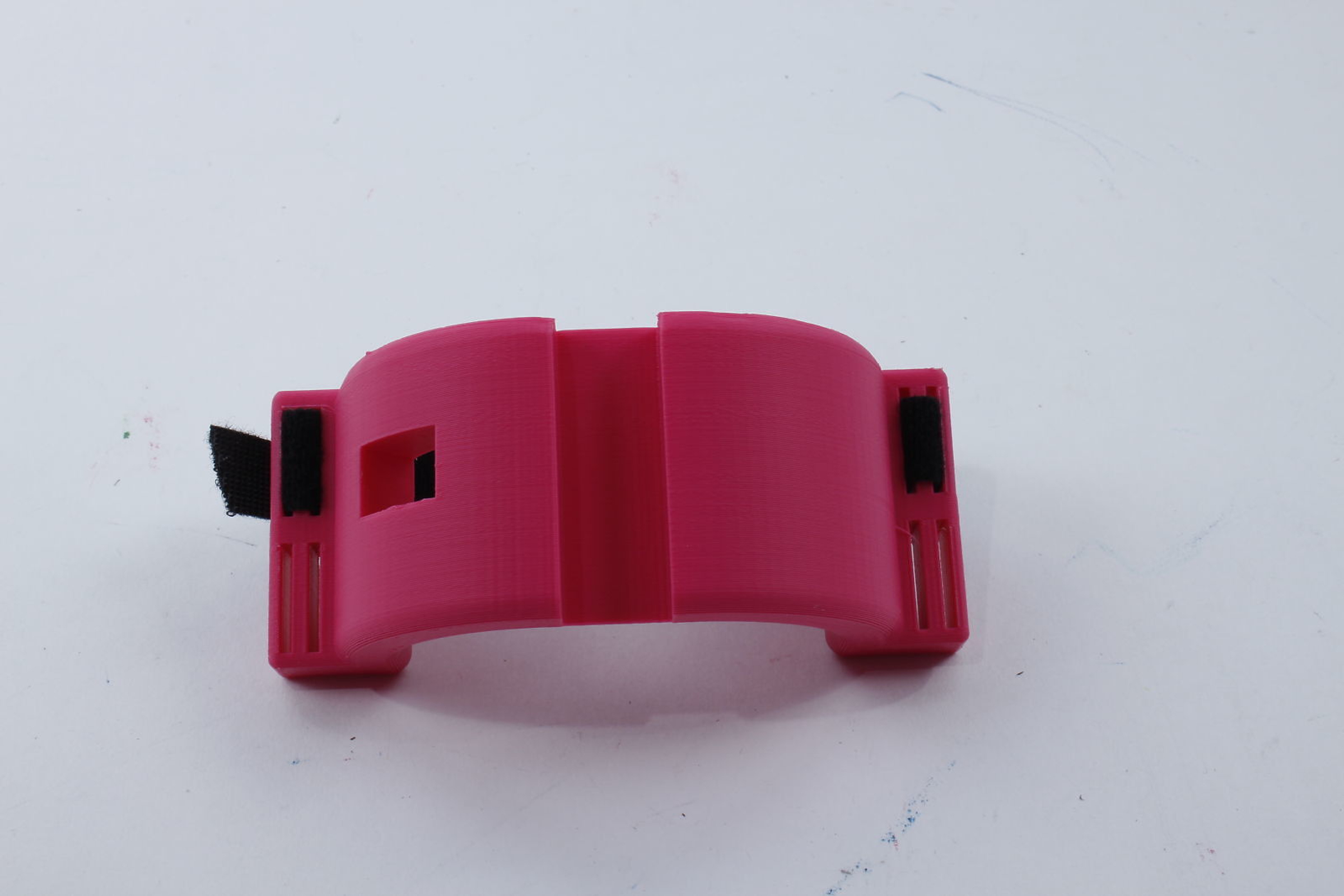 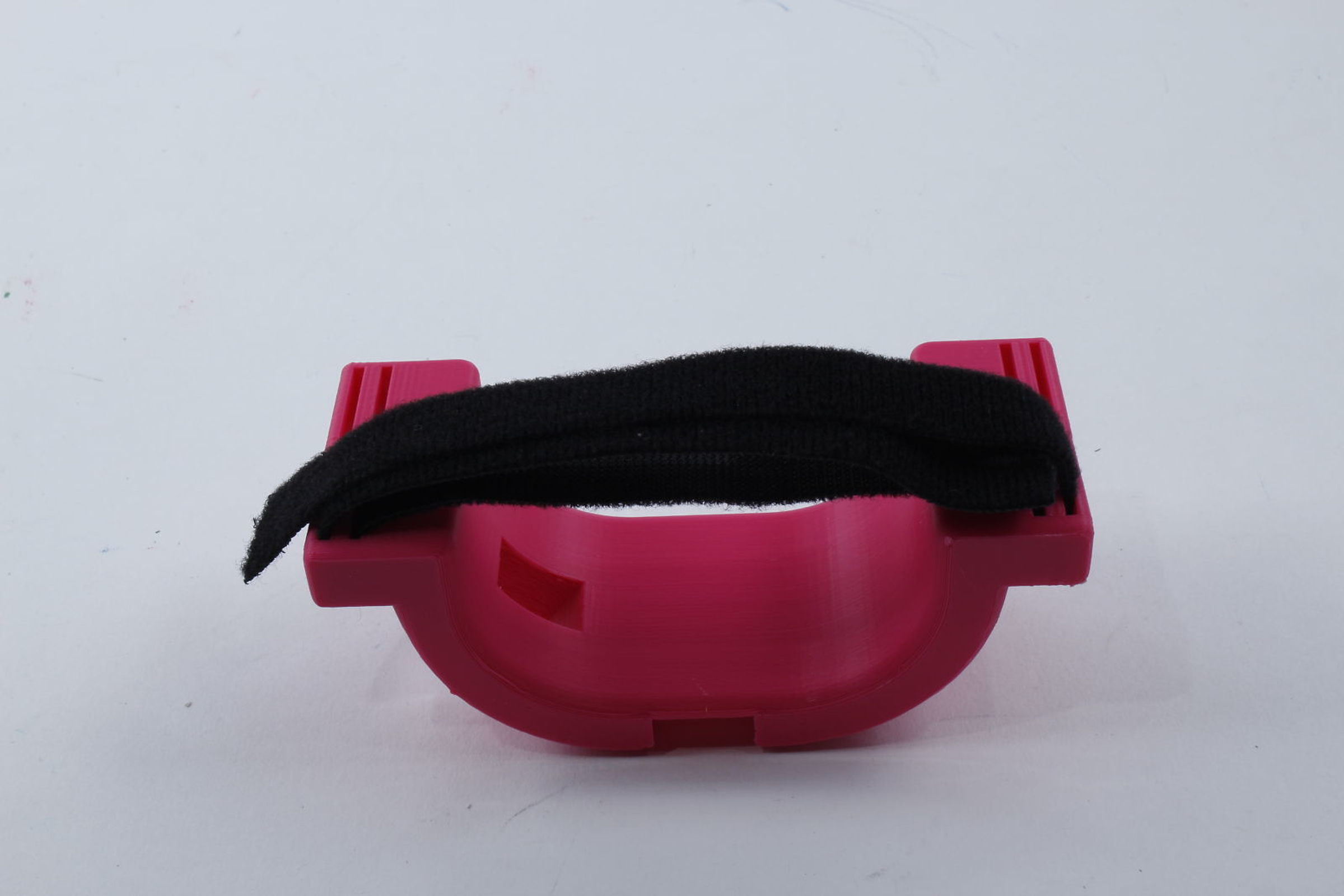 Today Mackenzie and I worked on making new folds to try out while Riana worked on making a bracelet in fusion. We had trouble figuring out webbing but by lunch we had several new folds with webbing designed in rhino and Riana was printing her bracelet. After lunch Mackenzie and I started to laser cut our folds. Unfortunately, we had a great amount of trouble learning how to use the small laser cutter and after about an hour we only had one successful cut and one salvageable cut. After we had been at this for very long we decided to give up and start again tomorrow. It was not a very successful day. Also Rianas bracelet came out pretty good but a bit too large and the hole for the sensor isn't quite right. So we'll fix that tomorrow. Also our original fold is a bit to big which we will fix once we have successful cuts. 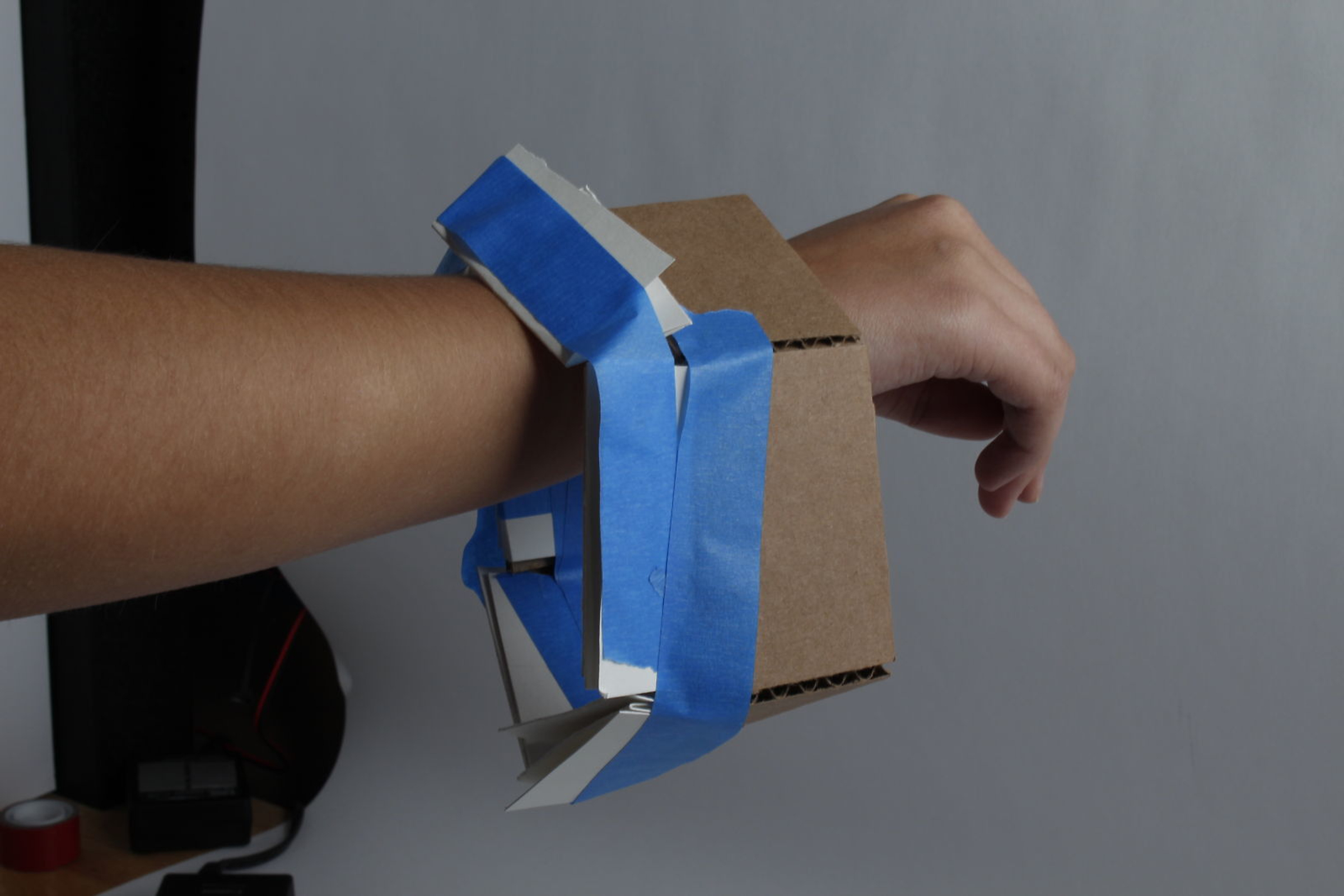 Our big idea, by the end of the day, was to create a bracelet that extended itself to cover the wearers arm depending on their heart rate which would display the wearer's temperature and if they needed a sleeve or not. Originally, we wanted to make a bracelet that inflated and deflated with your heart beat. Then, we got the idea to instead make a bracelet that actually helped the wearer by creating a shelter or something for warmth based on one's heart beat. From this emerged and idea for a bracelet that would have extra fabric, or in this case paper, that based on temperature it could extend itself to make a sleeve. Our first thought was to use an accordion fold, but we had trouble using just this fold and making it a circle, so we made our bracelet a hexagon and used a bunch of different pieces of accordion folded paper to create our first prototype. Then, john suggested to us that to make this out of one piece we could use a 3 jointed fold in corners that would expand and be made smaller when the sleeve was no longer needed. But, while John was showing us the 3 jointed fold, I got the idea to only use a 3 jointed fold. I proposed the idea of using a square with multiple 3 jointed folds on it and placing it on the wearers arm in a diamond shape and having bands on both the ends of the diamond. The band further up on the wearers arm would move in whenever a sleeve wasn't wanted which would make the square fold up into a gem type shape on one's wrist. We decided to change our design to that because it looked much better and it was less bulky and more simple.