Your "Final Post" should only show the final images and diagrams of your final project.

Images: See slideshow above explaining the images required for the final post

Text: The text should answer the following questions: 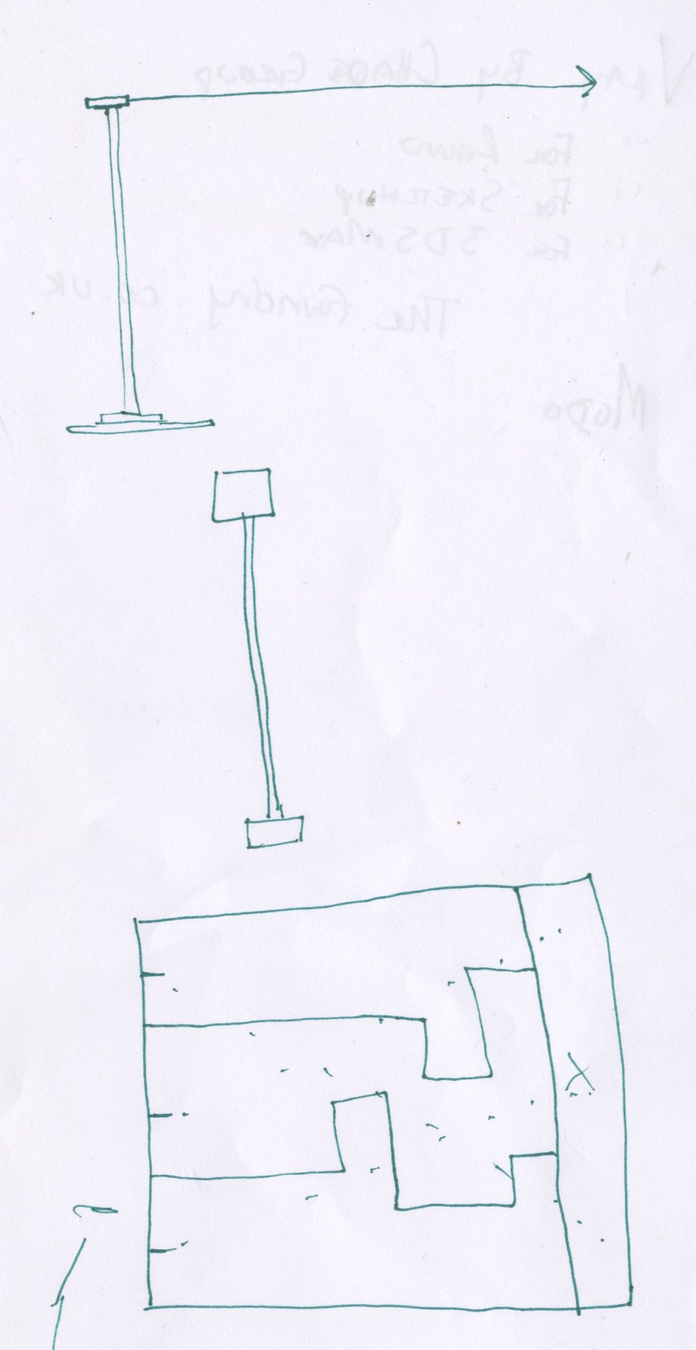 In this session, our group faced the design challenge of creating a Sci-Fi themed toy. Originally, we wanted to create a 3D game that involved the player's entire body. We went through many ideas, most of which were very far from our final game concepts. one such idea was to use magnet powered hover skates to play a game of 3D twister. Ultimately, the main trend of our musings was a game that centered around moving the body, as with twister, but that also had an element that would utilize lasers and mirrors in some way. As an additional level of requirement, our group wanted to make a game that used the body so much that simply playing the game could result in players possibly falling down. (With no injuries, of course.)

As our first iteration, we discussed having some kind of obstacle course where players would have to work together to move a laser from one point in a room to another. There would not be any mirrors on the players, instead, the mirrors and lasers would be on separate stands that the players could move around the room. However, we found that it was very easy for players to simply bounce the lasers around the obstacles without much difficulty. Our first iteration also did not seem to use the body enough to make players even possibly fall over. After some discussion with our leaders and amongst ourselves in our group, we returned to our original idea of having the game centered more around a twister related theme.

This change in thought brought us to our second iteration. In this concept, three or four players would stand in a circle, each with mirrors on their hands, feet, knees, elbows, and shoulders. Each player would have a different color laser mounted on their shoulder, which they would have to bounce off of each other's mirrors until one or more players fell down. A twister-style board would be employed to dictate which player would have to bounce which laser off of which mirror next. Unfortunately, having the lasers mounted on each player's shoulder made the lasers very prone to movement. This added movement made the game very hard for players to play. In addition, there was no measurable end goal for players to work towards, other than staying standing longer than the other players.

However, after much deliberation our group moved to our third iteration, which took ideas from both of our first two concepts along with some new elements to create a new game. In our game, all players would have mirrors on their hands, knees, and feet. There would be three lasers on stands between the players, who would stand in a circle around the center console. The control console in the middle would, using auditory commands, dictate which player had to bounce which laser off which body part, just like in our second iteration. However, in this new game, the players would have to get the laser from the laser emitter on one of the stands to one of six sensors arrayed on the center console. Now, instead of playing against each other, the players would be working together to bounce the lasers to the console. If one player was told to bounce the blue laser off of their right knee, but the blue laser was not within their reach, another player would have to use a free mirror to help them get the blue laser close enough to them for the first player to bounce the laser with said mirror back to the console. Players would work together to try to beat the game. Precedent - Back to the Future Skateboard

Your task for this framing exercise is to design and make a simple transformer. It should be able to morph between two specific states. You can consider geometrical operations like folding, stacking, insertion, twisting, etc. to acheive this.

In this example, the future brings more extreme toys!

In this clip we see how in a futuristic world wall-e collects random objects and gives them new value as toys or decorations. The Candy Catapult is an toy-game that flings candy once the player presses the three colored buttons on the catapult in a particular order that is unknown to the player. Our team programmed a Servo motor and LEDs embedded inside the Candy Catapult.