staying up late, but it works 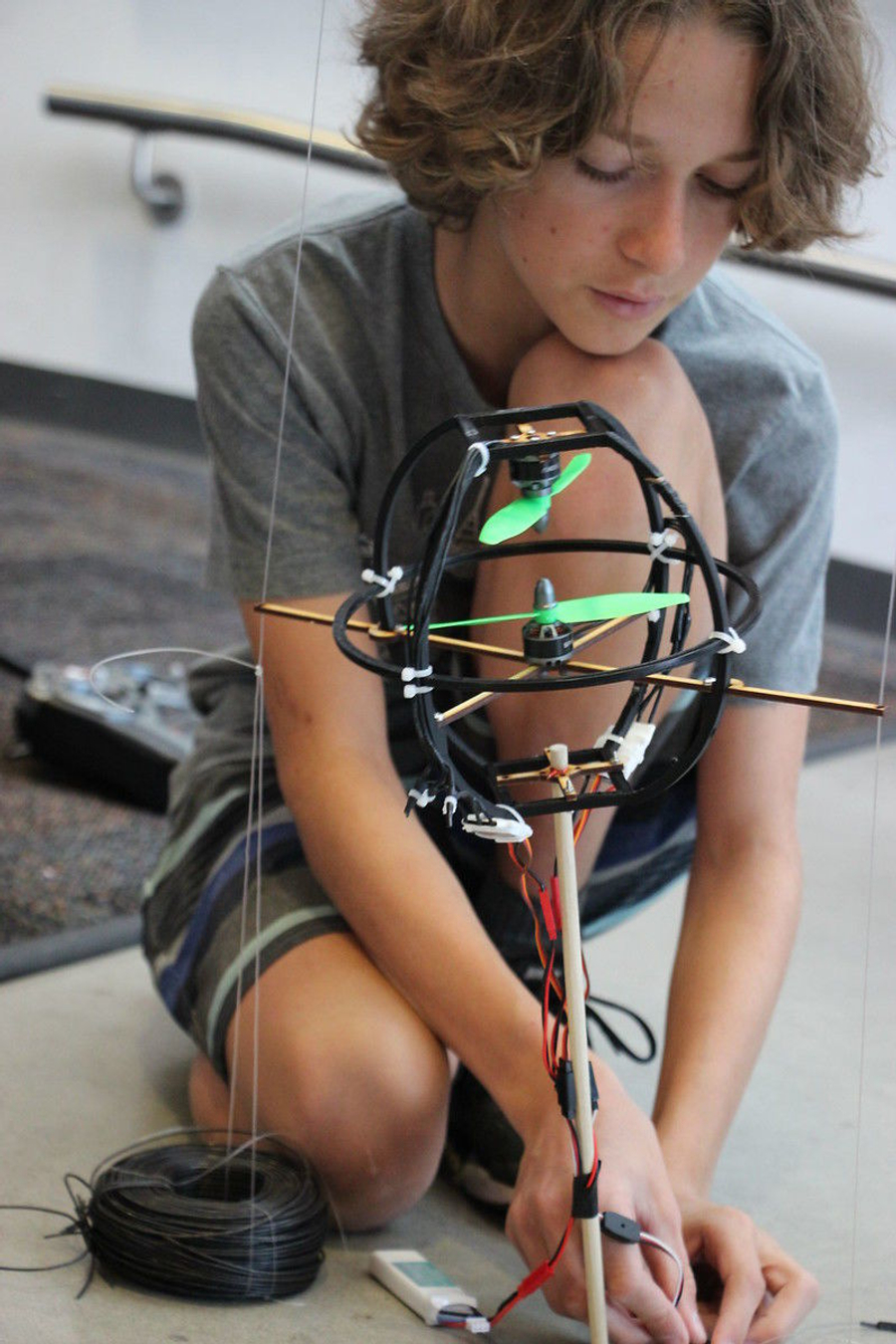 Today we finally got test our snitch at the park. After all our tests on guide wires David said we could go out and test our idea. We learned from all the tests that our motors are extremely powerfull and once the snitch got over the line of gravity it would shoot up really high into the air. In the test Chris was goining to drive it. Jake held it up and he pushed the throttle on the 5 channel remote and the props started to spin It lifted up really fast. It pasted the line of gravity and shot up really high and then it fell down. Everyone was silent but I ran over and it was broken. Jibreel and I went back with Oliver to fix it while Tony stayed to watch his friends from China fly their object. We got back and we super glued our frame back together. Time was over for the day but all of us could stay later. We laser cut new mounts for the ones that broke and our snitch looked like new. At 4 Tony had to leave and at 5 Jibreel left. While I was still there we made a frame out of wood for the presentation. We made 2 mounts for the top and bottom of the tall rectangular wood box. In the mount was 4 holes for the guide wires. I ended up leaving at 9 p.m. with the snitch going up and down after 10 seconds. The snitch did not need a remote. This was the best day yet.

This video compilation is of three successful flights where the plane flew for at least 5 seconds before landing. After removing the rotors, the new objective was to have the plane fly successfully. A few tweaks fixed the wrongly-pitched elevator, and the flight ended with success! 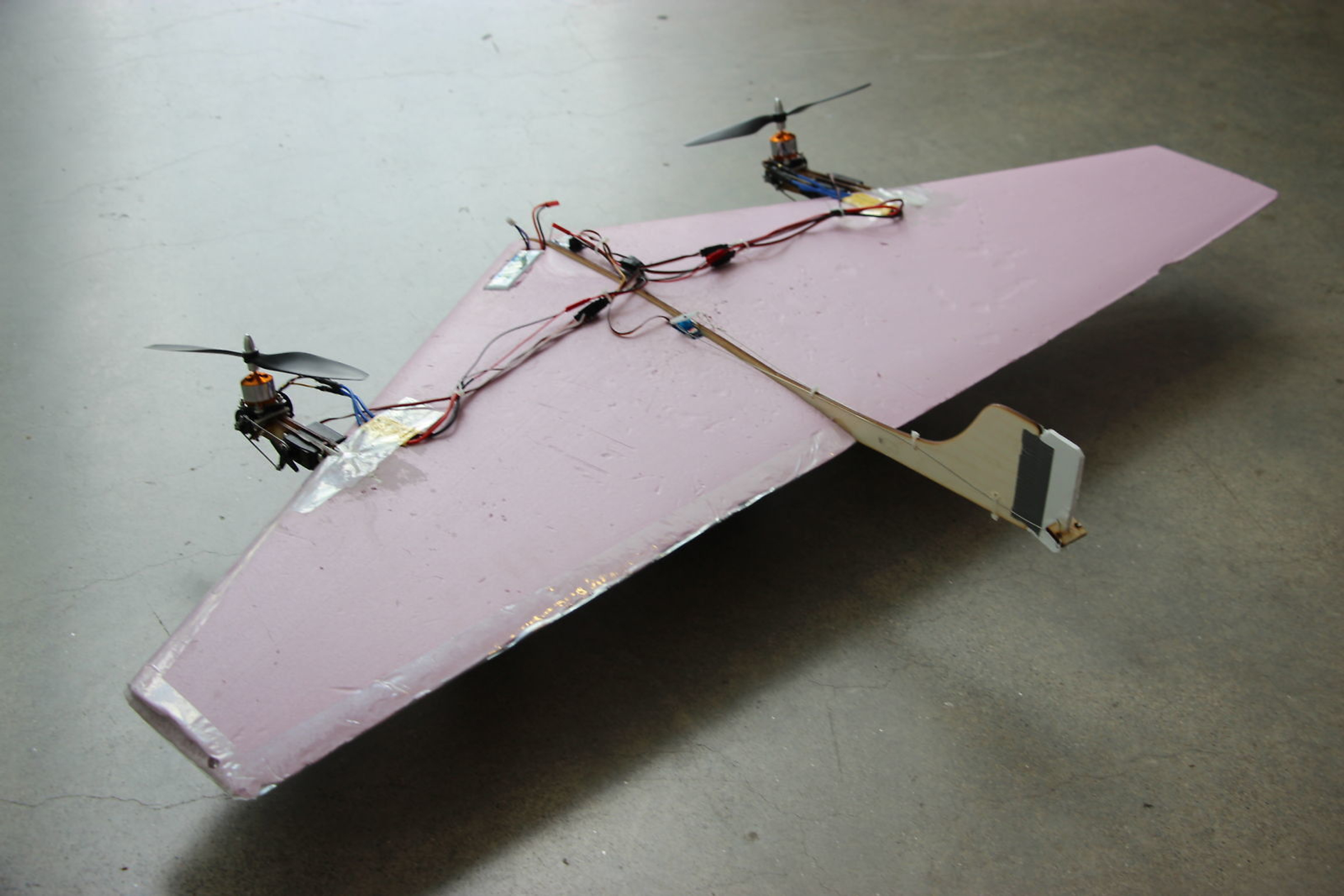 Our goal was to crate a flying objeect that wasent a plane or a quadcopter. When we first got our group we didnt really have any idea of what our objest would be. At first we brainstormemed a list of things that we wanted it to be. we cam up with tow prioritys. It would be a blended wing plane that could takeoff and land veticaly. At first we thought that we would have two propellers in side of the fusalage. Then after some thinkning we decided to have the propellers on the out side of the plane. But most of it worked in the end. On Thusday after camp ended I stayed and fixed the plane because it ahd crashed earlier that day. One of the hinge servos was not working so verticol take of was out of the question. It was going to be a tose launch. It was tosed into the air diped down and then shot up and to the left trund and crashed spliting in two. I did not care that it was brockenl, it had flone and that what we had been trying to do.

Video 2 of our project 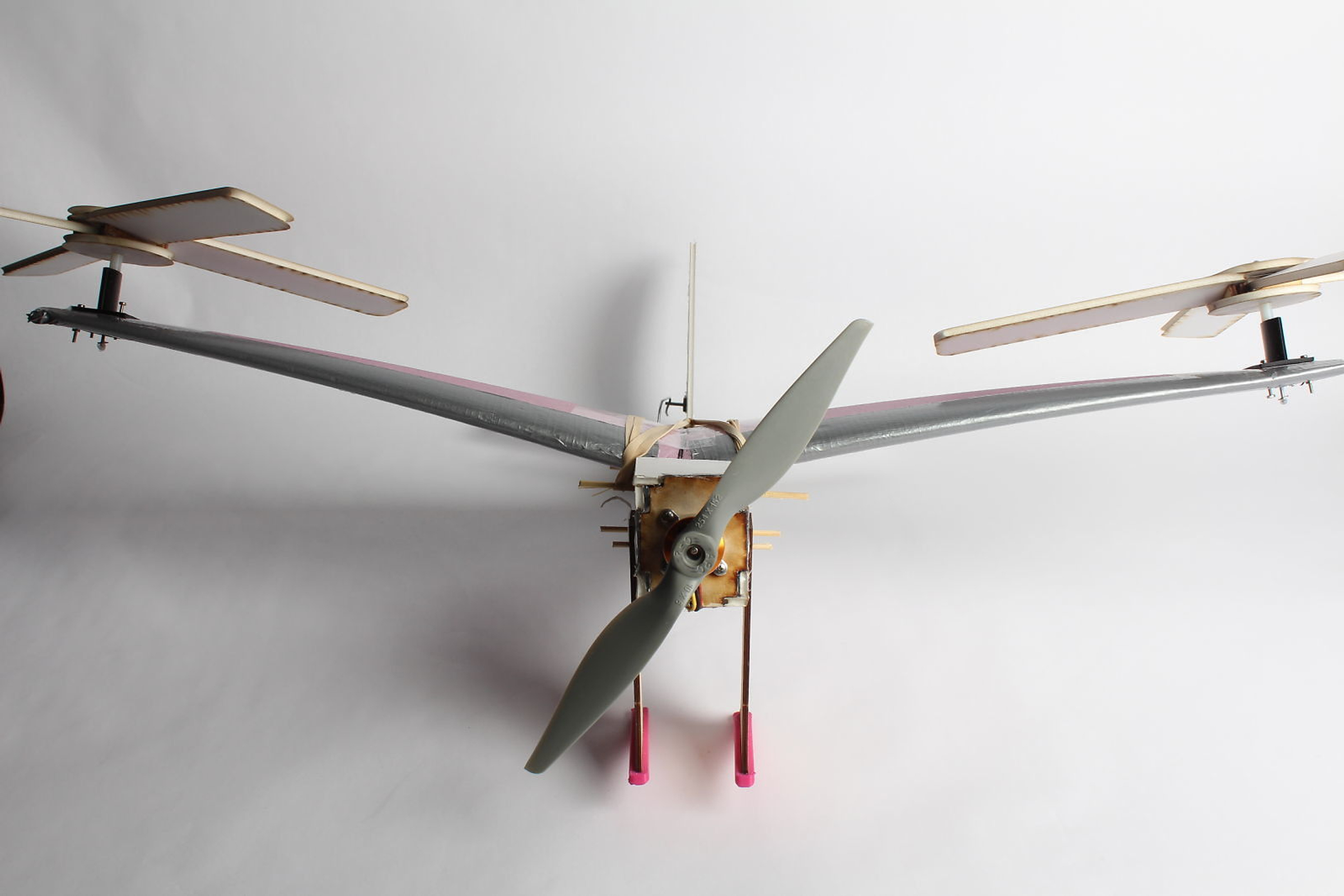 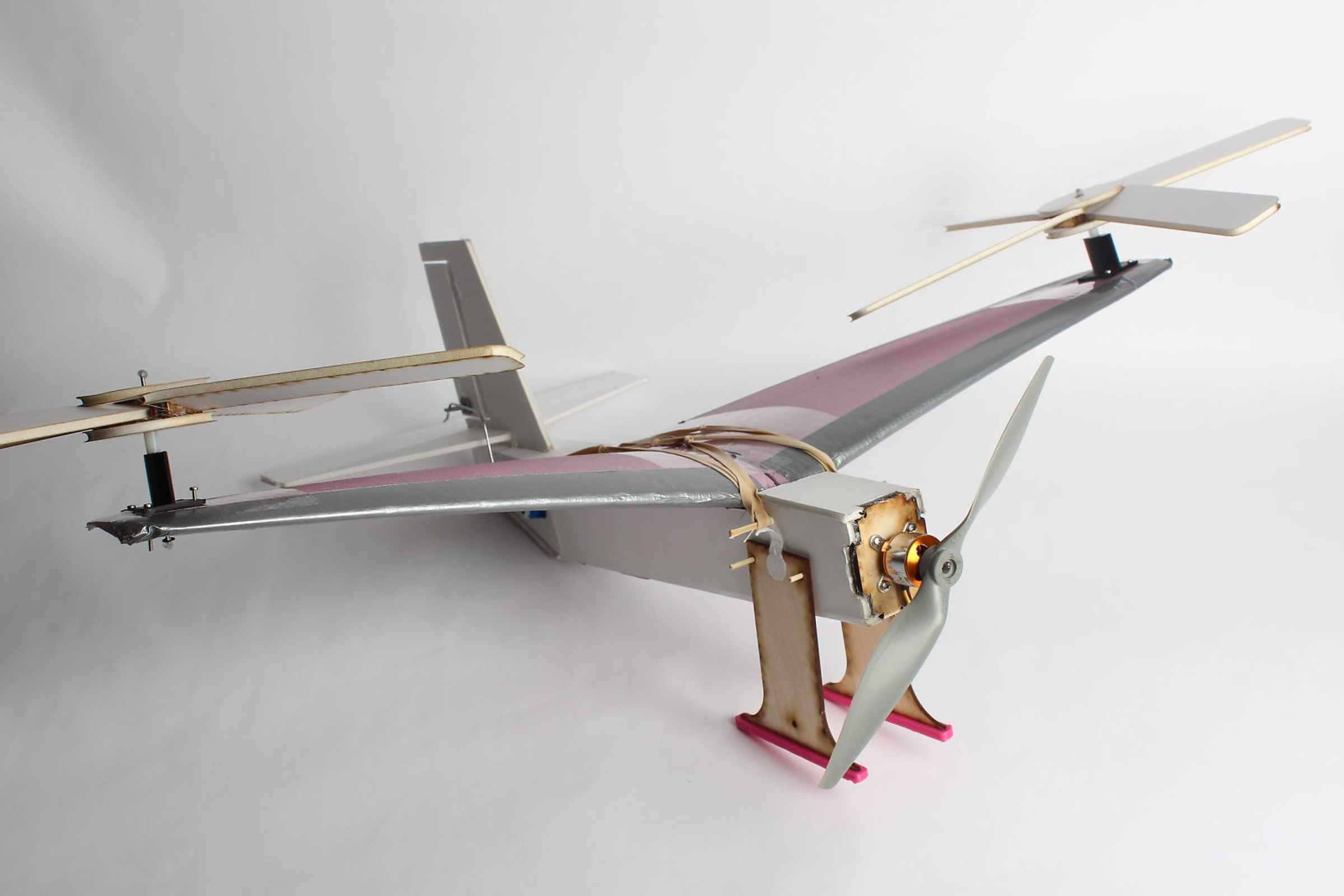 The objective of this program at Nuvu this year was to create a flying object that was reminiscent of something science-fiction. Inspired by numerous flying objects both real and fictitious, our group created a plane that had many components of a standard airplane, but also included free-spinning rotors on the wing tips and a forward swept mono-wing. The advantage of the rotors on the wing tips is that they catch the on-coming wind and thus create more lift, while also slowing the plane's speed. Although this solution is inefficient for the motor as it has to carry extra weight that has a fair amount of drag, it makes the plane easier to fly in a small area, such as the testing field. The convential tail allows for air to freely pass over the wings without disturbing the horizontal stabilizer and made the plane uncontrollable. The foam v-wings are reinforced with tape to prevent fracturing, and the skids prevent the propellor from hitting the ground during landing. This is our final product, a flying, dome-shaped object that flies using four propellers. These propellers are powered by a very small Lithium Polymer battery. This powers a small computer that transmits signal from a remote control to four small brushless motors. We 3D printed a gray frame that holds all of these components. In this 3D frame, we included stands to hold the part of our project that is asthetically pleasing. The material we used was fiber optic cables. These have a coat of chemicals around it and transmit light through it and shine out the end. We sanded the outside so that the outside as well as the inside would light up and cause a glowing effect.