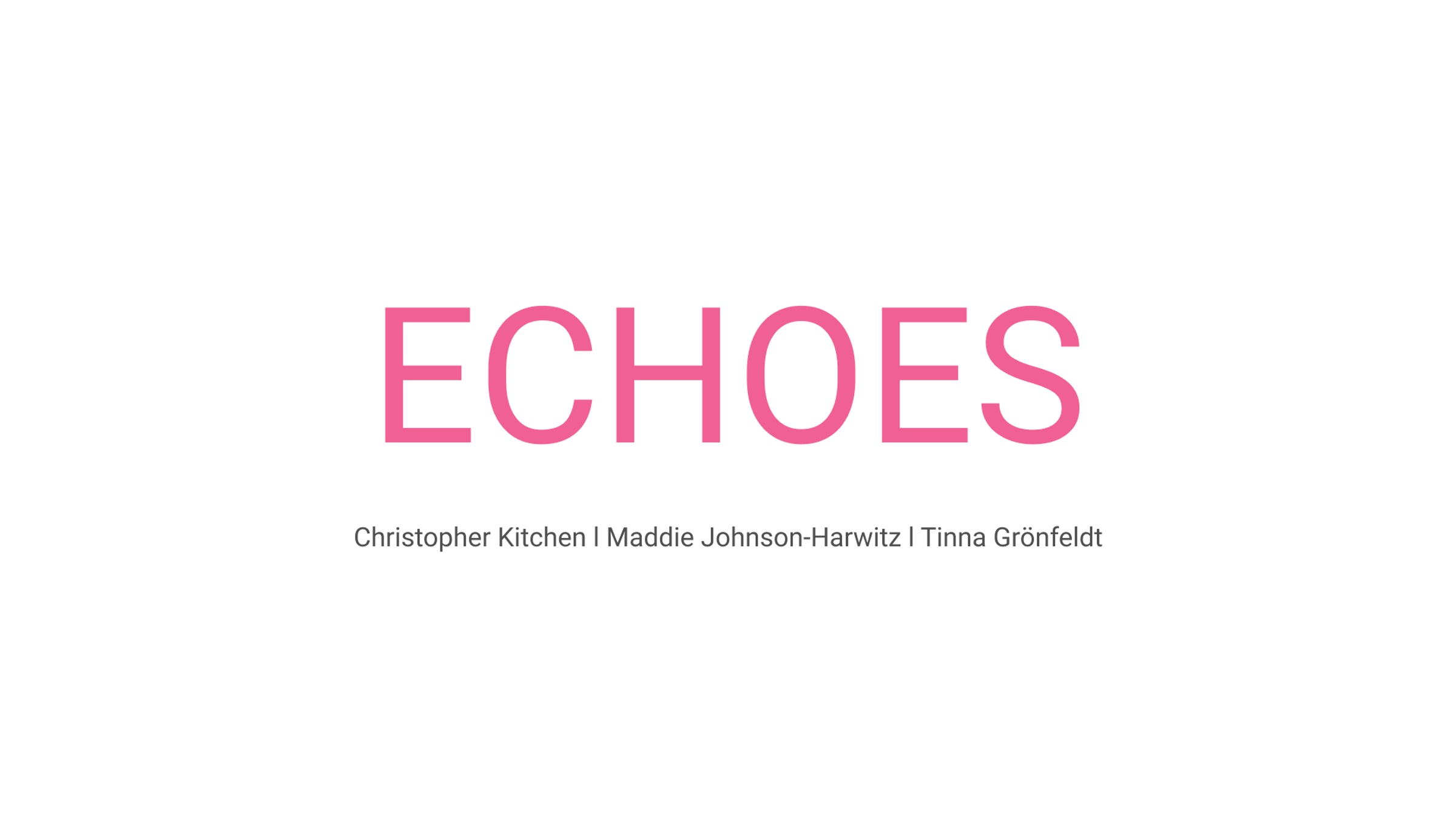 Echoes is a sonified three-dimensional map that uses cymatics to showcase the activity of each NuVu hub around the world. It aims to connect and bring together all the NuVu partner schools through the visualization of sound.

The display piece is comprised out of a table-sized dish, speakers, and liquid. Under the liquid-filled dish, the speakers are placed where the NuVu hubs would be on a traditional map. When activated each speaker plays a distinct audio clip from each NuVu partner school. The frequencies of the audio clips cause the liquid to vibrate in intricate ways, which causes the ripples from the vibrations from each hub to collide and merge -into one, showcasing and promoting the connection of the schools.

Echoes is a sonified three-dimensional map showing the activity of each NuVu hub. The installation connects all of the various NuVu locations, and uniquely frames the movement of NuVu around the world. Connecting between different cultures, through distance, and across time-zones, this installation brings to the life the uniqueness of each NuVu location, uniting the entire network.

A tabletop-sized installation displays the seven continents encased in a large clear container, and inside- under each NuVu location- there is a speaker placed. Held atop the case is a bed of ferrofluid. Each speaker is designated to the NuVu location it is placed under, and cycles of 24-hour recordings taken at the individual NuVu hubs are played through them. Depending on the activity and time of the NuVu location, the sound exiting the speakers will activate the ferrofluid above and stimulate cymatics. When people are active at a NuVu location during the day, the cymatics above the continent will be heightened based on the ambient noise level. When it is night-time in that time zone, the ambient noise level will not be high enough to activate the cymatics.

Echoes uses cymatic reactions to visualize the activity of NuVu around the globe. It plots all the NuVu & NuVu X locations on a map, placing a speaker on each location. Audio recordings are taken from each of the spaces, then modified, and finally played through the corresponding speaker. These modified audio clips will interface with a layer of liquid over the entire map, creating cymatic reactions. This creates a rippling wave effect that directly corresponds to the level of activity at a given location. When two closeby locations are active at the same time, these waves will interfere with each other, creating a new pattern, and showing the potential connection between the two spaces. This generates an engaging visual representation of NuVu's activity all over the world.