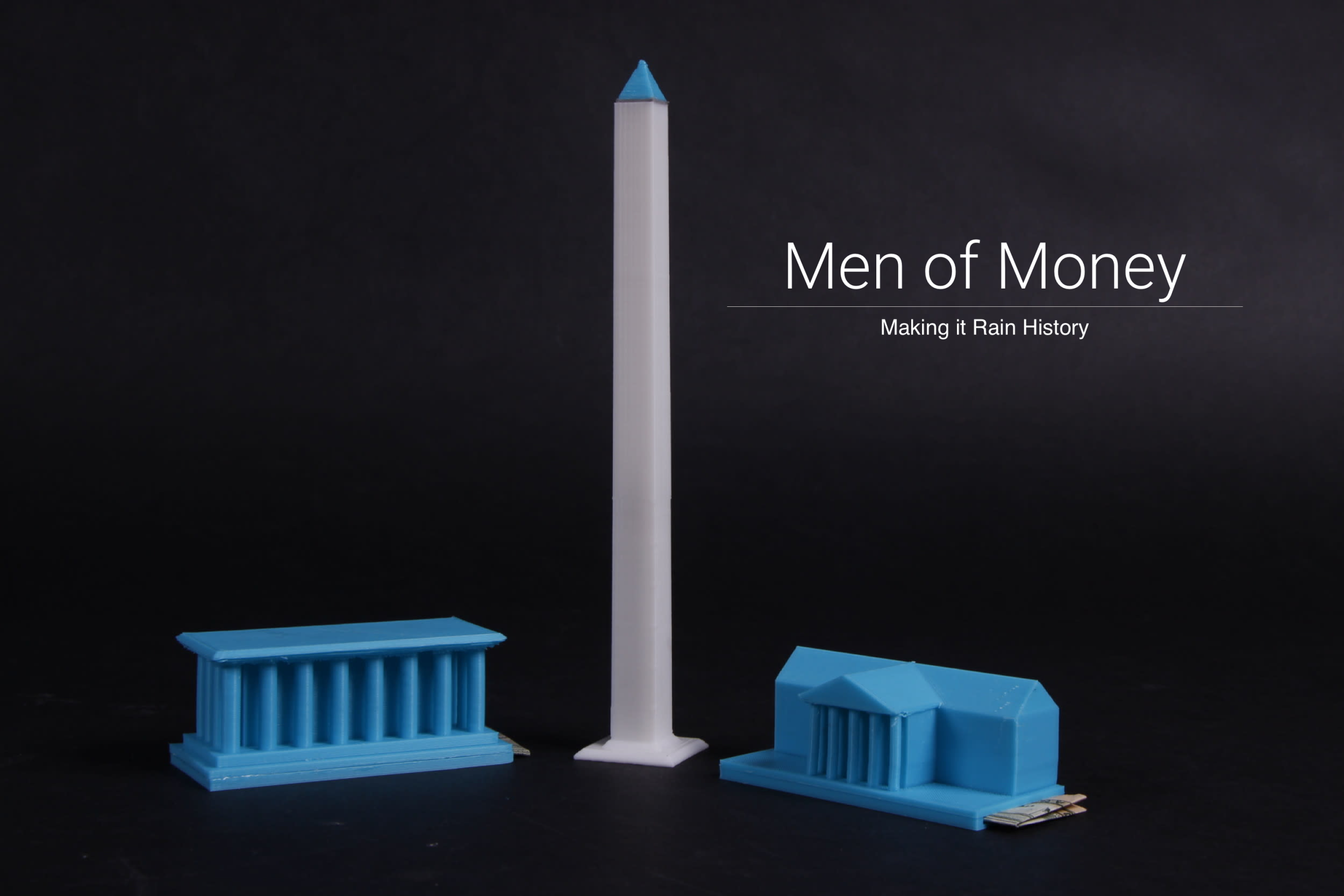 Men of Money uses augmented reality in order to teach users about United States history. The project tries to combat the issue of people not knowing about history. The goal is that a deeper knowledge of history will cause more people to vote in elections because they will understand how the results of elections will shape their future. Augmented reality and 3d printed models work together to create an immersive game-like experience; this allows users to both see and hear the men talking about themselves. Animoji is also used in order to record the audio of the men. The user will come away from the project having learned about different people in the history of The United States. Anyone from a young student to a deeply knowledgeable history buff will enjoy the app, which is designed to be accessible to all ages, both socially and educationally.

U.S Currency does its job very well; being money, but one thing it doesn't do is teach about the history behind the presidents, monuments, and buildings it displays. By using Augmented Reality the app Men of Money can educate anyone with a phone and a full wallet about the presidents. Everyone from educators to animators to apprentices can learn more about U.S. currency and the history behind it. The hope is that by using this app more people will become interested in U.S. history and its presidents. By using Augmented reality the app is able to project a 3d model both onto and surrounding the bill without needing a physical object to be present; by doing this the experience is much more portable and accessible because all you need is right in your pocket. Vuforia allows you to track an image target in the real world by using cameras. This also allows you to move your camera around the bill and interact with different parts of the model.