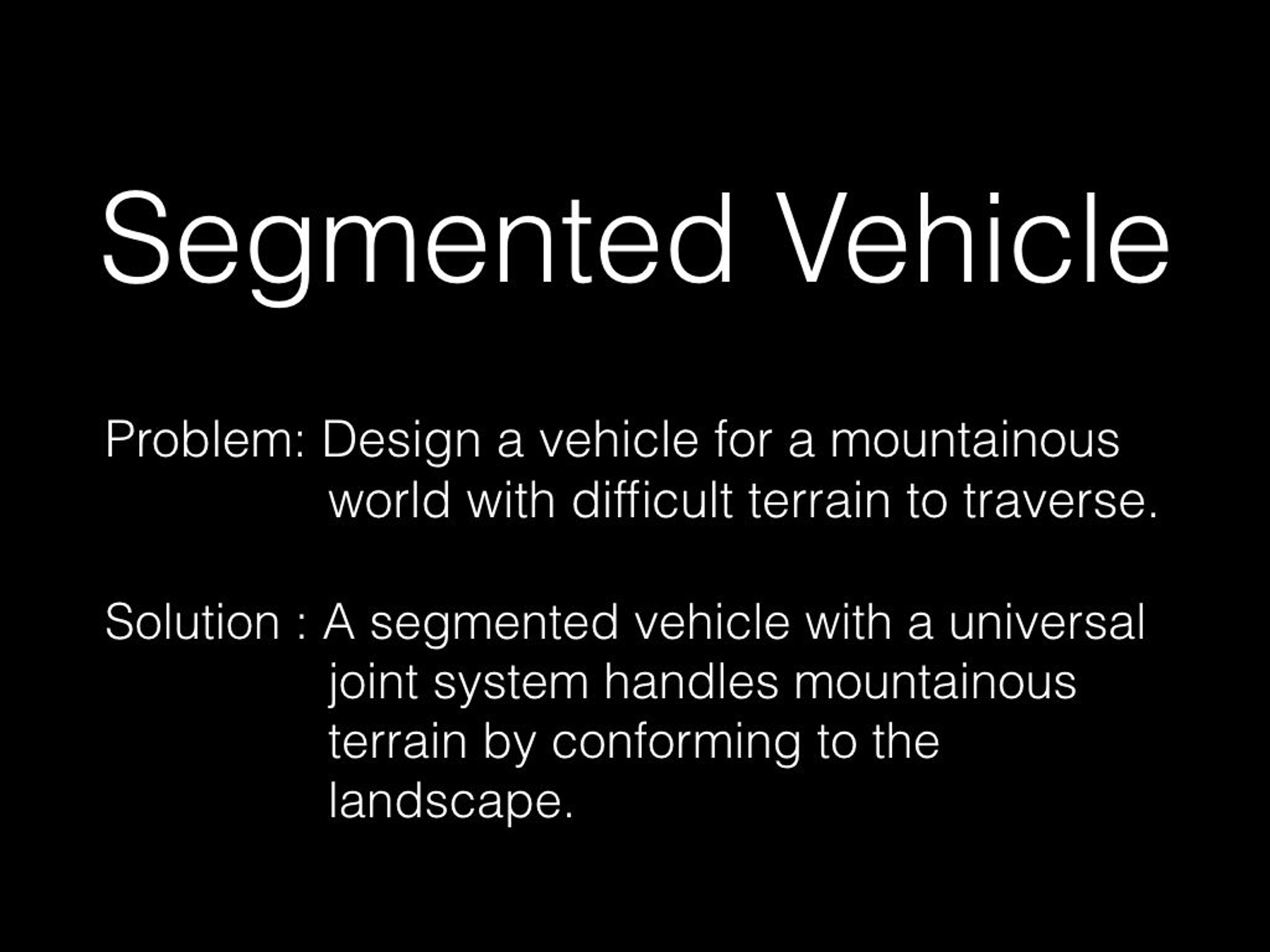 You will be creating your presentation on the NuVu Platform.

Absolutely no more than 9 Slides!

1 Title/Intention Slide. For build projects, describe the Problem and Solution. For conceptual projects this can be expressed as Intention/Solution. The slide should include the name of the project and a one sentence statement of both the problem and the solution.

Example:
Segmented Vehicle
Problem: Design a vehicle for a mountainous world with difficult terrain to traverse.
Solution:  A segmented vehicle with a universal joint system handles mountainous terrain by conforming to the landscape.
1-2  Precedent Slides.

1 Concept Sketch. This should be a clean sketch of your initial ideas. If you do not have a nice drawing or lost yours, create one now!

2 Iteration Slides. These slides should show early prototypes of your design. Focus on big changes. You do not need to show tiny changes.

2-3 Final Slides. These should show clean images of your final project (these should be taken in the photo booth).

The text of your post should have a strong narrative that ties together the Why, How and What of your project through clear, cogent writing. Tell the story of how your idea was born, developed, and manifest.

The text should include the following 2 items:

Things to think about:

Our previous project, The EmoOwl, helped children with autism to express themselves by translating motion into color. As we sought to expand our children’s health menagerie, we thought about making a different stuffed animal to help kids in hospitals. We quickly realized that the pain charts that patients used to express their pain could be made more interactive and easier for a child to use. We read that playing with stuffed animals can take the children’s mind off the pain so we created an additional “Fun” mode to distraction from pain and anxiety. The handcrafted stuffed animal uses force sensors in different body parts that light up from blue to red depending on how hard they are pushed to show the child’s pain level. It is our hope that Penelope will help sick children feel safer while providing more useful information to care providers. We anticipate that Penelope and the EmOwl will soon have many more friends to help improve healthcare for kids.

Upload a short video showing your project in action. Do not count on your project working as you expect during the presentation.