This project has been an interesting adventure with many things to overcome and deal with. We began the studio with making a mind map of what came to our minds when thinking about “mobility.”  A mind map is a brainstorming map where you have a main idea (in our case mobility) and include the smaller ideas that branch off the main idea, and even more detailed ideas that branch off the smaller ideas. Through this process, we came up with a topic of our own. We each individually chose compelling topics from the mind map and explored how they might work as a short documentary film and wrote a pitch on it.  The pitch was a form of writing that we used to sell our idea for a movie. We presented the idea, and chose the top two to be made into films.  Our group focused on creating a documentary on education and technology.

Originally we wanted to interview two schools to get their perspective on education and technology at their schools.  We were going to compare and contrast the two school systems (public and independent school) by examining the students at those schools.  In order to do this, we have to get permission from a public school, so our first option was Cambridge Rindge and Latin.  This was not an easy process because none of us had experience with calling schools to be a part of a documentary film, so Biz taught us the proper way to communicate with the schools.  One of our team members stepped up and called the school but for some reason she received a different response as compared to Biz who was given a direct response.  In the end, we did not get access to the CRL students, so we started looking into other options.

Abby had connections to Needham High and Biz had connections to Newton South High, but even those schools did not give us access to interview their schools. Each time a school denied our group access to their school, we were reminded of this common theme that people fear that technology will define who they are through social networking websites.  Many kids have their identity defined based on their facebook page or instagram profile, and not based on who they are as a person inside and out. This led my group and I to change our documentary focus to how technology affects students inside and outside of school, academically and socially and use Beaver Country Day School as our single case study. Because of our idea getting shifted towards the end of the first week/beginning of the second week, our footage was shot very quickly and efficiently within the last few days of the second week of the studio. We divided ourselves as a group, two shooting footage at Beaver two processing/editing the footage that had already been taken. This simultaneous shooting and editing allowed us to complete filming with time to spare for finalizing editing. Through this process, we learned to save a lot on final cut pro as it tended to force quit unexpectedly.

During the editing process, we learned how to sort through a massive amount of footage. We did this by organizing it and deciding what we want to keep and what we can get rid of based on what we wanted our overall message to be. We organized it by watching all of the footage and if it was poorly filmed, we deleted it; if it was filmed well we kept it. We then went through the footage again and chose the footage that clearly portrayed the message we wanted our documentary to portray. We also learned how to actually put together a movie. This involved envisioning scenes, making clear decisions on transitions, incorporating a soundtrack, and setting up a narrative that would be both visually and intellectually interesting. Ultimately, we focussed our decisions on the desire to tell the full story as concisely as possible.

Our task during the studio was to produce a documentary on a subject of our choice. Each student came up with a different subject and then from there we narrowed it down to two.One of which was how technology has been integrated not only into education, but also into society. In order to suite our subject we learned to film in certain settings and edit our film. We started  filming in Beaver Country School.This included filming class rooms, hallways, all school meetings and the exterior of the school. Once we started to get the hang of it, we wanted to get at least four or more interviews from Beaver students both upper and lower classmen. Once we had all the footage we uploaded and edited the film using Final Cut. The last step was to find music and voiceovers to complement the footage.  The final product is titled “Techover: Behind the Screen.”

We created a short documentary, an exploration of time. Time plays a huge role in our lives but we don’t think about it much. Our film explores different perspectives on time, from religious views to views on death. We wrote the narrative, interviewed strangers on the streets, made time-lapse videos and learned how to edit our footage. We used Final Cut Pro to make the video.

We started this studio off by watching short documentaries to see what was possible. Each documentary we watched had a completely different style. We saw some that were very direct and to the point and we saw others that were much more artistic and abstract.

We then started to explore topics. We looked at the concept of mobility and brainstormed. Then we looked at all those ideas that branched off of mobility, and tried to take those a step further. We next branched off of those ideas then looked back at everything we had come up with.  We needed to pick a topic that was expansive enough to be interesting yet manageable. We then individually came up with a pitch for a documentary.

Once every one had pitched their ideas we tried to narrow them down and combine into groups. Our group ended up getting narrowed down into the topic of time and commute.

Once we had our topic, we just went out and started to film. We filmed busy streets, crowded sidewalks, trees swaying, China Town and general people moving about their days.

We then started editing it down. We had a lot of footage, much more than we needed for our short video so we had to pick and choose what we liked and how long each segment should be.

We also interviewed and filmed people on the street, which was tricky. Going up to people takes a lot of guts. The first time we went out we had the camera set up and would just watch people walk by, too scared to ask them for an interview. Once we finally built up the guts to ask people they kept saying no. We found that we shouldn’t ask anyone with headphones on and if they didn’t make eye contact you shouldn’t even bother to ask them for an interview. It was probably forty-five minutes in until we got our first interview.

When we were interviewing people we had a few basic questions that we wanted to ask them. We asked them how valuable their time was, if time goes at different speeds for them and what they think time is? Some people got really deep into the questions. It was cool to see people just open up. We completely stumped a few people with our questions and it was interesting to see what they ended up coming up with. We also interviewed people who just gave one-word answers. They weren’t as helpful.

The people we ended up interviewing were mostly guys. It was really hard to find girls to say yes. A few of the girls who did say yes gave us one-word answers that were unusable. We noticed that the people who work in the small businesses around Cambridge tended to go deeper in their interviews and were much nicer in general.

We also interviewed Jeff Lieberman. He is a really interesting science, artist, time guy. His interview was fascinating. He was really good at thoroughly answering our questions and was simple to understand. He told us some concepts that blew our minds!

Once we had all the footage we had to put it together. We went through all the footage once and edited our voices out of it. We then took the best parts of every interview and made a little database of the usable parts. Next we organized those parts into categories, and started to lay it in the documentary. We then looked at everything that was missing from the documentary and headed out to go film the missing parts.

We then edited as much as our hearts desired…then we edited some more. It was hard to edit after a while because we had watched the footage for so long. We were becoming numb to the footage. It was good when we would get a critique because it would refocus us to the video.

It was also hard to find the background music for the video. We wanted something with no words and lots of repetition. We all went on YouTube and tried to find some songs that we could use. It was trickier than we though it would be to find a song. In the end I think we were over thinking the music a little bit. We’re happy with the music choices that we made.

We also wrote a narrative for the beginning and the end. It was tricky to write because we wanted to go in depth without giving away the whole story line for the video. Once we had written it we had to speak it. It was hard to talk slow enough and clear enough. We are happy with the narrative we came up with.

Once we had all the pieces we just had to put it all together- that was the best part. It was so satisfying how it came together all at once. We are really proud of what we made. 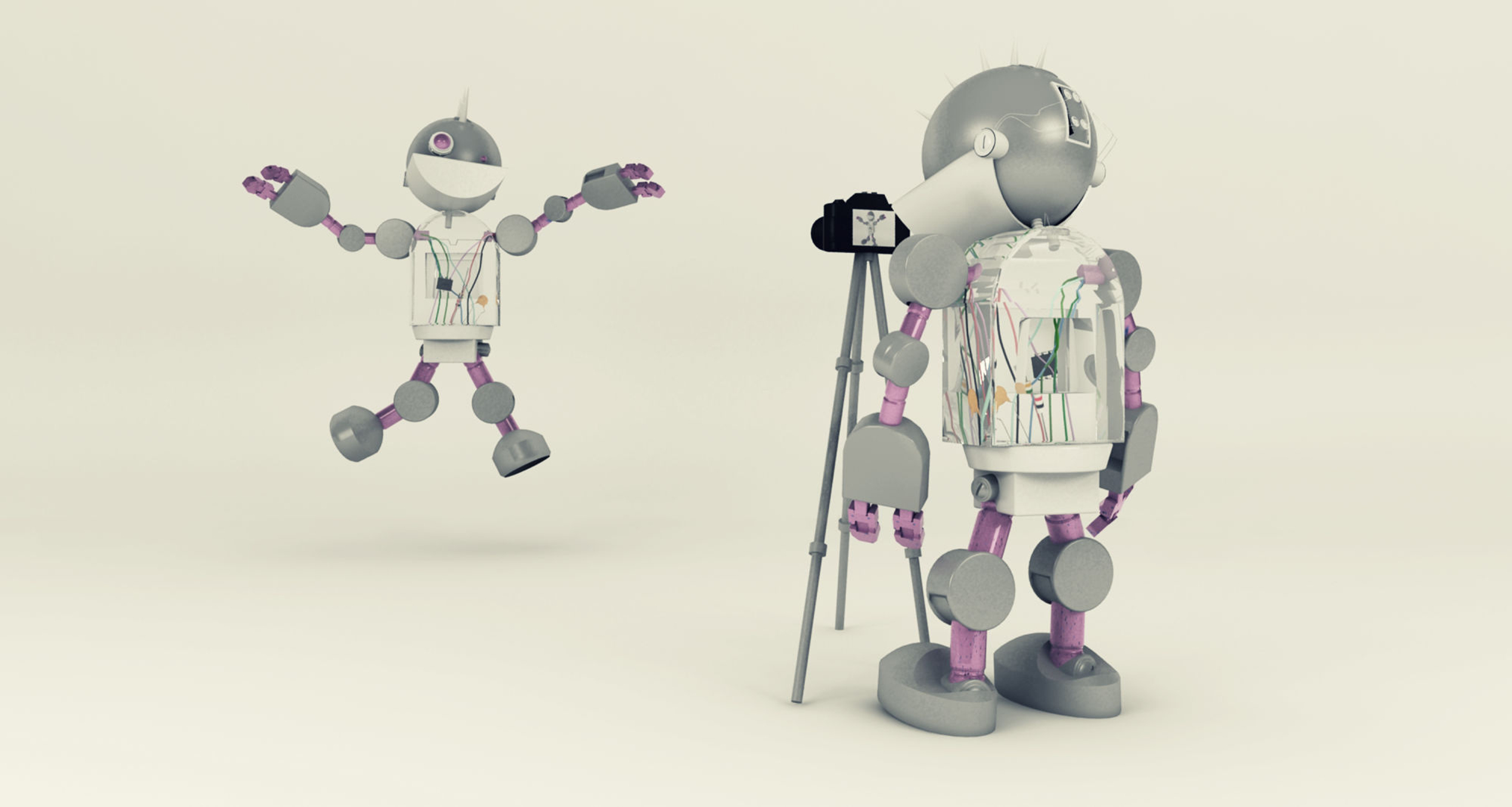