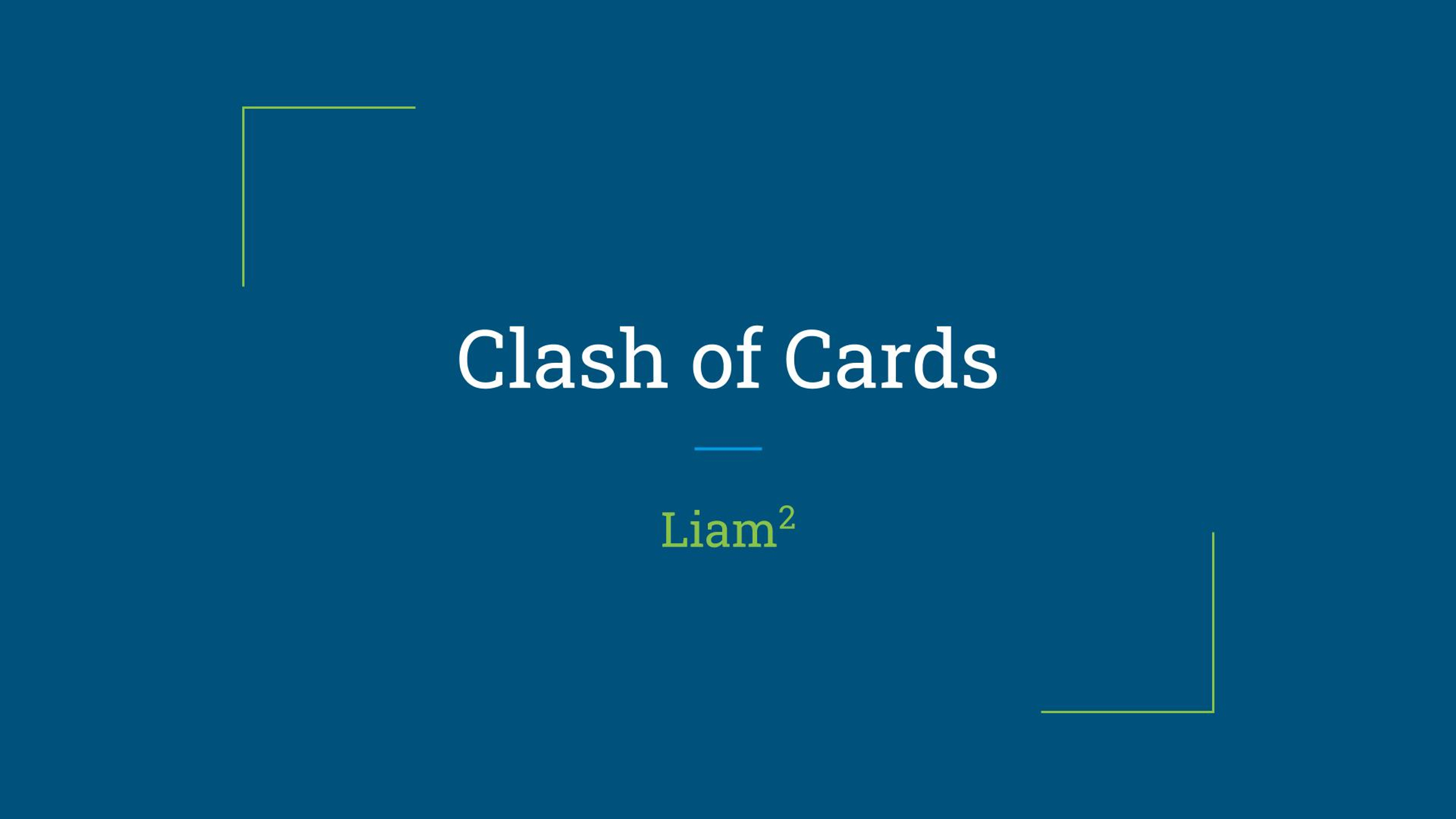 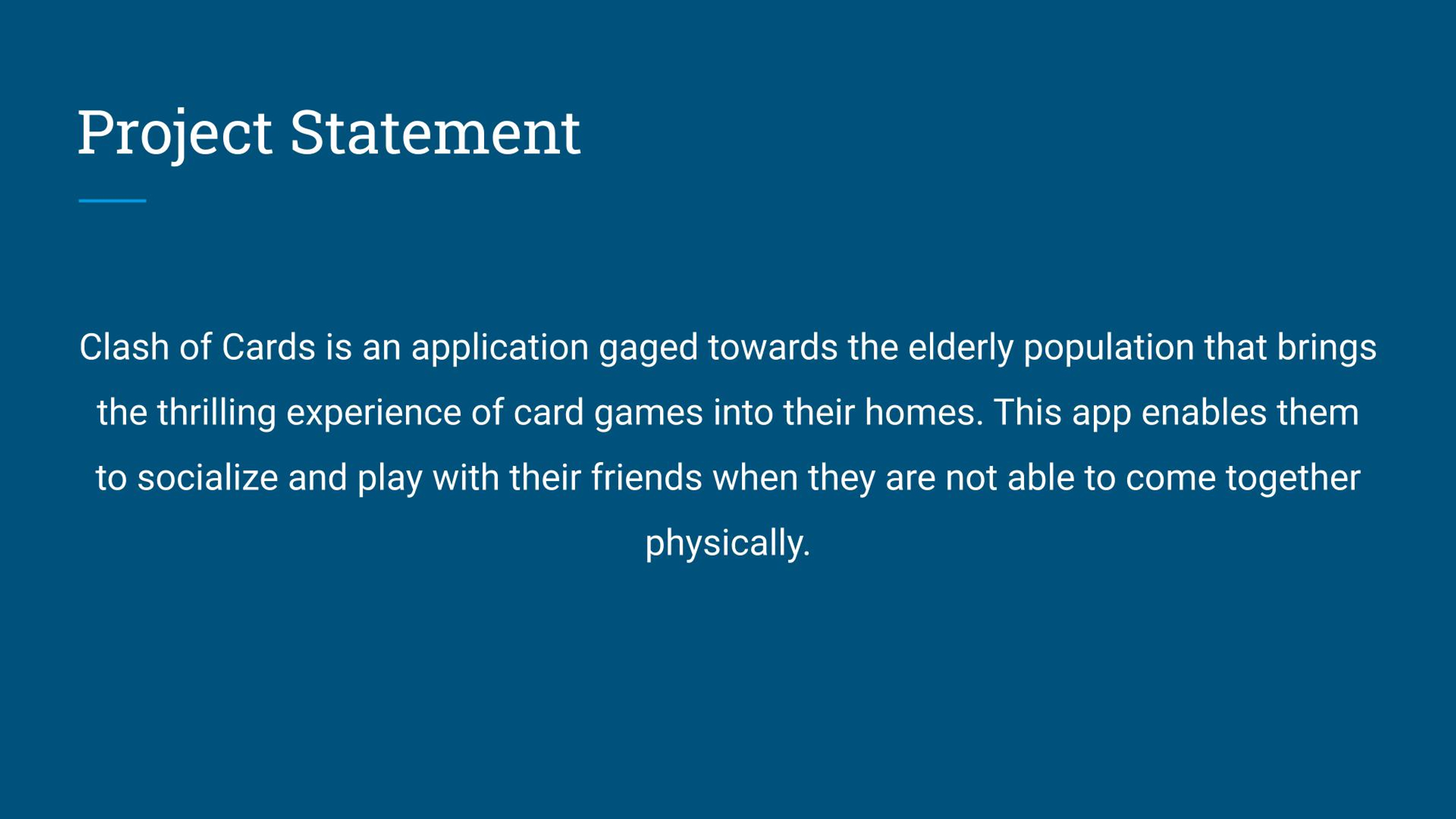 Clash of Cards is an application gaged towards the elderly population that brings the thrilling experience of card games into their homes. This app enables them to socialize and play with their friends when they are not able to come together physically.

The app utilizes a video chat component as well as a lobby function that allows friends to play with each other. In these difficult times, it is hard for people to socialize among themselves and it is especially difficult for people who are less technologically able as the rest of the population. This product is gauged towards the elderly population that would normally be playing card games in person but are now stuck at home with little to do. During this social distancing period, everything has shut down including community centers and bridge clubs. For some people, playing cards was one of their few forms of social interaction. The app brings this interaction to the virtual world so people can play from the comfort of their own home. The app consists of a lobby system where users can invite their friends to a game at a set time and also a video chat system to try and replicate the face to face interaction that is no longer possible. There is no multiplayer games app on the market that is oriented towards the connection of the elderly population. This product is intended to bring back the social interaction that no longer exists due to social isolation.