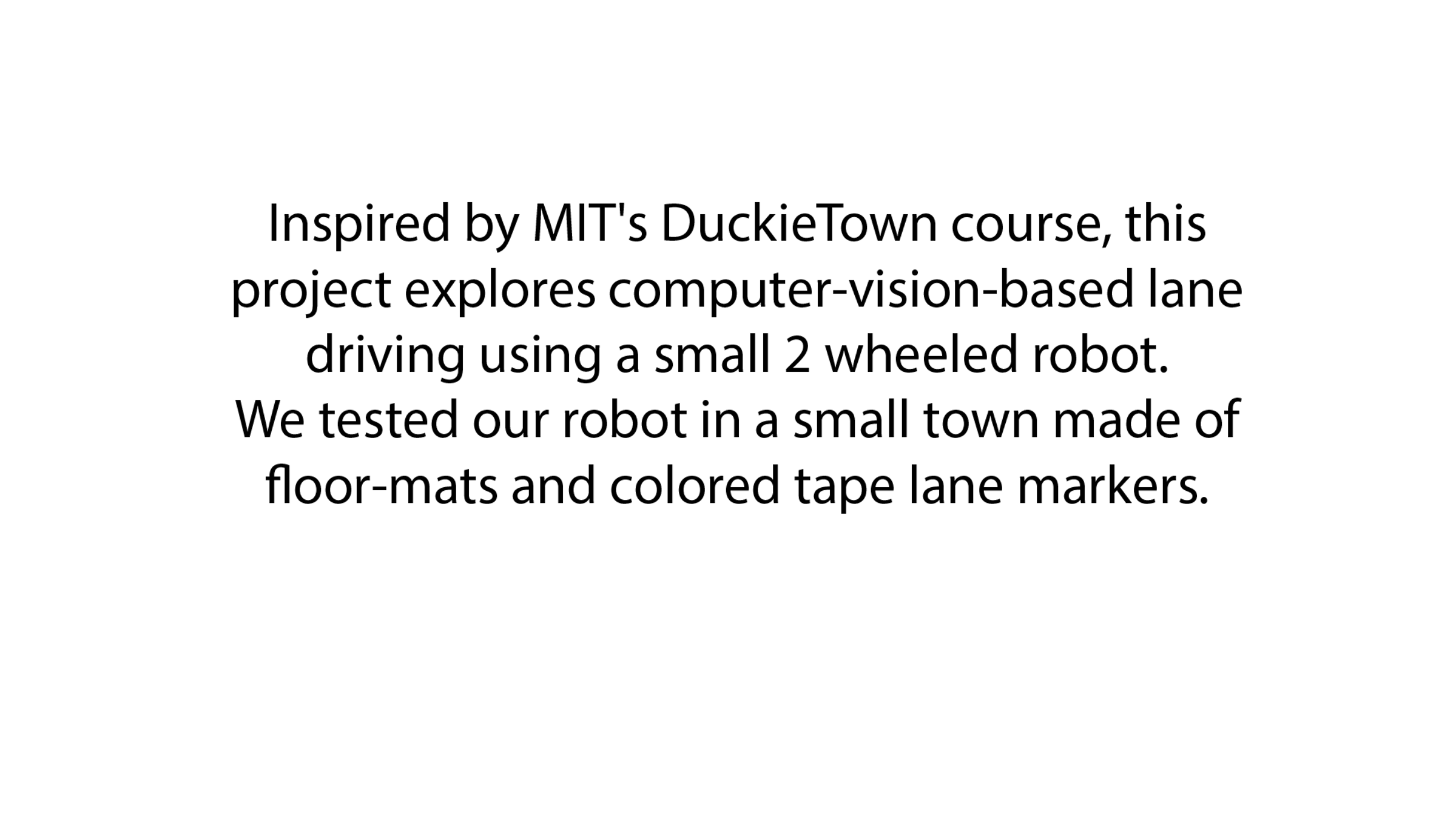 Modeled after MIT's Duckietown, NuVie Town provides a miniature environment in which small autonomous vehicles can use computer vision to follow roads and obey traffic signals.  A ceiling-mounted camera is used for local position similar to how GPS is able to give the current and surrounding locations.

This project will require learning how to code in python (and a bit in C++) and use the OpenCV library along with a few other smaller libraries to make the robot run. Additionally, the concept of telling a robot exactly what to do is very different from directing a person what to do since humans can interperate and deduce what is needed while robotics cannot. However, the coolest part is how this project is a predecessor of current technologies that are emerging and are going to be a prevalent part of human life in the near future.

The process for this project was fairly straightforward. It felt like progress was made every day. Although, this does not mean that challenges were not met. For example, there were a lot of issues with the multiprocessing which kept using all the computer's memory and crashing the program, but even this was eventually solved through a different method of memory allocation. In the end, the final result was a stable program that could navigate the streets of Duckietown.