This is a video of our centipede, unfortunately, not all the segments are synchronized. 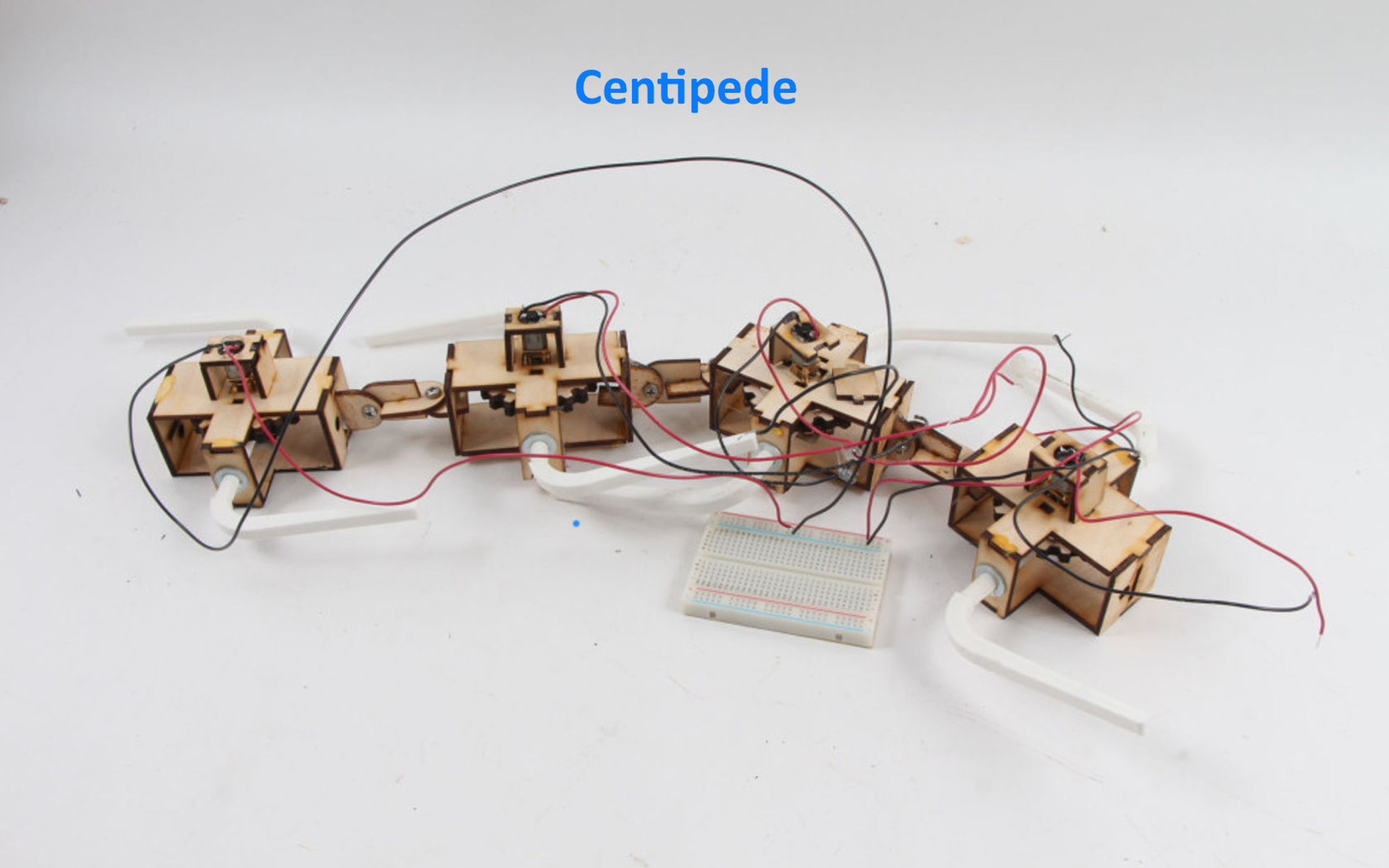 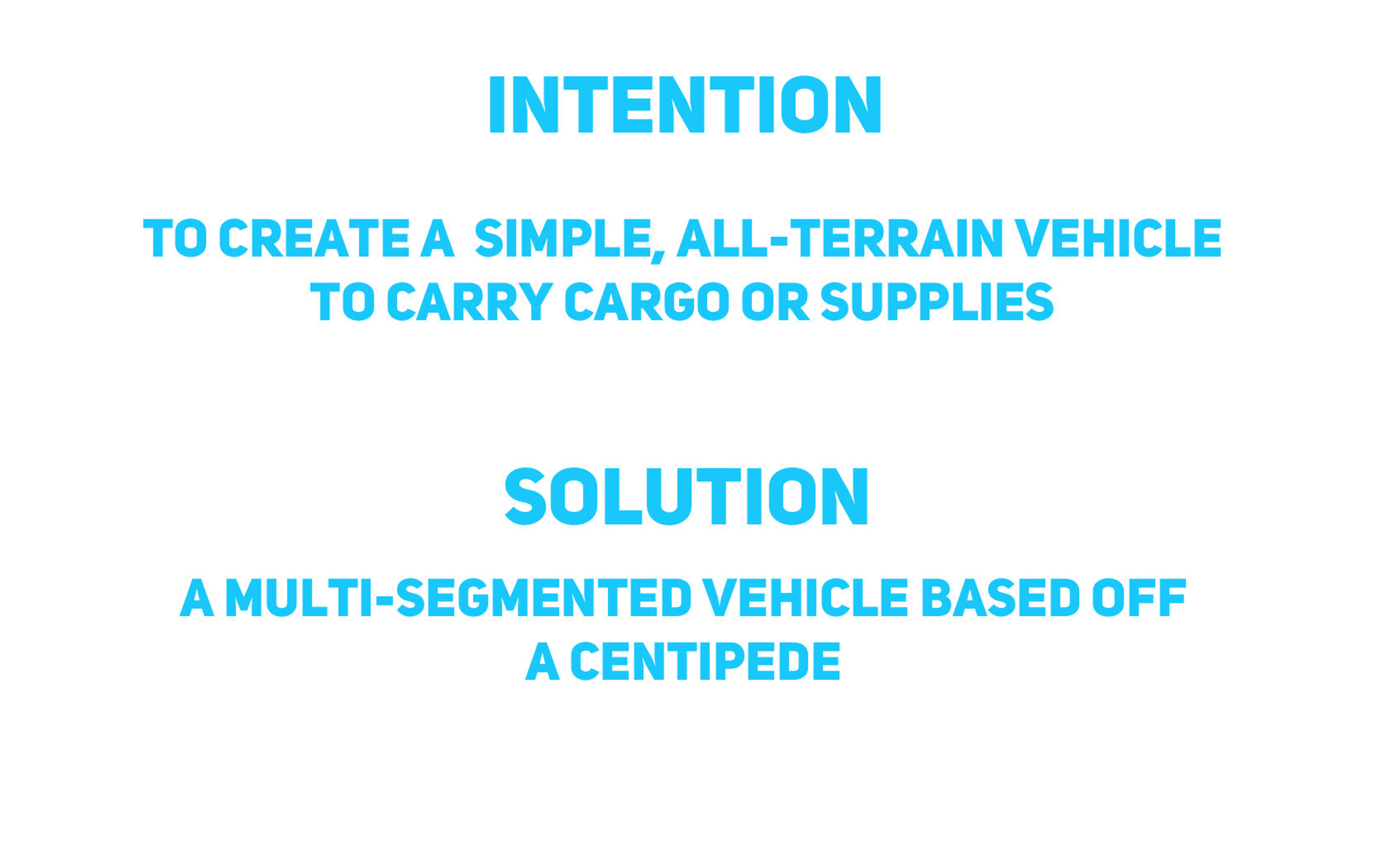 Imagine that you have just been wounded, and have no materials or ways to mend it. This can be very dangerous, which is why we invented something to bring it to you at a moment's notice. The Centipede is an all-terrain vehicle designed to carry supplies and bring them to those in need. It is broken into multiple segments to be able to bend and adapt to turns and hills in the enviroment. Each foot makes contact with the ground right after the one before it to keep the robot stable. The Centipede uses an extremely simple design, and each segment is just holding 2 gears, one attached to the motor, and one attached to the axel. The joint holding it together is 2 hinges slotted into each other to keep the segments limber and able to move about. We first built everything in cardboard, but it wasn't holding together, and obviously wasn't permanent enough, so we switched to wood and 3d printed legs. Originally we were going to build a Snail instead of a Centipede that would lay cement when placed on a brick wall, but just seemed a little tacky. Next, we went on to build an actual Centipede, which was far too heavy each segment was too big, and wouldn't hold together. We eventually made the segments smaller with no walls, which put each segment at about 4 ounces. We still weren't able to get the Centipede walking in the end, just because we didn't have motors that were strong enough to lift the entire thing, and fit inside the segments.