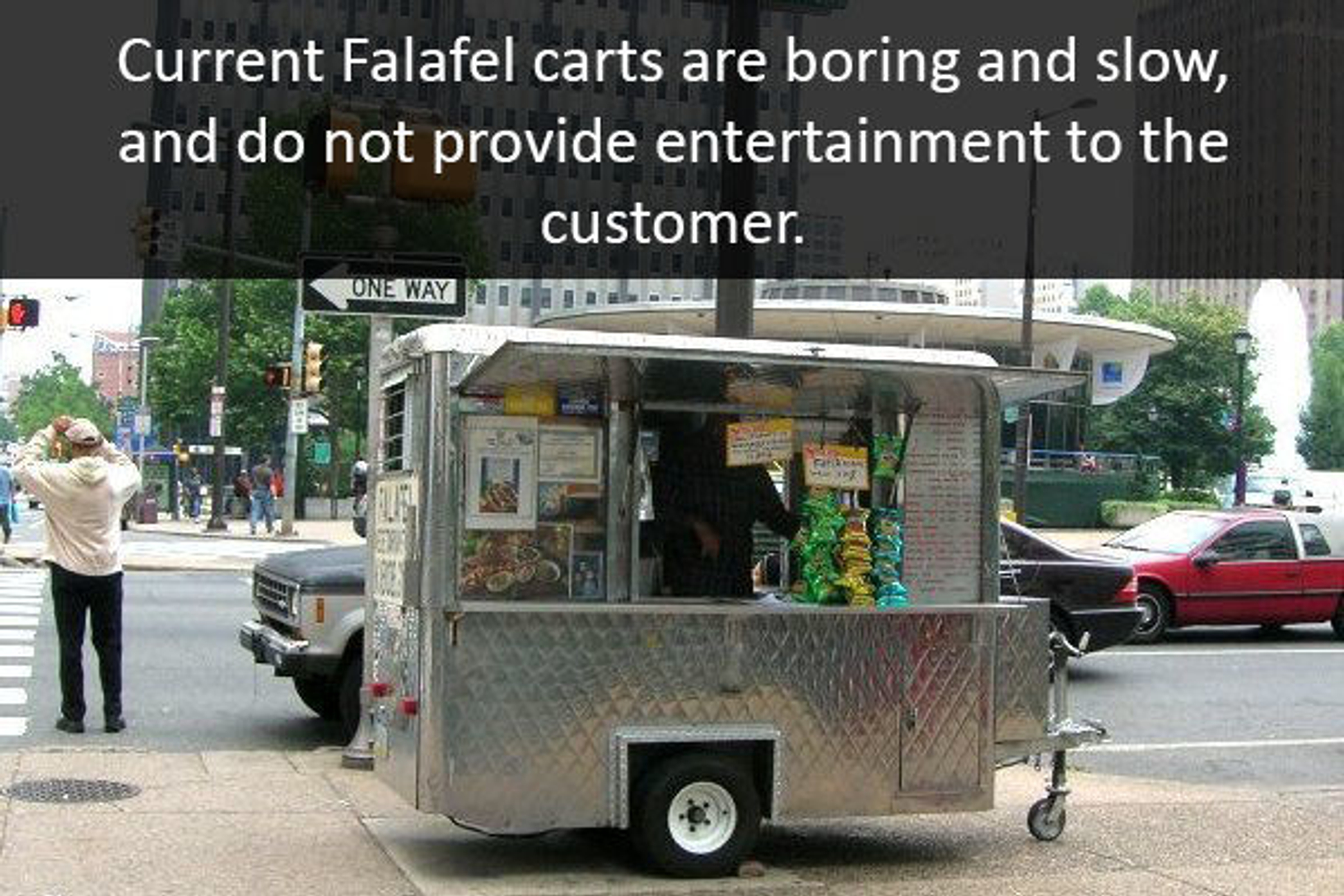 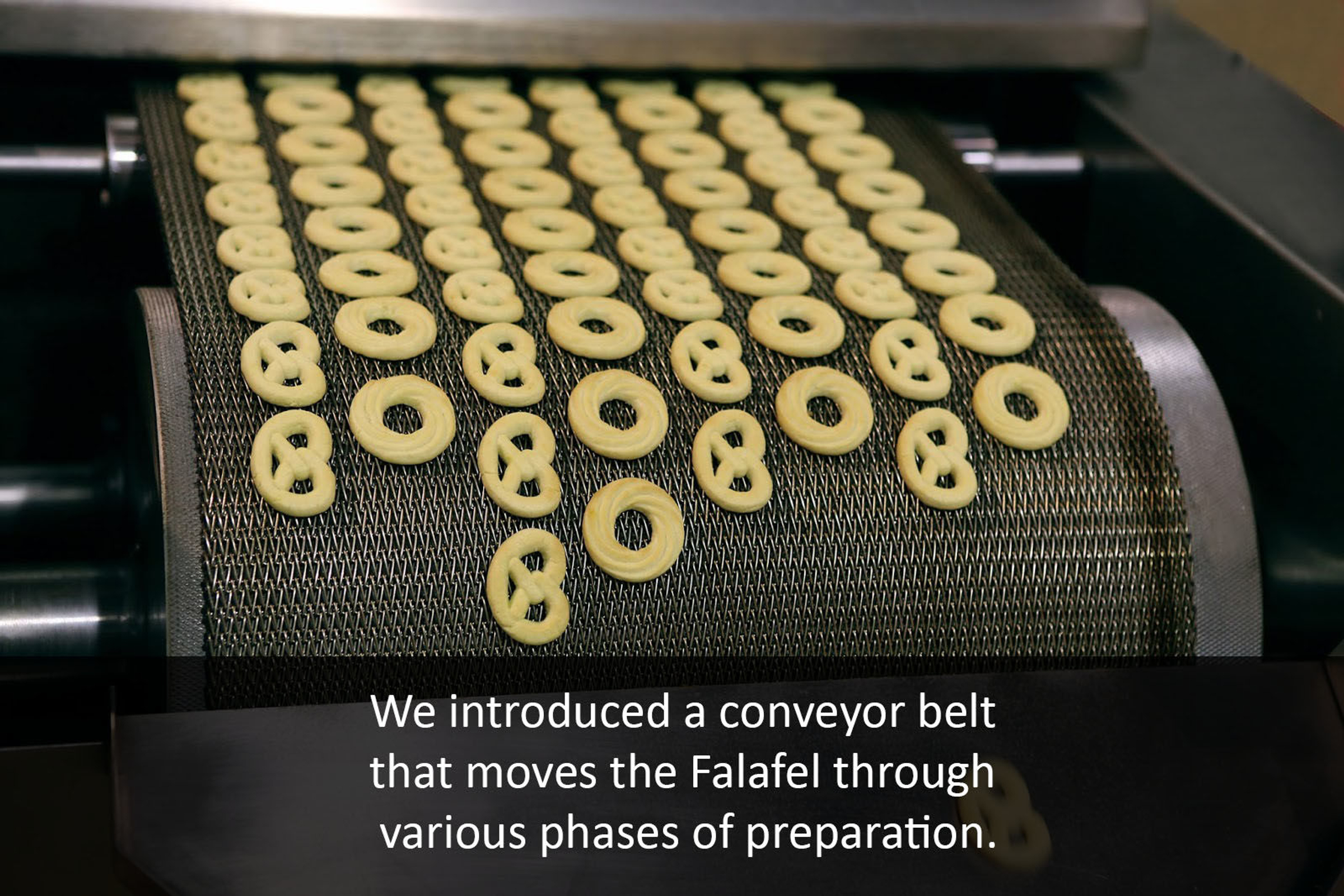 Our goal was to create a conveyor belt that is meant to move large pieces of lavash bread from one side of a falafel cart to the other, while allowing falafel and condiments to be dropped onto the bread. We wanted the belt to be large enough fit the lavash bread, but also small enough that it would fit into the cart. We decided to make a basic conveyor belt that carries light objects while still being small and easy to use.

The first iteration of our conveyor belt was built during the brainstorming process when we were still deciding what our conveyor belt was going to be.  We decided to make a device that would rotate all the way around the cart, similar to an airport luggage carousel.  We quickly designed and cut a conveyor belt out of cardboard with three main pieces connected with pins.  This model turned out well, and it resembled a snake toy.  Since this model worked well, we decided to make a second version out of wood, but with three changes; it was made of wood, it was more stable because we added an extra layer in every connection, and we put electrical tape on the ends to add friction for holding the plates.  This model was great, but after a meeting with the full team, we decided that a design more similar to a treadmill or a conveyor belt in a checkout aisle would work better in our cart, because we no longer needed it to turn.

The second iteration of the conveyor belt was a cardboard model for the twenty-five percent scale model of the falafel cart. It uses paper for the belt, and wood for the rollers. In this iteration, the rollers had to be moved manually since there was no motor, and the belt did not grip onto the rollers well enough to move. There were also five missing rollers and there was no tension so the paper was loose. In the cardboard model the sides were too long, and the system was too tall. Because of this the sides had to be cut down so they were not very clean looking. In the final iteration we hoped to make the sides out of wood, as well as get the belt to move using a motor. We also wanted to make a more durable belt and smaller laser cut rollers to fit in the scaled down model. The third iteration allowed us to see what the system would look like, but it was just a visual representation of what we would make.

The final iteration of our conveyor belt is made of wood. There is a spring mechanism to automatically adjust tension on the belt, and rubber grips that are meant to allow for the rollers to move the belt easily. This iteration is powered by a motor that has a foot pedal to control when the belt moves, allowing it to stop at different intervals so that cooks can add condiments to the falafel. The final iteration is still twenty-five percent scale, but that allows it to easily fit into the full model of the falafel cart, Because of scaling issue certain parts of the conveyor belt are very large and do not leave enough room for the belt.  This means the belt is not wide enough to carry a twenty-five percent scale piece of lavash bread. That then means that the belt is not completely to scale, and it does not move by itself. If we had more time we would have made a full scale version of the conveyor system to get rid of scaling issues as well as gotten the belt moving, but for now this belt is great for showing the concept of our design.