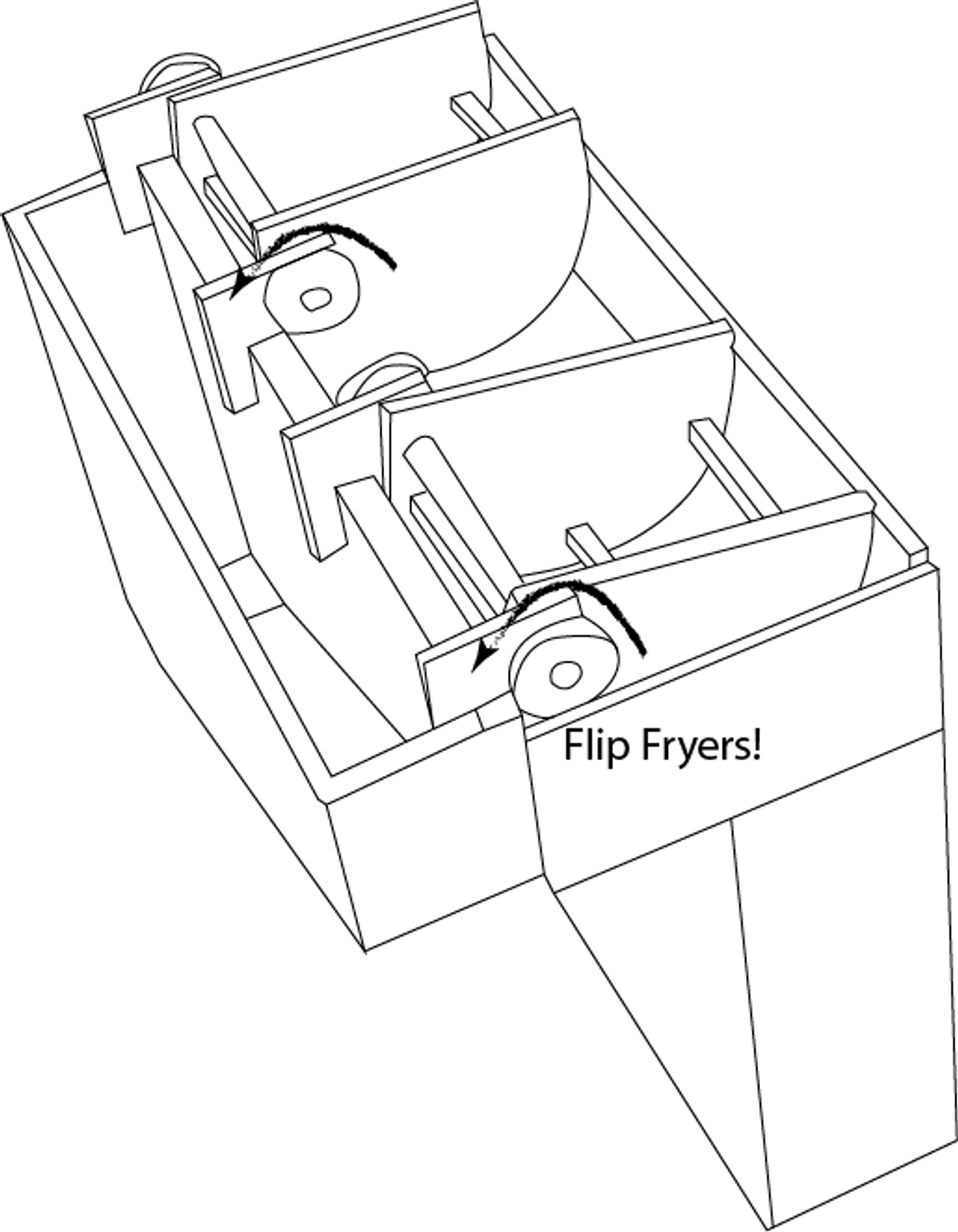 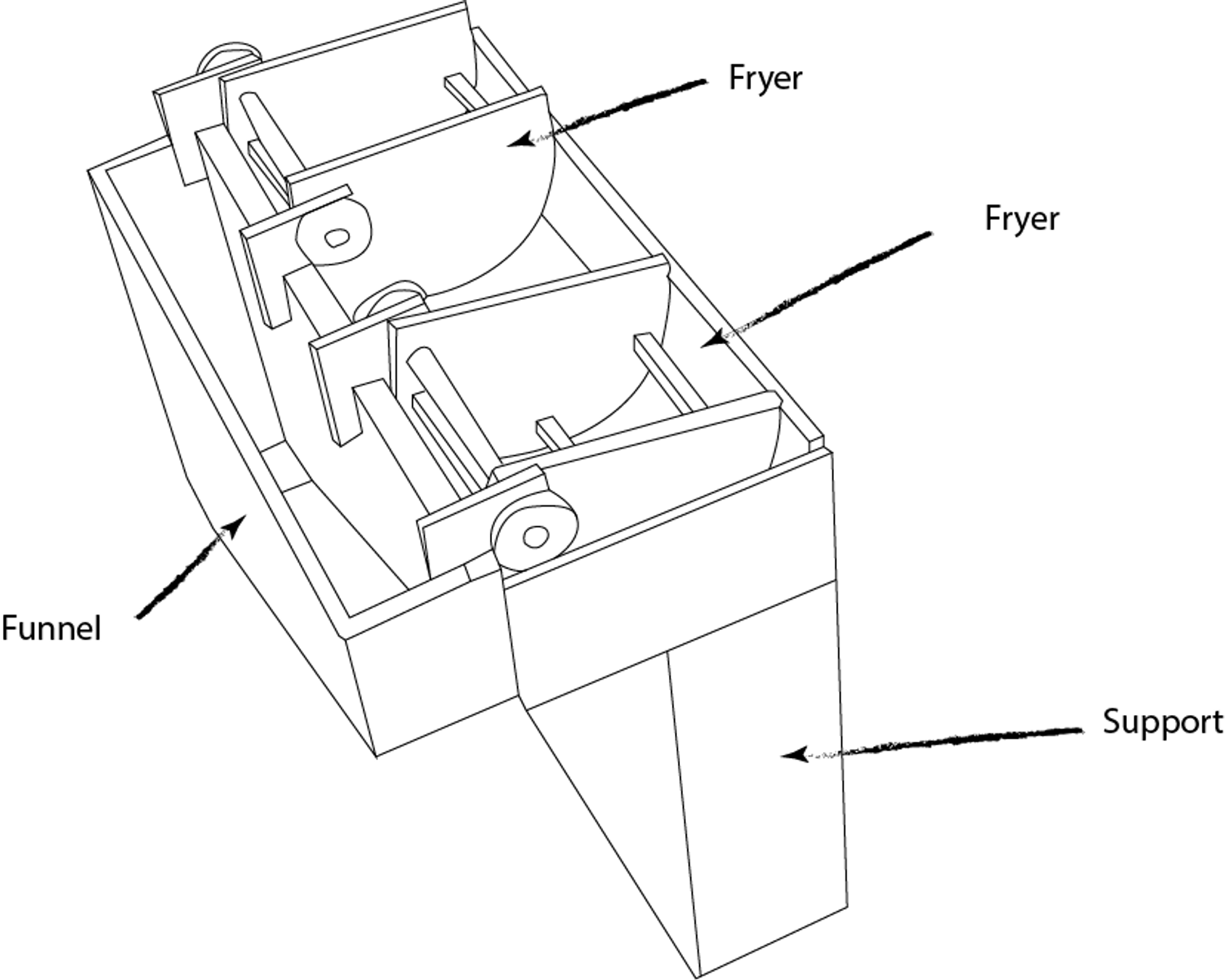 Falafel is a delicious meal but it takes a long time to make and because of this, having it in a food truck, and having it run efficiently, is nearly impossible. Our solution was to make a Falafel cart that automated the tedious tasks of making falafel. There are many steps in making falafel that could be easily automated to speed the production process. We would design a food cart that would takes these repeated tasked and automate them making a fast and efficient food cart that served fresh falafel. We split up the falafel making process into smaller jobs that had to be completed. We were given the frying job and more specifically we would automate the process of balling, frying, and flipping the falafel.

In the end we created a desing that lacked an extruder and had multiple baskets. After a lot of talking with our group and other groups, we felt that an extruder was not necessary. It was hard to make, might destroy the dough, and over all not necessary. At this point in the design, we had already decided that there were would to at least be a few people working at the cart, and it would be very easy for one of them to either ball the dough, or put pre balled dough into the fryers. Also in this iteration, we also added multiple baskets. This was done so that each falafel sandwich was made separately. We did this so that we did not have to stockpile falafel and that each sandwich would get the same amount. The challenge of this is that each basket had to pivot separately and keep track of its own time. At the end of the project, we have a working quarter scale model of our fryer. It has multiple baskets that all pivot separately and dump into our funnel that bring all the falafel into one point before being dropped onto the conveyor.