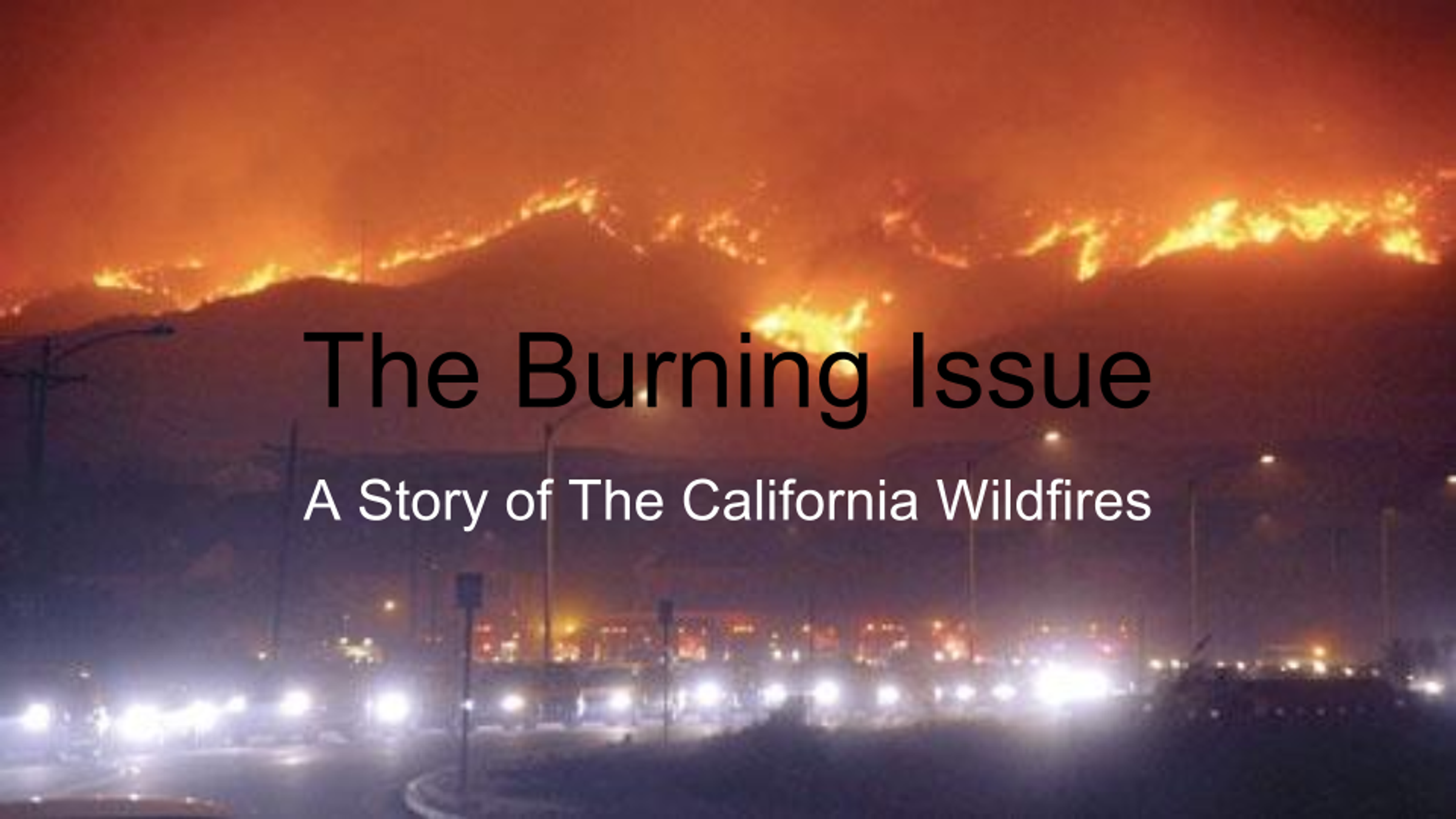 For this studio, we were tasked with developing a story on the theme of being uprooted. We associated uprooting with being taken from one's house without fair warning. While a common association with the word "uprooting" is refugees fleeing their homeland, we decided to tell the story on the California wild fires. We felt that homes being burned down and being destroyed are perfect examples of the true meaning of “uprooting”. Hence, we set out to tell a story about victims of the California wildfire. Our goal was to have numerous perspective of victims with many different roles in the wild fires. We interviewed firemen who fought the fires and risked their lives for their community, we interviewed weathermen who gave perspective as to what initiated the fires and why they were so severe this year, and of course, we interviewed the victims themselves who lost their homes and belongings from this tragic event. Indeed, to us, the California Wildfires resonated with being uprooted.

Over the course of the studio, we made varying improvements and enhancements to our radio broadcast, but we never changed the theme or message of our project. Our changes were mostly minor and were mainly technical. In our first “iteration”, we delivered a simple skeletal structure that included the meat of the story. As we moved along and made “more iterations” we added sound fx, fixed technical issues, and added voiceovers to further connect the interviews. By the final “iteration” we had a thoughtfully thought out, concise, and to the point radio podcast that we believe represents our best work.

A major component of our project was the organization of the process. We spent the first days doing research on the topic. We drafted potential questions and decided who we wanted to interview. Then we reached out to multiple sources and asked for interviews. However, many people declined our “invitation”. By the beginning of the second week, we gathered 5 solid interviews from victims that could potentially be used in our podcast. On the remaining days, we combined and edited the audio clips to deliver the message. We spent the final days adding technical effects and seeking critique and reviewal.