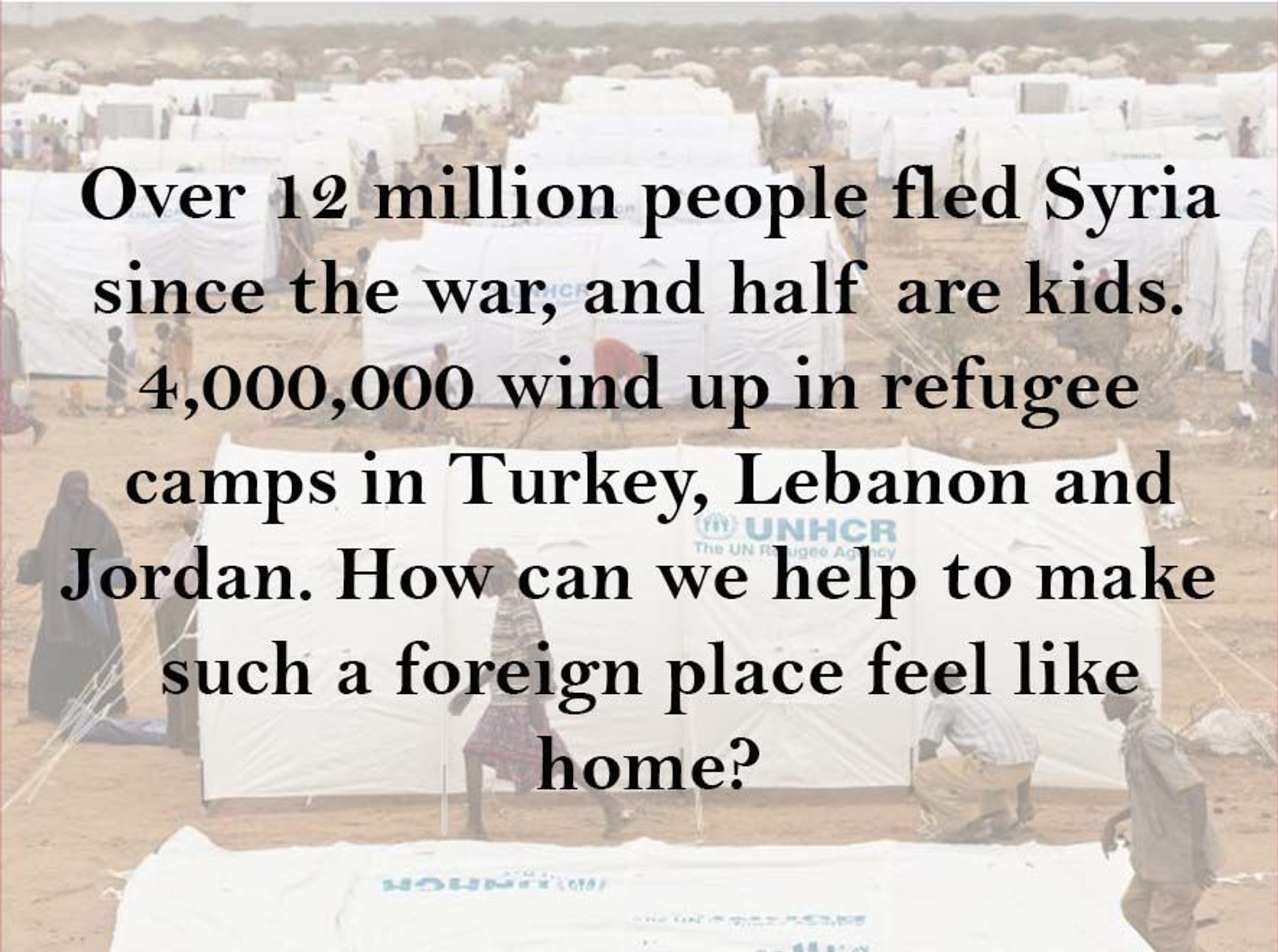 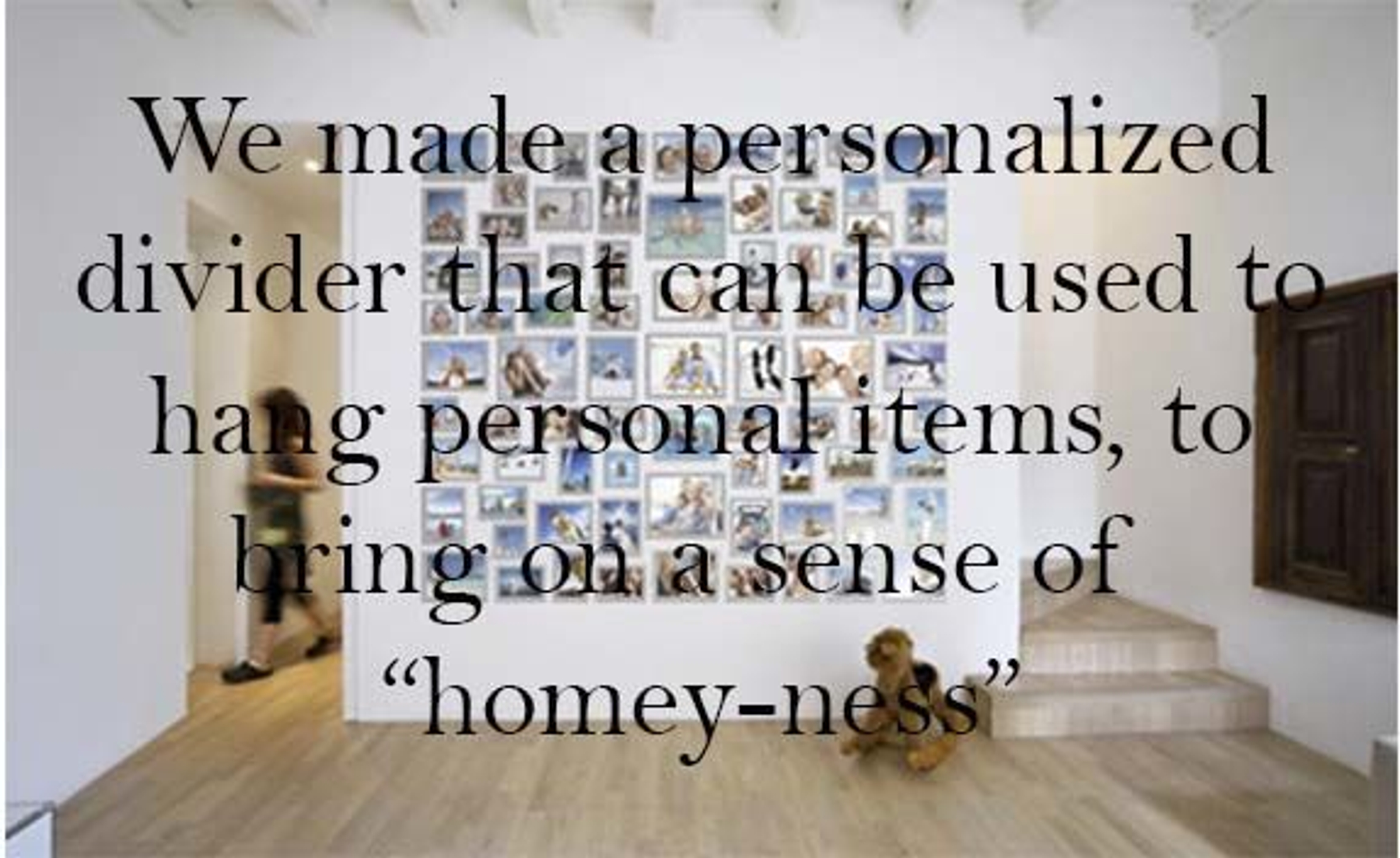 Home. Home is a hard thing to describe, it is more than just living quarters, it's a place that holds a lifetime of memories.. USE THE NUMBERS IN YOUR PROBLEM SLIDE As countless refugees flee to safety (from whatever issues plagued their old home), this sense of home is all but lost. THIS PROJECT RECREATES THE HOMEYNESS OF HOME. (We created the Homey Tent to preserve the feeling of home and create a personal space wherever you may be). This foldable tent can be deployed on any terrain, and allows users to display their photos AND IMMERSE THEMSELVES IN MEMORIES. (By folding out the tent's wooden legs, the cloth walls in between are pulled taught, creating a flat surface for displaying photographs). This project started out quite different, and we have taken many steps to get the point we are at today. Each iteration had their merits, but we kept facing challenges that forced us to redesign and change our idea.

Our first iteration took form as a square piece of pegboard on a stand. Users would have the ability to insert hangers and shelves wherever they wished to customize the board to fit their needs. the board could be rotated, or more boards could be attatched as well. As time went on however, We stepped away from the idea of a stand after we realized it would take up too much valuable space AND WAS TOO BULKY.

Iteration two was designed to be a foldable mass of pegboard squares which could be flipped and folded to create different structures. We had a 3x3 panel made out of hinged squares that all had specific folding capabilities depending on what THE USER WANTED (we wanted the panel to do). One design we created had all the pieces of our panel fold into each other, stacking all of the panels on top of each other. Another design was more focused on functionality, having the ability to transform into a table, divider, or storage unit. However, this design was not able to fold up in the way the other design could. WE MOVED ON FROM THIS (This idea was scrapped unfortunately), as the functionality of this model did not match up with our intention (seem necessary to an invention mostly focused on) WHICH WAS THE DISPLACY OF PHOTOGRAPHS (displaying photos.)

Our next models kept the idea of folding so they could be easily transported, but were more focused on only displaying photos EFFECTIVELEY, (but doing it well), At this stage, our design was inspired by domes and the insides of mosques, sporting a large half circle top with legs folding out from the side. This design did not see much development, as the concept of domes eventually inspired us to created our own dome esqe tent. the legs we have in our current design were inspired by how we created our half circle part in this design.