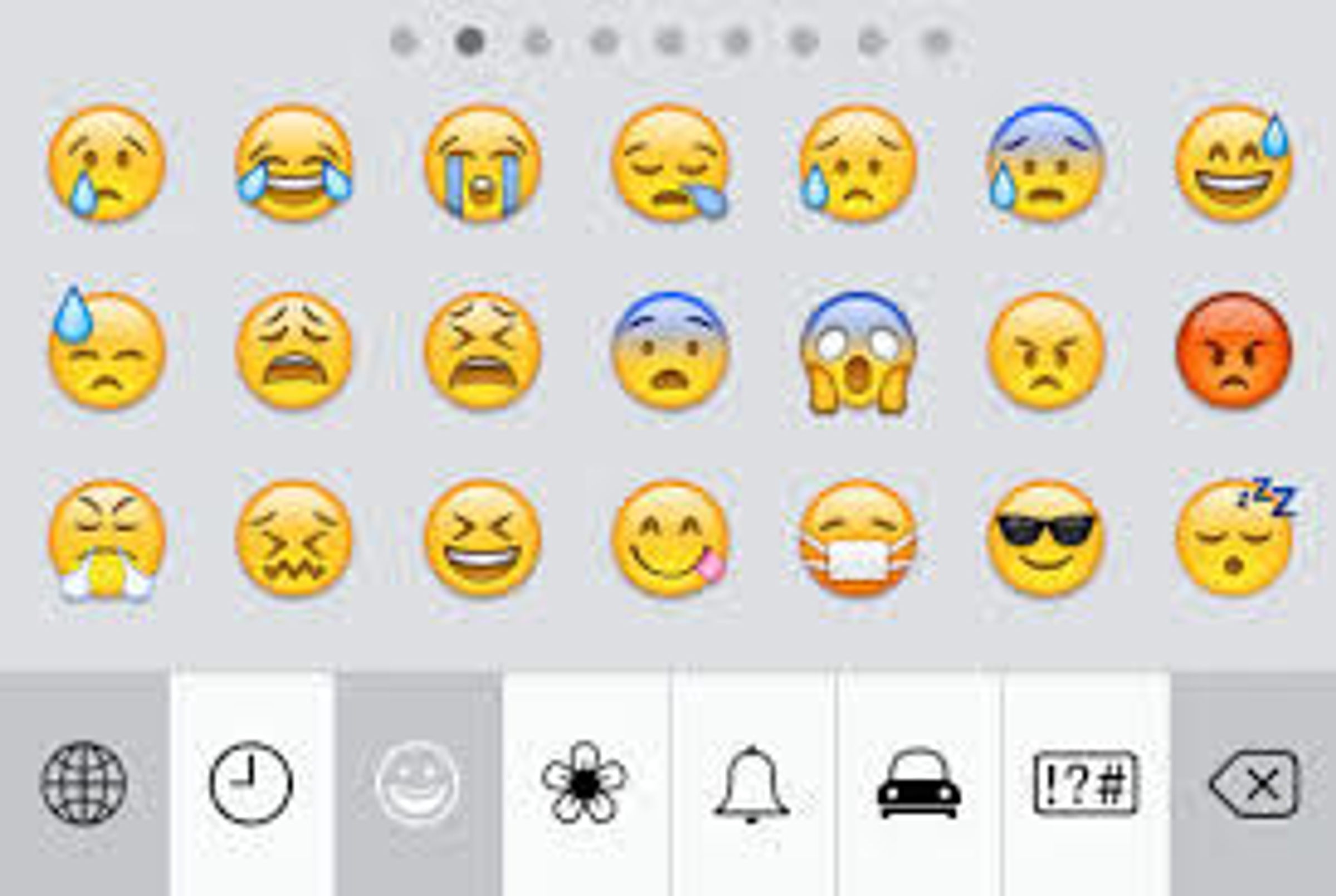 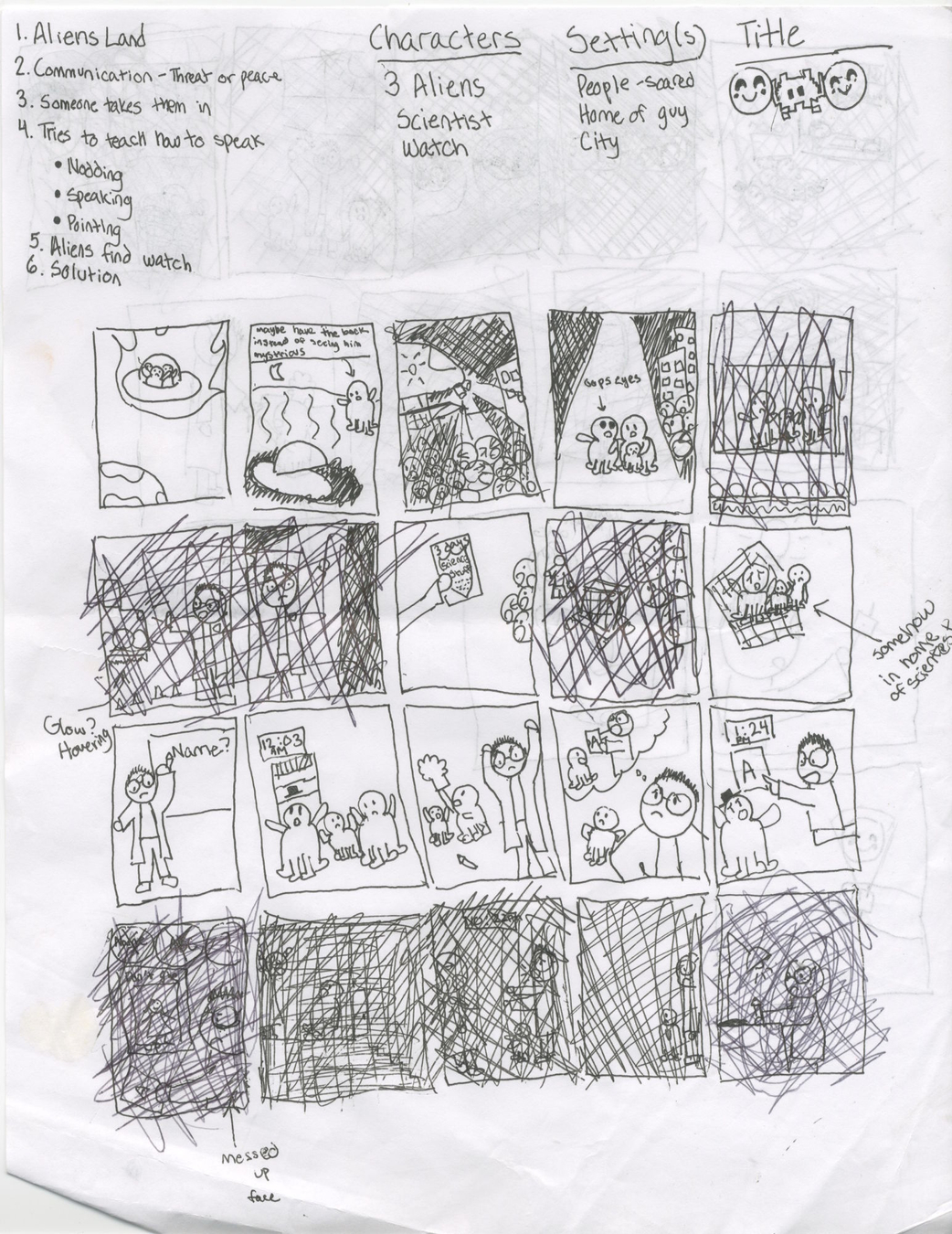 For our animation we had a lot of inspiration. Our inspiration started with Emojis and an Apple Watch. We thought about different ways to incorporate those two things into our animation. We first thought of doing something with robots or aliens and taking over the world, but that seemed to be too popular. We then came up with our idea of having emojis in a very advanced technology watch for aliens or robots to use to communicate. Once we had this idea, we needed to decide whether to use aliens or robots. We decided to use aliens as our creatures because it gave us endless creative options. We then created our storyboard about aliens crashing onto Earth and a scientist trying to communicate with them; however, the aliens cannot communicate with the scientist due to language barrier. As a result, the scientist gives the aliens an advanced technology watch which emojis on it which allows the aliens to communicate with the scientist. While animating we had to cut some of our initial thoughts due to the given time frame we had. However, our story is still there. Once our storyboard was done, we started creating all our characters and scenery in Photoshop and then took our characters and scenery and animated them together in After Effects. We then combined all the scenes, put in sound effects, and our background music and we have E.T. (Emoji Translation)!