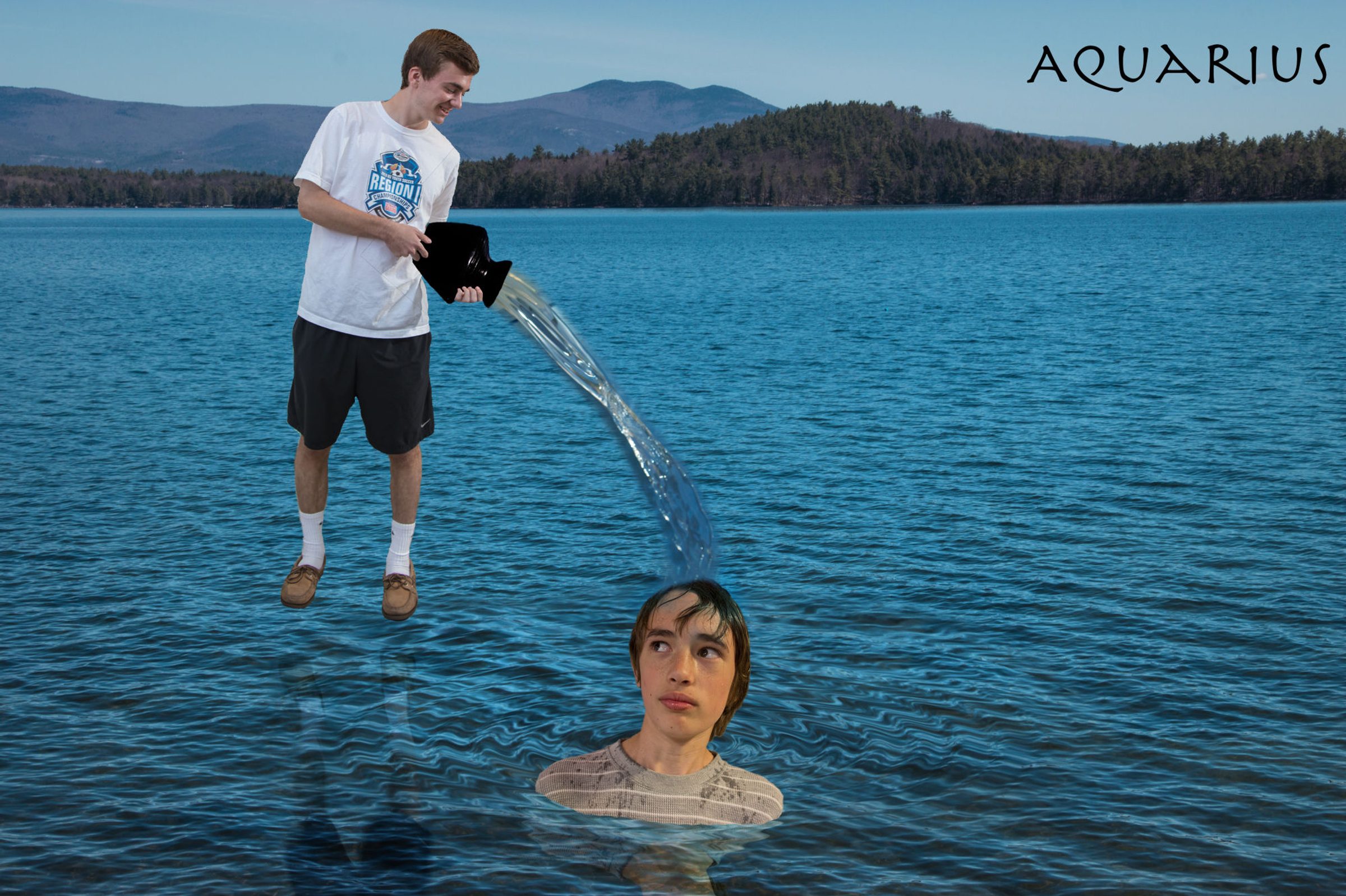 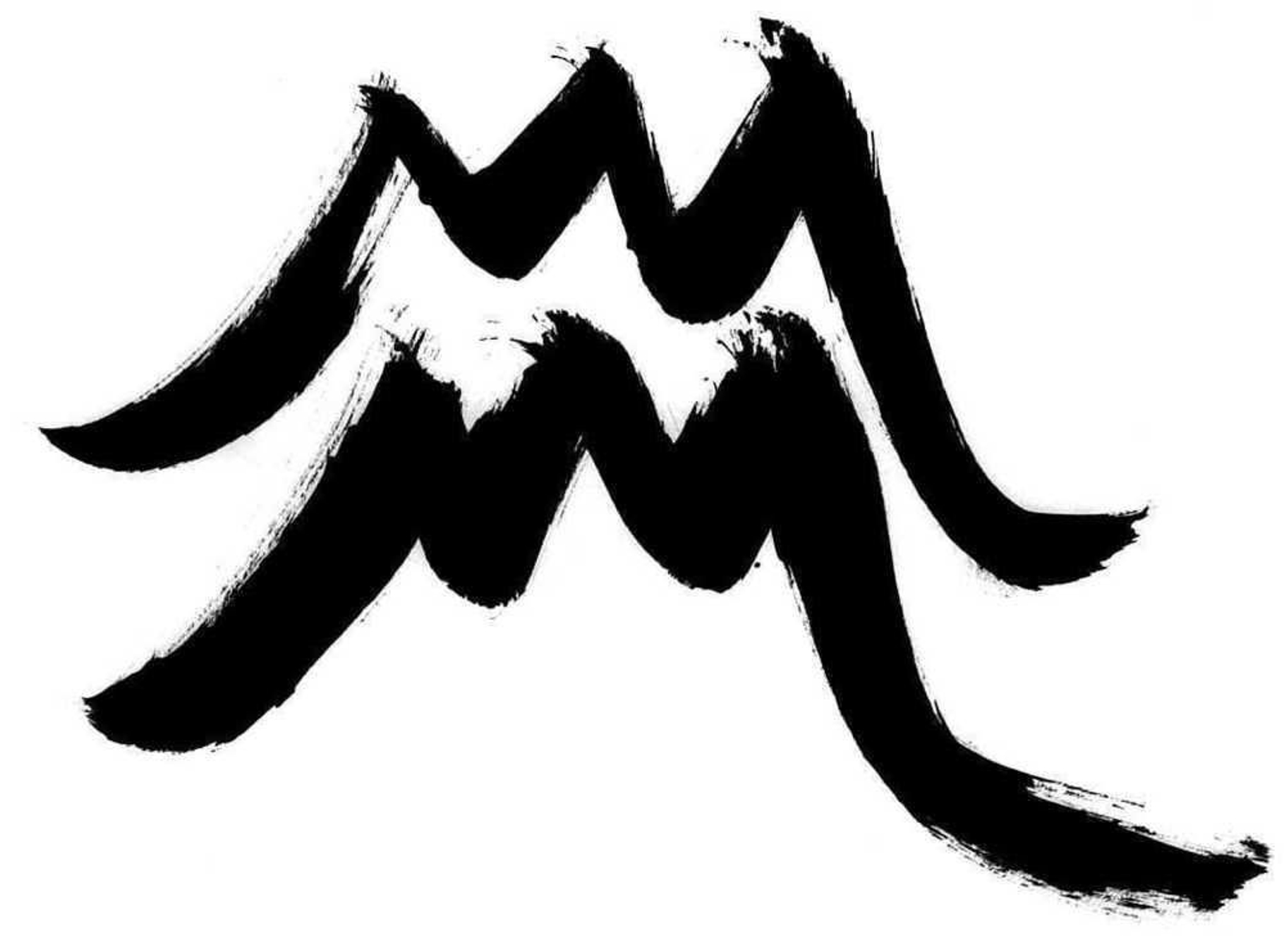 My zodiac sign is Aquarius, since my birthday is on February 14th. Some strengths represented by this is friendliness, cleverness, originality, inventitivity, and humanitarian. Some weaknesses represented by the symbol is stubborness, unemotionalness, sarcasm, and rebelliousness. Aquarius is an air sign but to most, it is known as a water sign. A main symbol of Aquarius is the water gylph. More specifically, my project is based off of friendliness, originality, and the overall theme of water. For inspiration, I mainly used an image of a water bearer. This water bearer (which is a symbol of Aquarius) was pouring water from a vase into a pool.

Throughout my research, I was constantly inspired by many different aspects. After seeing the image of the water bearer, I immediately knew that my final project was going to relate to it. I then found images of people walking and floating above the water, which also gave me inspiration (as shown in my final image). Also, while researching, I quickly saw how much Aquarius connects to water, although it is an air sign. I knew that I was traveling to my vacation house that weekend, so wasn’t even a question that I was going to take photos of the water. (It’s on a lake) I took as many photos as I could when I was there. I even took photos from a firepit, and experimented with my cameras settings when I was there.

Over the last two weeks, I have had tremendous improvement in my photo-taking and editing skills. In my mind, I believe I’ve learned more in two weeks than I have in my one-term photo class at school. One key element I learned in my project was lighting. I learned all of DICCH (Direction, Intensity, Color, Contrast, Hardness) and experimented with it in my final image. Since I was photoshopping and needed everything to be in the same lighting, I had to use extra light sources and learn about direction. Another aspect I have grown in is with photoshop. I ended up improving tremendously in just a few days. I even had to show a few kids some steps and directions in photoshop because of it. In all, these past two weeks have been a great experience and I will hopefully do something similar to this again.