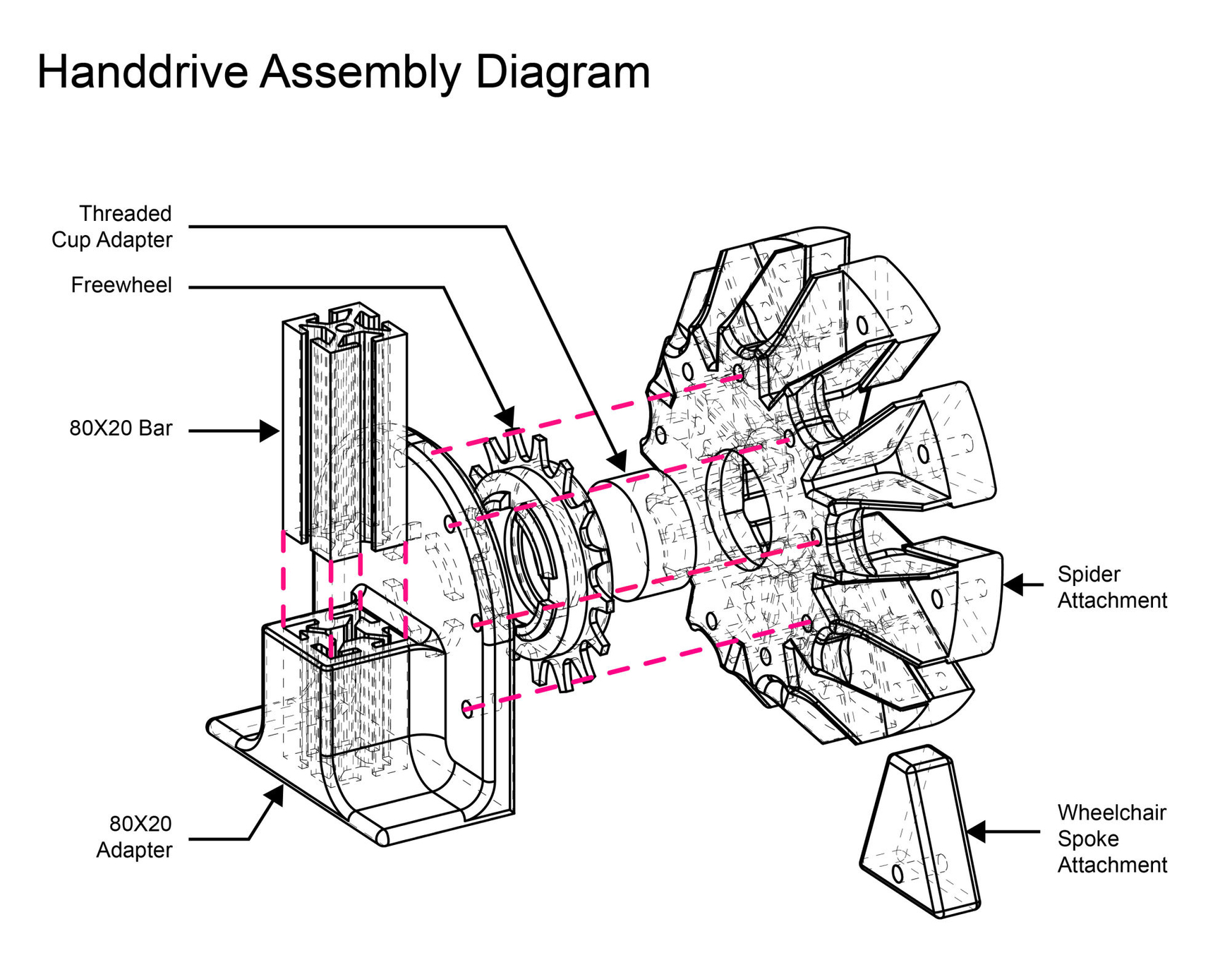 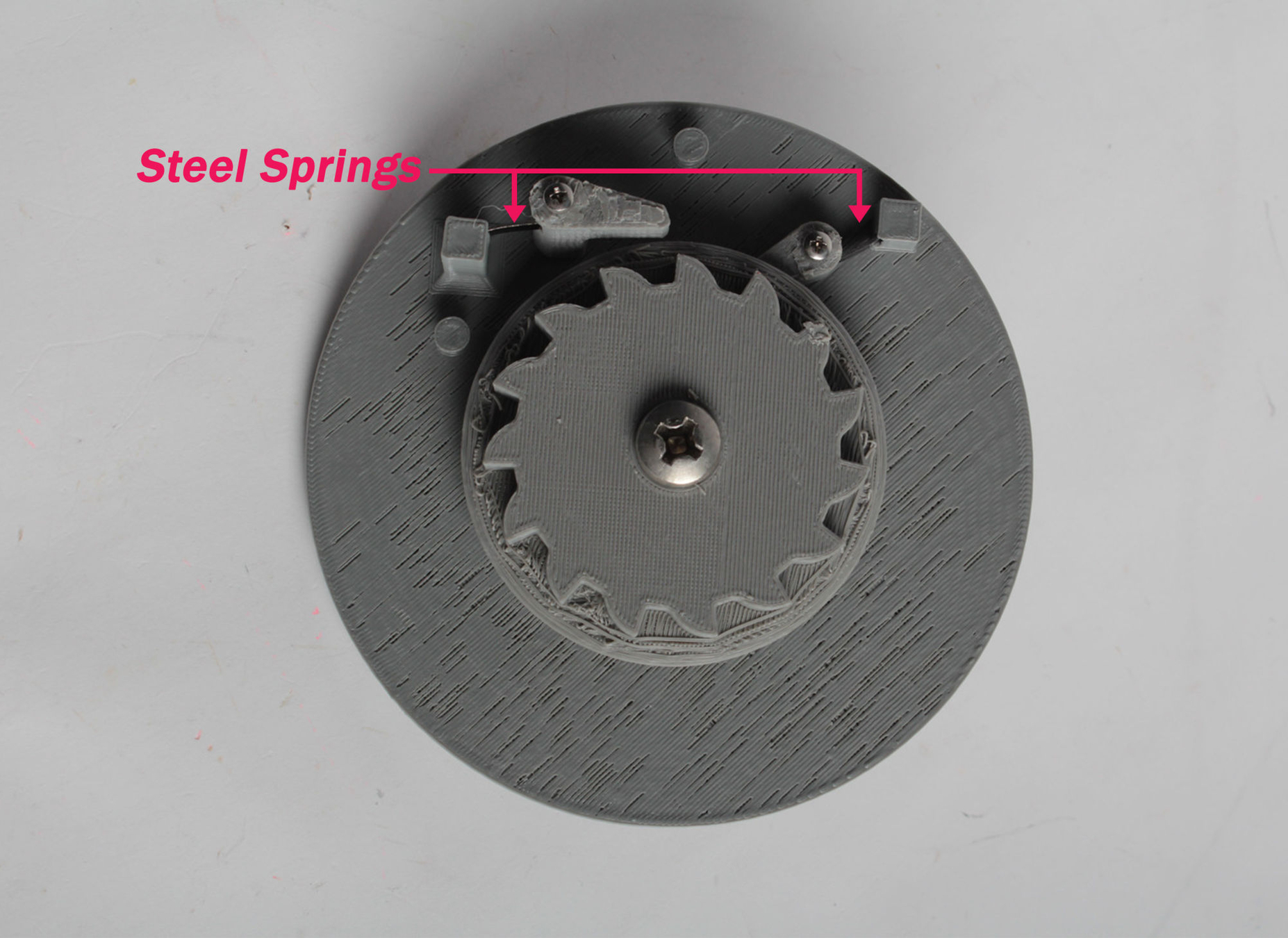 We started out with a design that would house a free wheel mechanism taken from a bike. After completeting the design and getting it to work, we realized that we couldn't go backwards, nor could we easily find a way to power the other side of the chair. After this we decided we need to create our on mechanism, this way we could power both sides and go backwards.

In our second design, the entire mechanism is 3D printed as opposed to just the housing. The mechanism uses a dual ratcheting and stacked gear system. One ratched would engage into the bottom or top gear, and the stacked gears would mirrored. When one ratchet is engaged, the lever would propel you forward. When one ratchet disengaged the other one will engage into the other gear. This way the lever would propel you backwards.

After playing with this design for a while we found that only having two ratchets  would cause strength issues, so we moved onto a planetary ratchet which would displace the forces over three ratchets instead of just one. We are still working on this design, but it works with a circular detent in the middle. This detent uses springs to press the ratchets into the gear. When we rotate the detent, the ratchets will reverse and engage into the other gear.