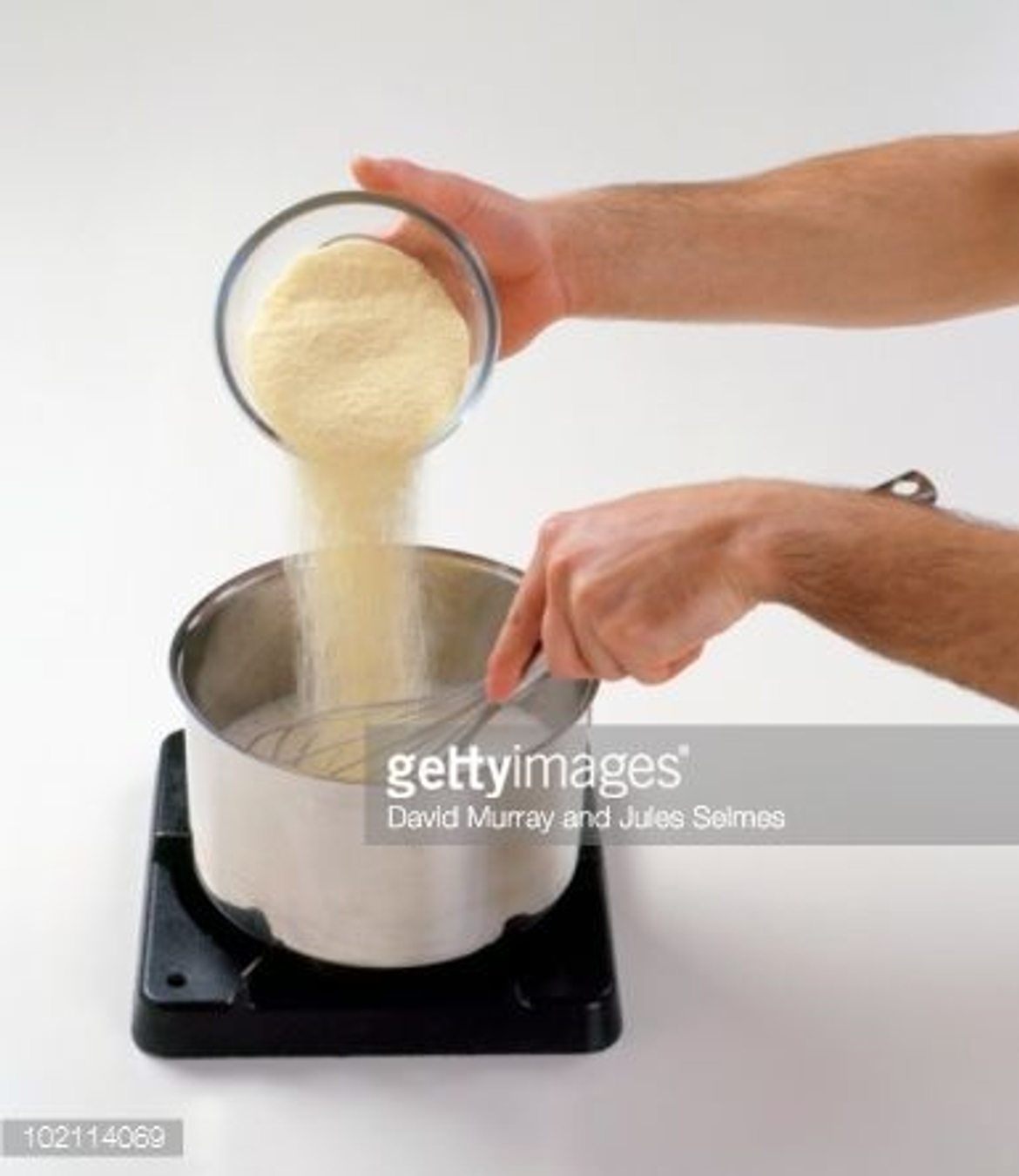 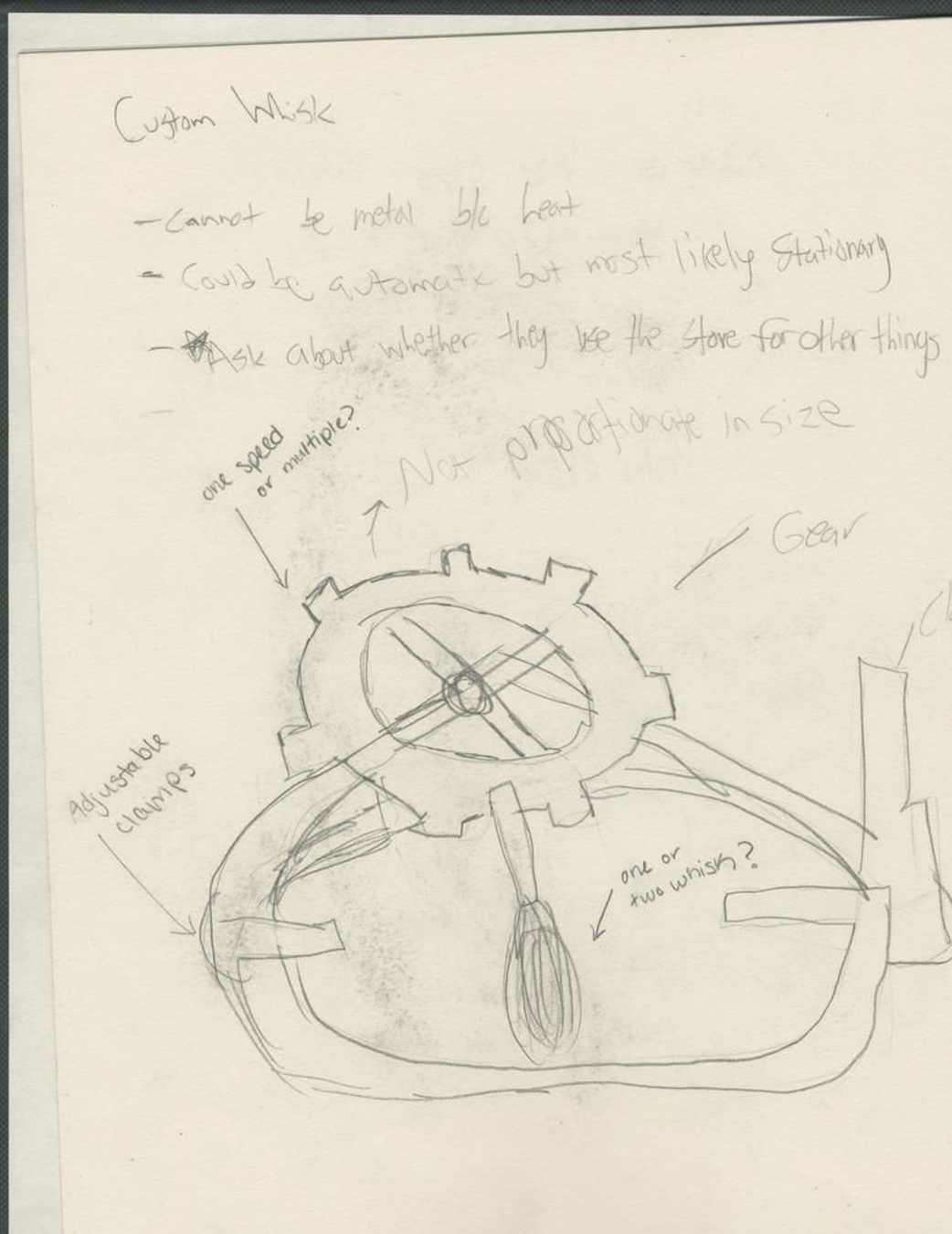 Design Prompt: Our design prompt was to redesign the whisk of Union Square Donuts in some way where it would be more efficient and less painful. When Megan visited the studio, she explained how the whisk was too time consuming and painful. They have to manually whisk the icing over a stove top for 45 minutes. Because of this, they cannot use a kitchen aid. We originally brainstormed to have an electronic whisk, yet we realized it would be too time consuming on our part. Our solution was to create a spirograph over the pot, which made the stirring of the whisk easier and simpler.

Iteration 1: Our first iteration was just a cardboard model that displays our brainstorming ideas. With thorough research we considered to have the idea of a spirograph, where the whisk would be moved in a certain pattern. Jasmin and I also thought of the idea to have a turntable that spins the inner gear, but it was not too realistic. We decided not to do this because we it would be too complicated for the 2 weeks that we had. Almost everything we created had to be changed except for the spirograph itself. This is because we thought of more innovative and simple ideas along the way, and replace them from the original design. For example, we replaced the clamps with set screws and omitted the turntables.

Iteration 3: Our third iteration displays our curved edges, allowing for a more simple movement. We still discovered one problem. The problem was the stabilization, where the inner gear was constantly falling off the pot. A solution for this was to layer the wood. We would place a circular piece wood above and below the spirograph. These pieces would be the same size as the spirograph. By doing this, the inner gear will stay put and never fall off.

Iteration 4: Our fourth iteration stabilzed the inner gear, making the stirring proccess much more simple. We added more layers from the top and bottom to improve the stabilization and made it perfectly fit in our bowl. Also, we added more hole in the inner gear. During this iteration we realized that the whisk needed to change. Another idea was to add a screw set to maximize security. These were our last problems we discovered. For the whisk handle, our plan was to remove the original grip and replaced it with a dowel. This dowel would make our stirring process much more sturdy.

Iteration 5: In our last iteration we finalized every aspect we needed to. We 3D printed a screw set, and added lock nut to end of screw to meet with the bowl to avoid slipping and sliding. We also made each layer wider, and added another bottom layer on for security. We added mulitple holes for our inner gear, adding variety and versitility to the whisking. As you can tell, we have made this whisk are secure as we can. Something that we could have added was to either coat wood to avoid any saftey hazards with heat. A change we could have done was to change the nut and screw size so it is more sturdy when touching the bowl.