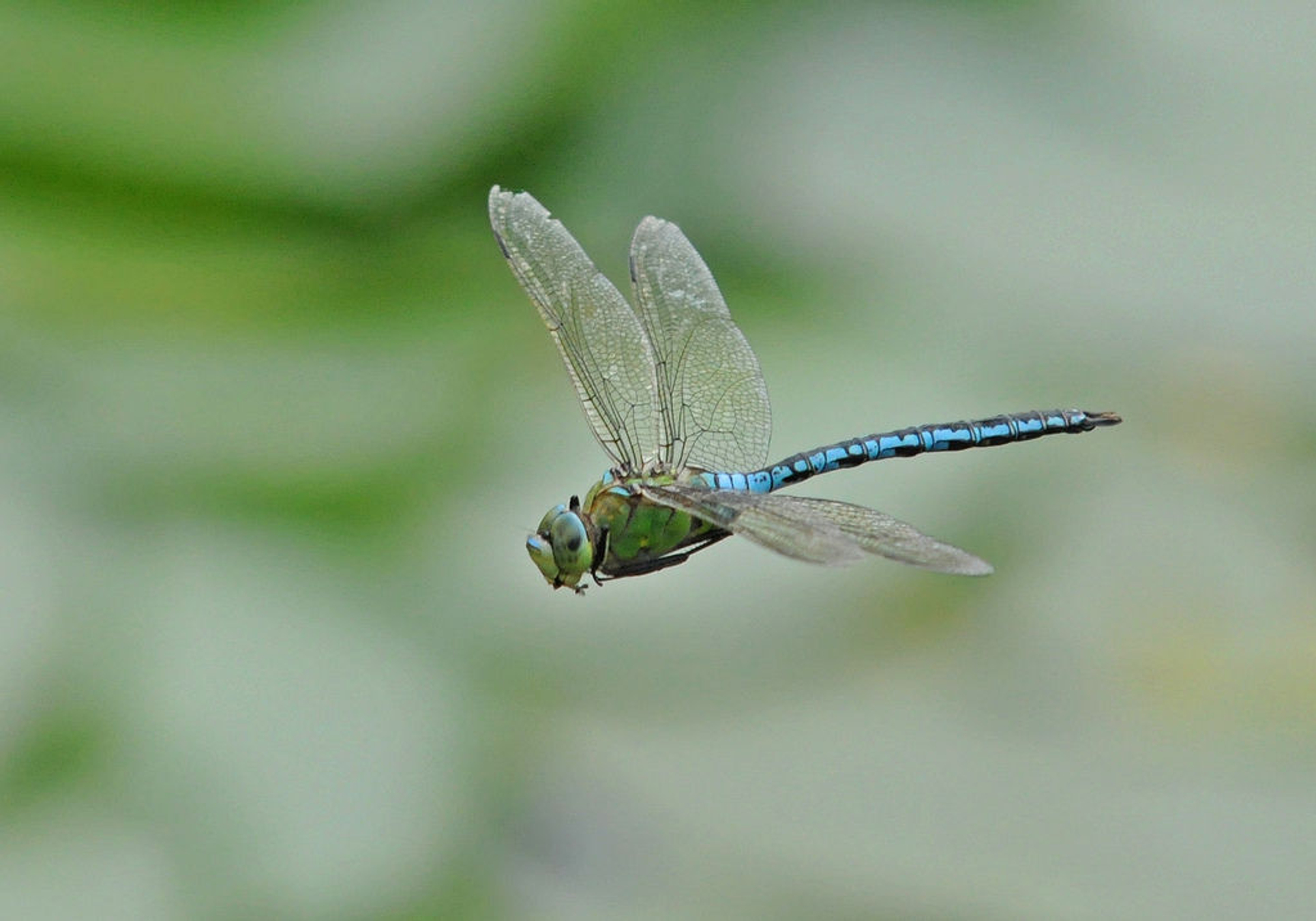 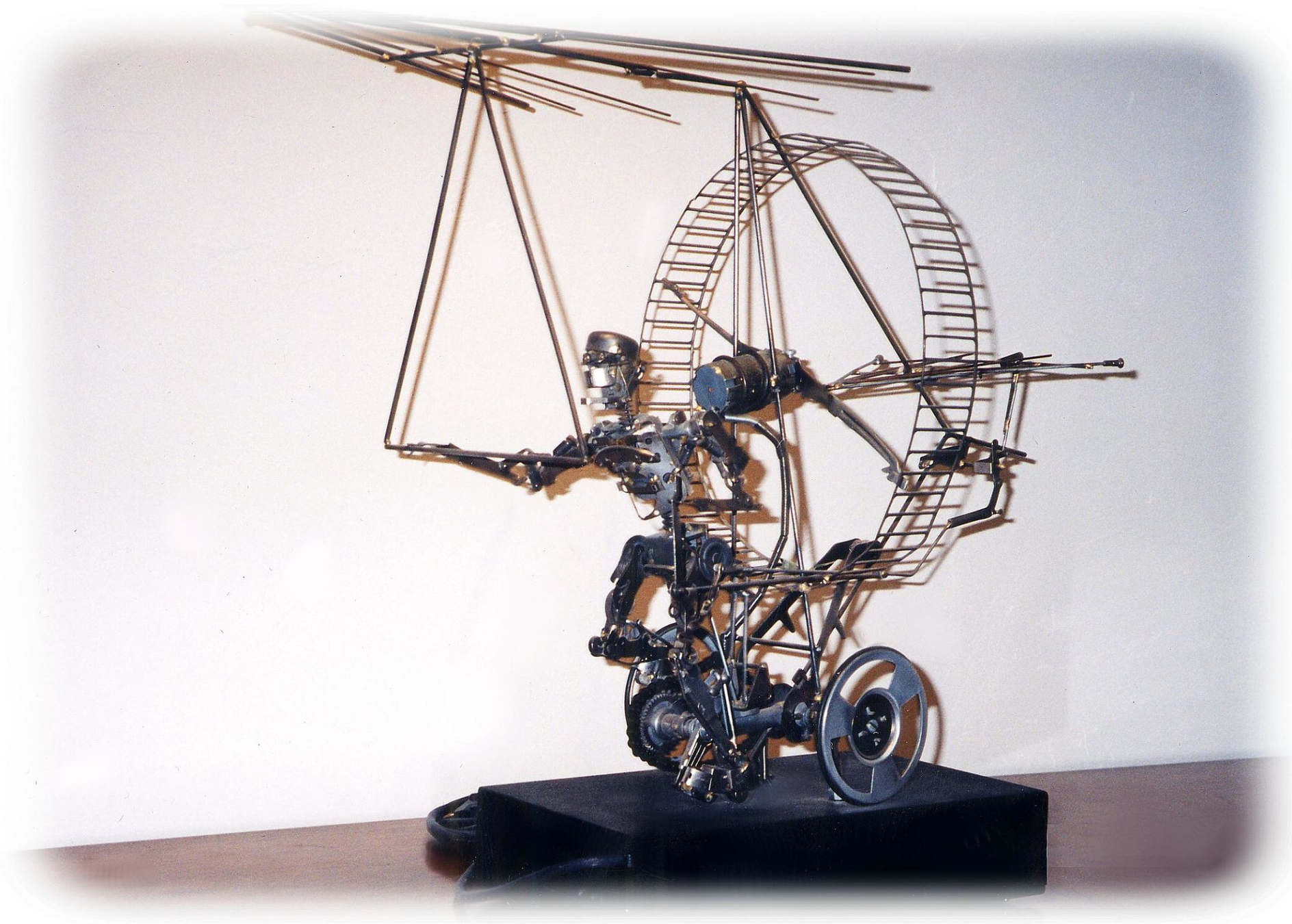 Our prompt was to create a flying object. At the beginning of the studio the coaches gave us inspiration such as planes or helicopters and then we were assigned partners. Our project was going to be a cuttlefish but we wanted to do something free-flying so we settled on an ornithopter. We based our design on a project from instructables.com. It had two pairs of wings on top of each other and is powered by a rubber band. We thought it would be pretty cool to add steering so we put two flaps on the wings. Then we decided that a rubber band was not reliable enough to power the design. So we added a motor on the back to control the flapping mechanism. After that we moved the steering to the tail where we put a rudder and an elevator. After that we tried to find a way to mount the servos for the steering. Eventually we settled on a design with the servos mounted on a back stabilizer.

First we made a two foot model of the back to see it in comparison to the wing mechanism. Then we made a one foot version after seeing that the first one was too big. After that we made one that was two feet again but much thinner. Then we added a way to connect it to the body. After that we cut out large chunks of our design to make it much lighter. In the end the elevator and rudder used for steering worked very well. In the next iteration I hope that we will be able to see if the mechanism is actually able to turn the ornithopter.

Our project is an ornithopter. It has two pairs of wings placed vertically on top of one another. It is turned by an elevator and a rudder at the end of a long, bulbous tail. There are three small pieces attaching a long rod to the back part. Unfortunately it is not able to fly because the relatively small wings cannot support the weight of the ornithopter.