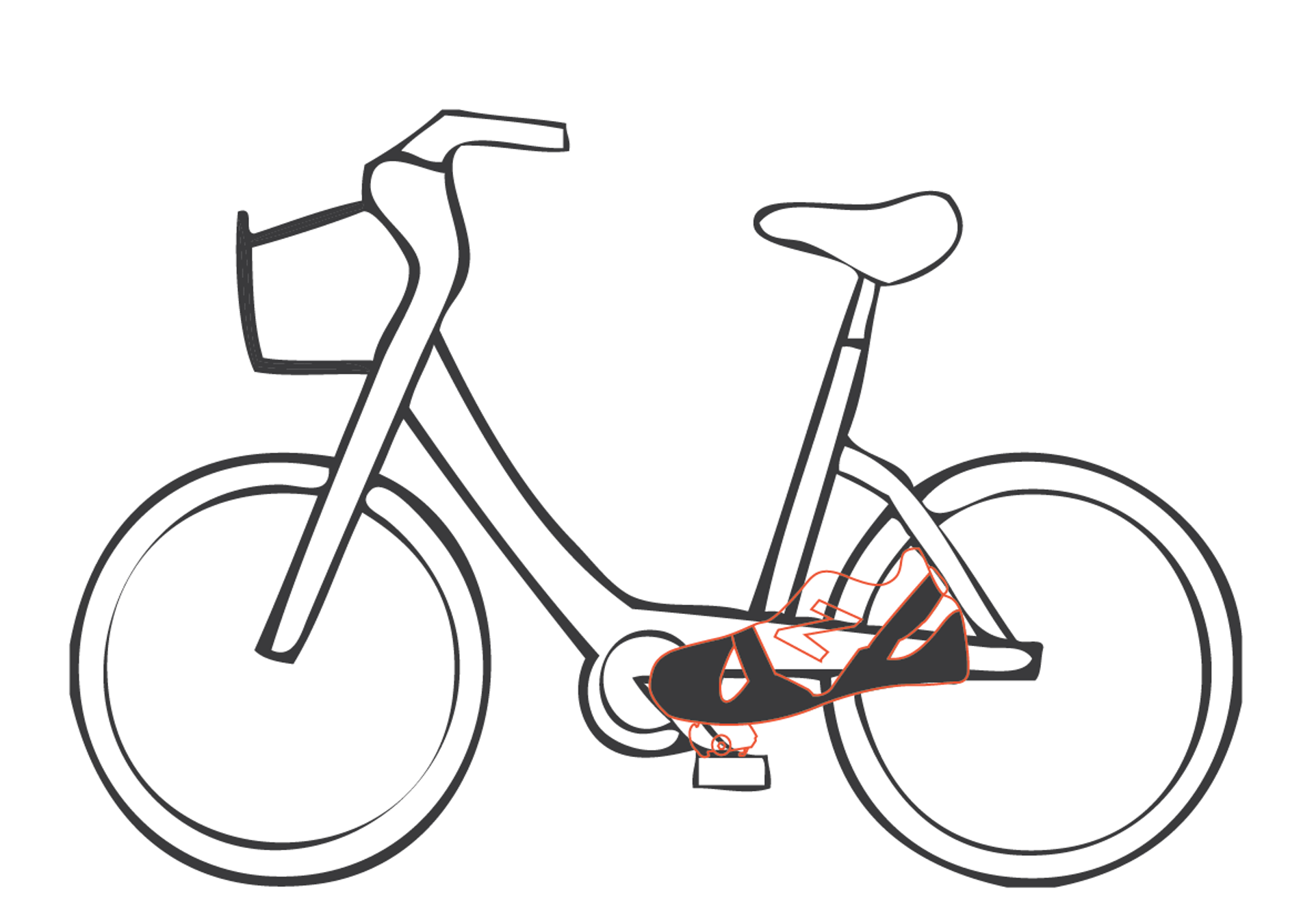 To start off our project we started to brainstorm ways that we could make sports shoes easier to use, and, ultimately, have multiple uses. One group member recalled an experience at a triathlon that he was watching, and pointed to the turmoil and hardship that comes with the transition between running and biking. So, we quickly went from there and came up with the idea to create an exoskeleton to a biking shoe that could be strapped onto a running shoe. From the cusp we broke up into factions. Jesse became the sketcher, creating sketches on paper and on Rhino that would be put into T-Splines, Max became the "T-Spliner", creating the shoe and the 3d model on Rhino using T-Splines; a Rhino based software that allows for easy morphing, and Leo became the "grasshopper", creating a way to adjust the size of the shoe in order for the user to change sizes easily.

Our product was designed on the basis that the user would input his/her size shoe, and also any other specifics such as wide feet, and be able to 3d print an exoskeleton within a few hours to his/her running shoe so that it can clip onto a bike.

After we made our first prototype which was made of cardboard, we realized that the design concept we were using was very good and could go further, but our design was also very small and unrealistic for use in a triathlon. The design from our first iteration would have to be adjusted to actually lock onto the pedal. After our first iteration we needed to decide not only how the shoe will lock to the pedal but also how the users running shoe will fit into the exoskeleton. These changes were being made to better the design, and our final product. After our first iteration we felt that our product was well made, but could be edited further. So, we took it back to T-Splines for adjustments to make an actual 3d print.

The structure and design of the second product had all of the necessities, including slits for Velcro straps and a connection for the bike clip. The main problem with this iteration was miniscule size. Since the printer could only print to a certain size in one piece we knew that this was going to be a problem, and in our next iteration we needed to come up with a solution.

In our next design which we solved our problem by printing the exoskeleton in two different parts. We were only able to print one half of to begin but it was enough to  realize that we had created a usable, shoe like product that one could not only be stepped into, but walked around in. This design also had the capability to lock into an actual bike pedal. The biggest problem with this iteration, the last one before the final, was that the shoe was too big, and somewhere in the T-Splines and Rhino process the model that we were basing the exoskeleton off of got scaled up too big. Once this was scaled back down, and the toe overhang was brought down a tad, we printed our final product.

Grasshopper was used to allow the shoe to become easily customizable. We used different components to adjust different parts of the shoe. We did this because no shoes are made equal; therefore, one shoe will not fit all. With these functions one can adjust the width at different points as well as the length of the exoskleleton. This was made under the futuristic goal of having 3d printers readily accessible in users' home's