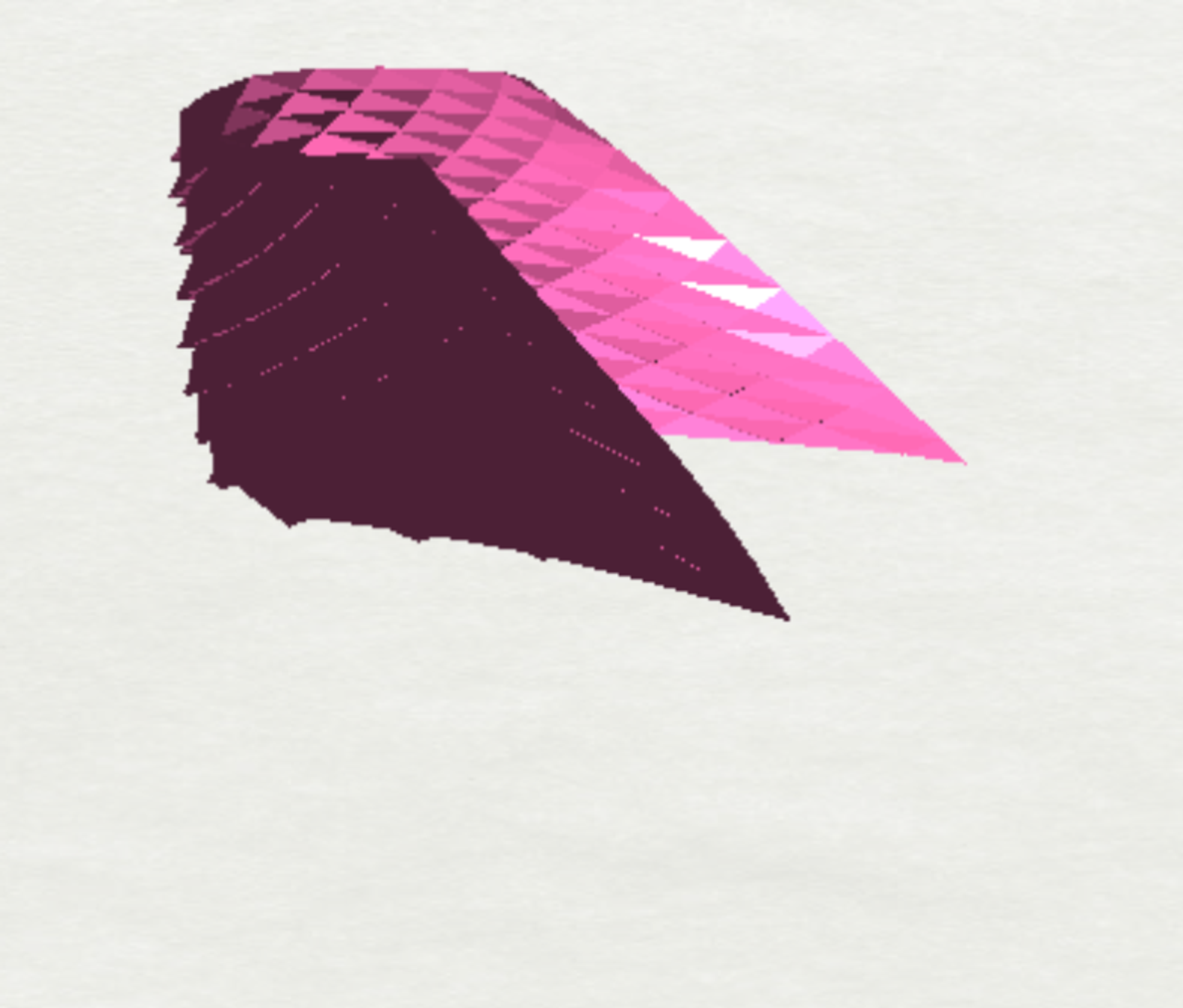 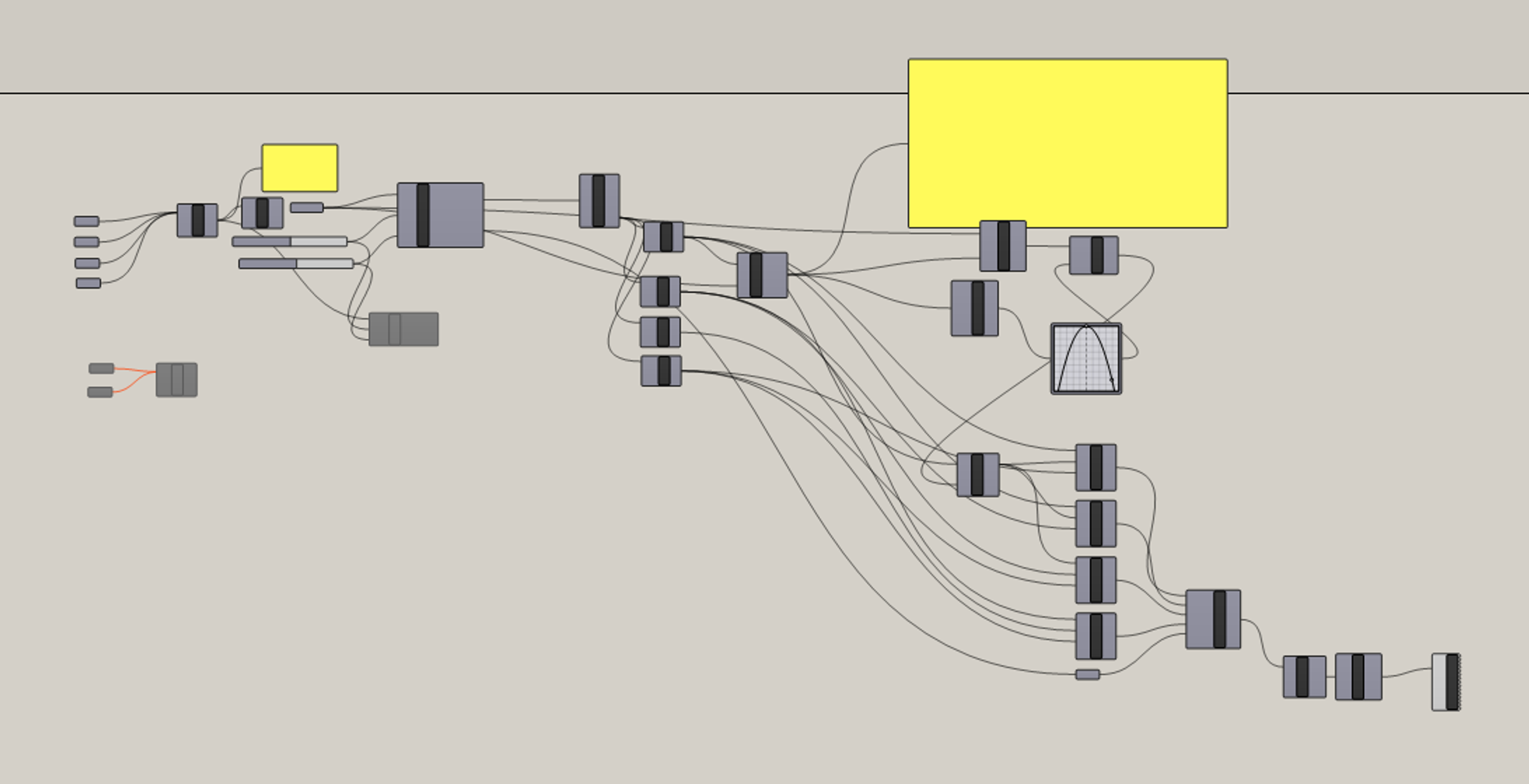 Today was fairly productive. I made what felt like great strides in yesterday's model, but ultimately I couldn't start printing before the day's end. After rebuilding the previous Grasshopper file and cleaning up the curves in general, Nathan helped me in re-panelizing the surface without the aid of Lunchbox (a plugin with the plugin, which allowed me to triangulate the surface so quickly). The reason for this was to gain more control over the shape, and make it easier to change from a 2D surface to the actual shape of folded origami.

Nathan and I were successful in this, at which point our group decided on several aspects which I wasn't sure how to adapt to our needs. I had been concerned it didn't look enough like Kate's changeable origami, so we changed the volume of the extrusions slightly and tried to change the length from 20mm to 30mm. (This has been, as of yet, unsuccessful.) I also wanted to implement curved "ridges" extending from the sides of my surface into the tongue area, to make a more cohesive transition from plastic to fabric. But due to the model's asymmetry (the sole is not symmetrical, so none of it can be), this was impossible to do in a way that looked cool. So we scrapped that, for now. The final group decision was the thickness. The extruded shapes kept intersecting with each other when thickness was added, but Nathan said he would fix that tonight, so we chose to make that dimension 5mm.