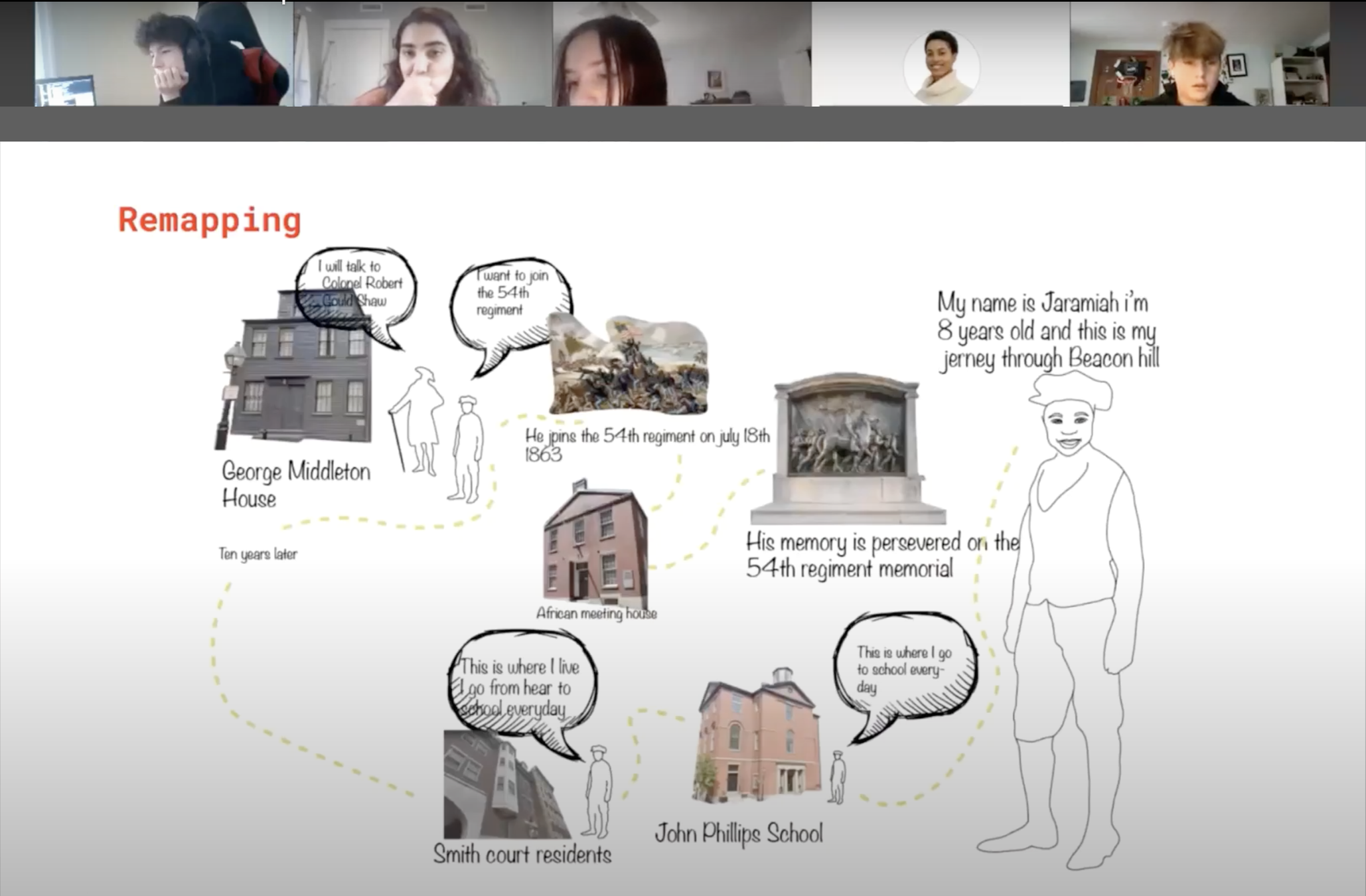 The Freedom Trail is a historical marker in US History, yet feels quite removed from the freedoms of Black and brown communities that laid down the foundational bricks that created Beacon Hill all those years ago. Little do most Bostonians know, a different trail exists, and veers directly from the same meeting point as the Freedom Trails. It is the trail of Black Heritage in this city and it tells the stories of unsung heroes and abolitionists and the pains of our most disenfranchised communities.

The buildings along today's Black Heritage Trail were the homes, businesses, schools, and churches of a thriving black community that organized, from the nation's earliest years, to sustain those who faced local discrimination and national slavery, struggling toward the equality and freedom promised in America's documents of national liberty. The Black Heritage Trail passes by 5 Pre-Civil War Structures and 10 Historic sites, of which include the 1805 African Meeting House, the oldest surviving black church in the United States.

Today, the path these markers exist on have little to no demarcation or are indicative of its important history. In collaboration with SmithGroup Boston, the collaborate architects of The Smithsonian National Museum of African American History and Culture, students in this studio created interventions inspired by a contemporary black artist at three scales: The urban scale, the building scale, and user scale. The precedent-based project allowed students to curate an experience that honored the truth of the heritage trail as well as the black artists that explore their identity.

The Revisible Heritage studio prompt was a means to have students engage radical design interventions to “preserve a vital, but long-neglected, part of American heritage; the history and culture of Americans of African ancestry and their role in the history of our nation.” MLK JR