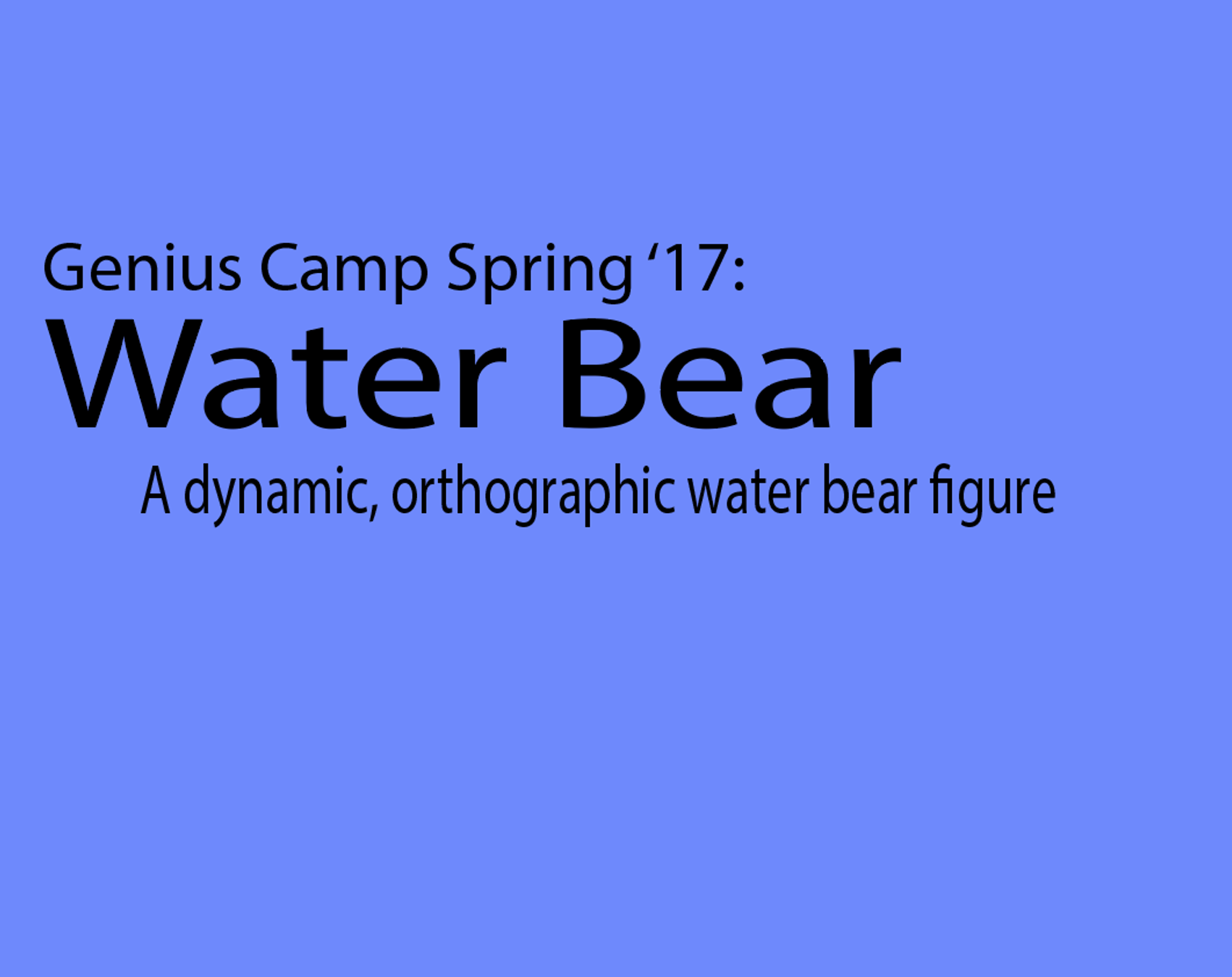 A water bear figurine that moves in a way that is representative of the animal's true motion, utilizing connected parts to orchestrate simultaneous motion.

Presented with the challenge of recreating  and modeling an animals motion, I decided to try to represent the motion of an animal so small that its movement almost always go unnoticed. I found that the most compelling motion of the Waterbear came in the distinctive motion of its mouth which moves seemingly in and out of its body, and the juxtaposition of its back legs motion compared to its front. I attempted to capture both of these distinctive aspects. To represent the mouth I modeled a series of concentric and self contained cylinders to mimic the in and out, almost plunger, motion of the Waterbear's mouth. For the legs I reversed the orientation of the back to legs mimicking the orientation in the creature itself. Additionally I worked quite a bit in Rhino to capture the most realistic body shape possible. This ended up being somewhat of a challenge and I worked with several different curve commands in Rhino to refine the shape. Finally I assembled the orthographic creature and connected the three front legs to move in sync, as down by the Waterbear itself. As such, my Waterbear model would move in a convincing and accurate way mimicking the complex and dynamic animal motion.