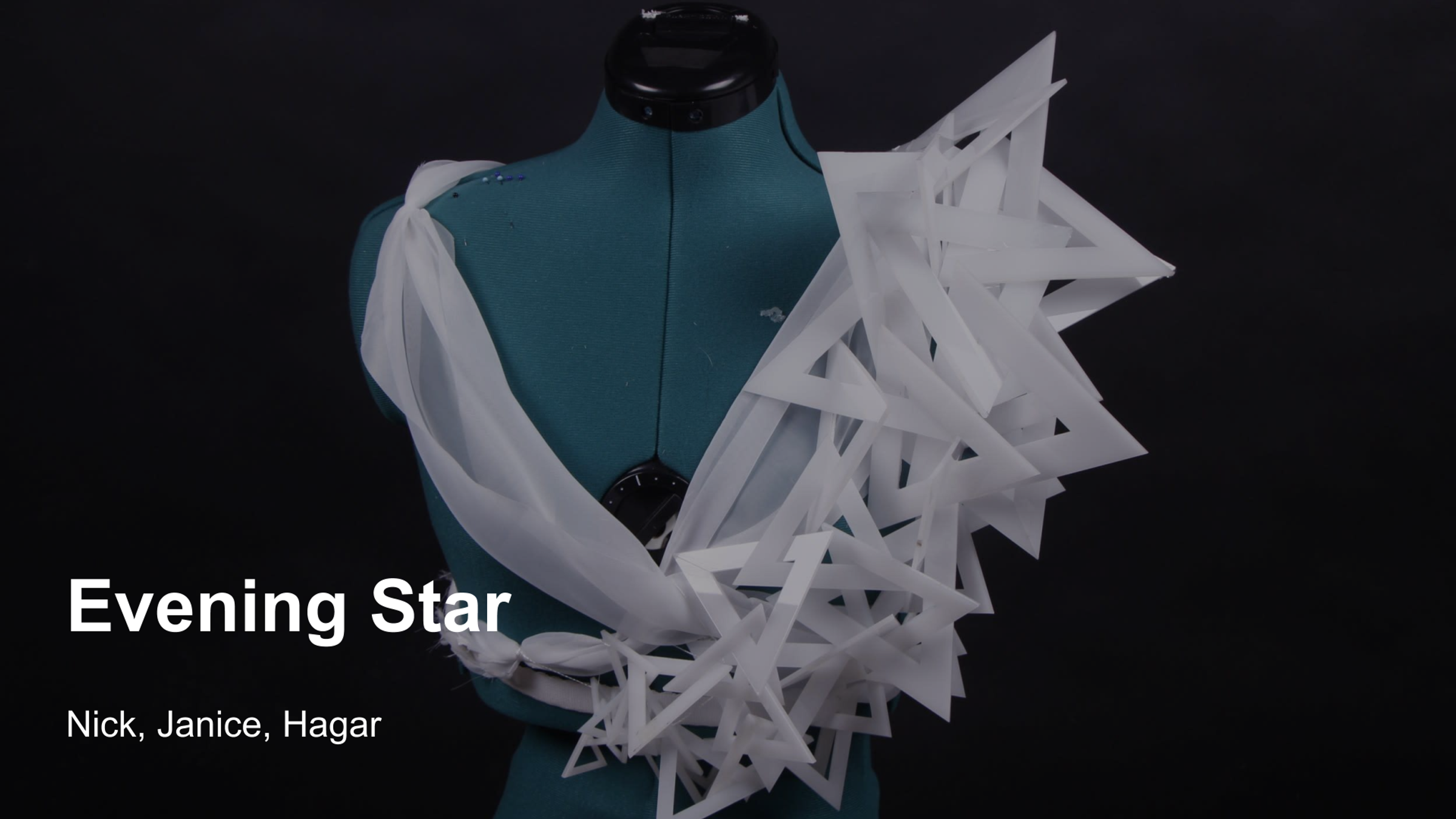 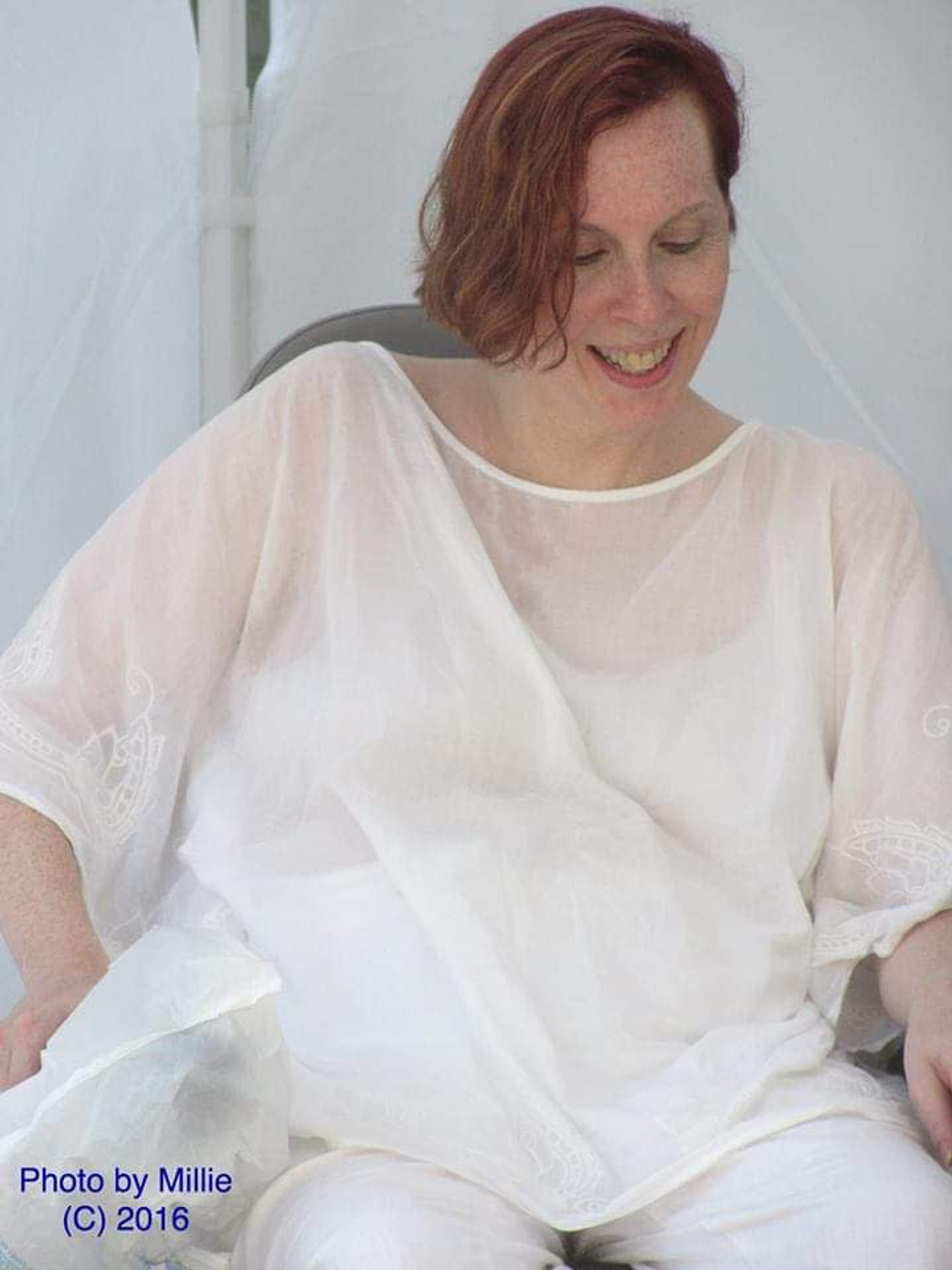 Our project, The Evening Star is a sleeveless blouse designed for Amy Meisner, a dancer for Heidi Latsky Dance Company who has been dancing with them for 3 years.  The top is to represent the story of her persistence in the face of multiple sclerosis. Amy has been dealing with the symptoms of MS for 20 years, and she has recently gotten back into dancing after quitting dance after her diagnosis with MS. The top has created an X pattern across the upper half of her chest.  On the garment, there will be different sets of connected triangles that are connected varying in size as they are running from the left shoulder to the right lower side of her body.

The triangles on the top will vary in size as they go down the body and they represent a chain link fence, which was a prominent symbol of the transition in her Amy's life when she was developing the symptoms of MS. The fence was always something she saw every day walking up a hill when she was doing social work. As her MS progressed, she had to start clinging to that the fence to reach her destination get where she was trying to go. By incorporating the fence symbolically in its design, we want the audience to feel her individuality fully expressed in what she is wearing on stage so that it elevates her performance. We decided to draw our project design from that fence to really relate to Amy and can connect a big part of her life for this wearable. As for the blouse design we wanted to create something that would be comfortable for her to perform in and It was designed for comfort and to also allow maximum flexibility so she could move freely in her performance our wearable. We hope the wearable that my group will create for Amy to perform in will elevate her performance in the best way possible.

Amy Mesiner had done ballet since she was very young, but switched to modern dance when she was told she did not have the right body for ballet. The last dance she auditioned for was Aphrodite. She later became an actress, but switched to being a social worker because she did not feel fully fulfilled previously. She had a specific memory, during her time as a social worker, that perfectly visualized these barriers that have otherwise been invisible. Amy had a client who lived on a hill, with chain link fence leading up to it. Every day it would get harder to walk up this hill, and every day she would cling more to the side of the fence for support, until eventually she could barely make it an inch without falling. This is when she got diagnosed with Chronic Primary Progressive Multiple Sclerosis. Eventually she joined Heidi Latsky Dance Company after some initial reluctance, and the barriers she was putting up came down when she finally reconnected to her art.

Evening Star is comprised of a Grecian sheer sleeveless fabric blouse with a triangular acrylic deteriorating chainmail panel that drapes over Amy's left side. The silhouette and triangles are references to Aphrodite. The chainmail is an abstraction of the fence that deteriorates over time showing Amy opening up and overcoming her barriers.