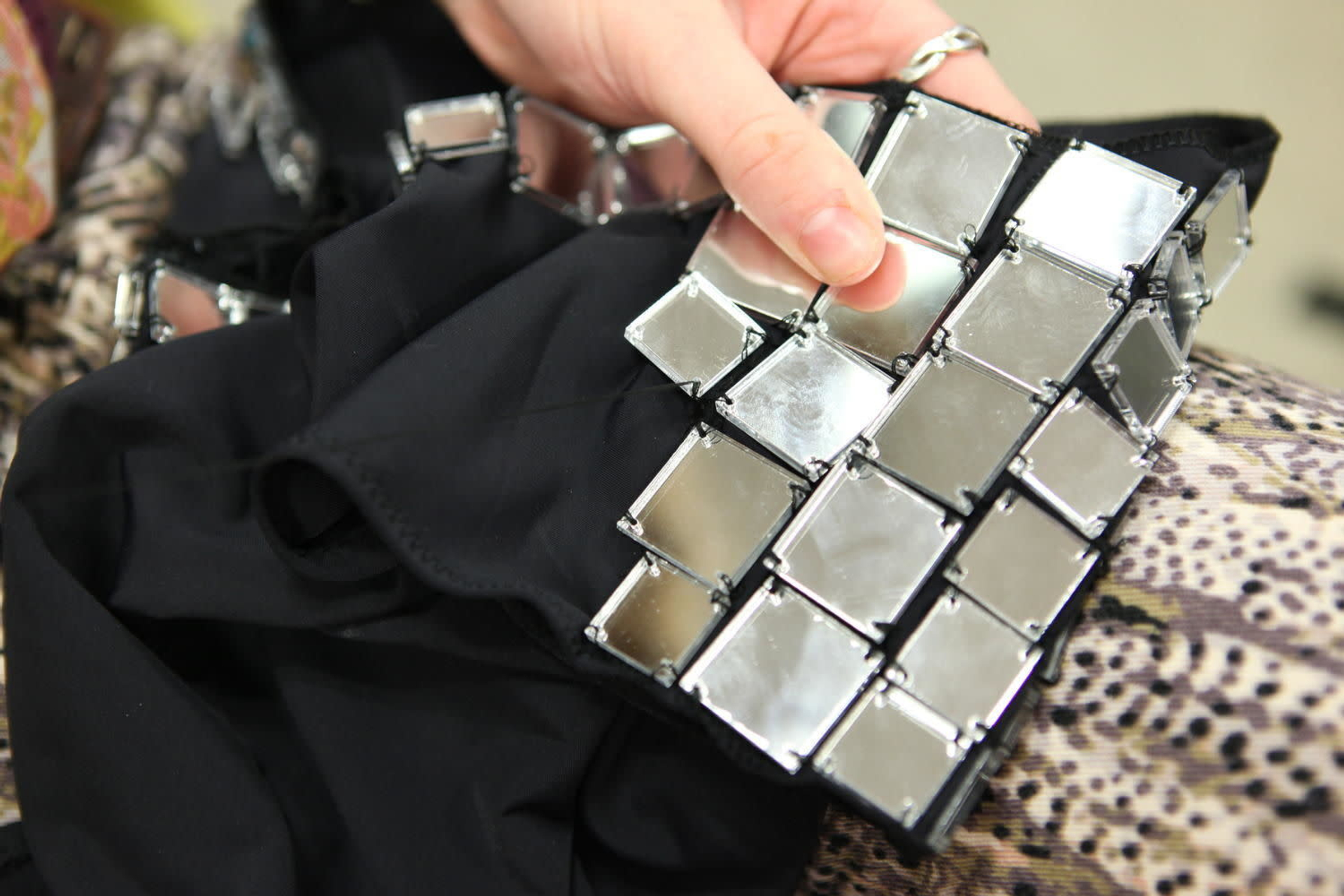 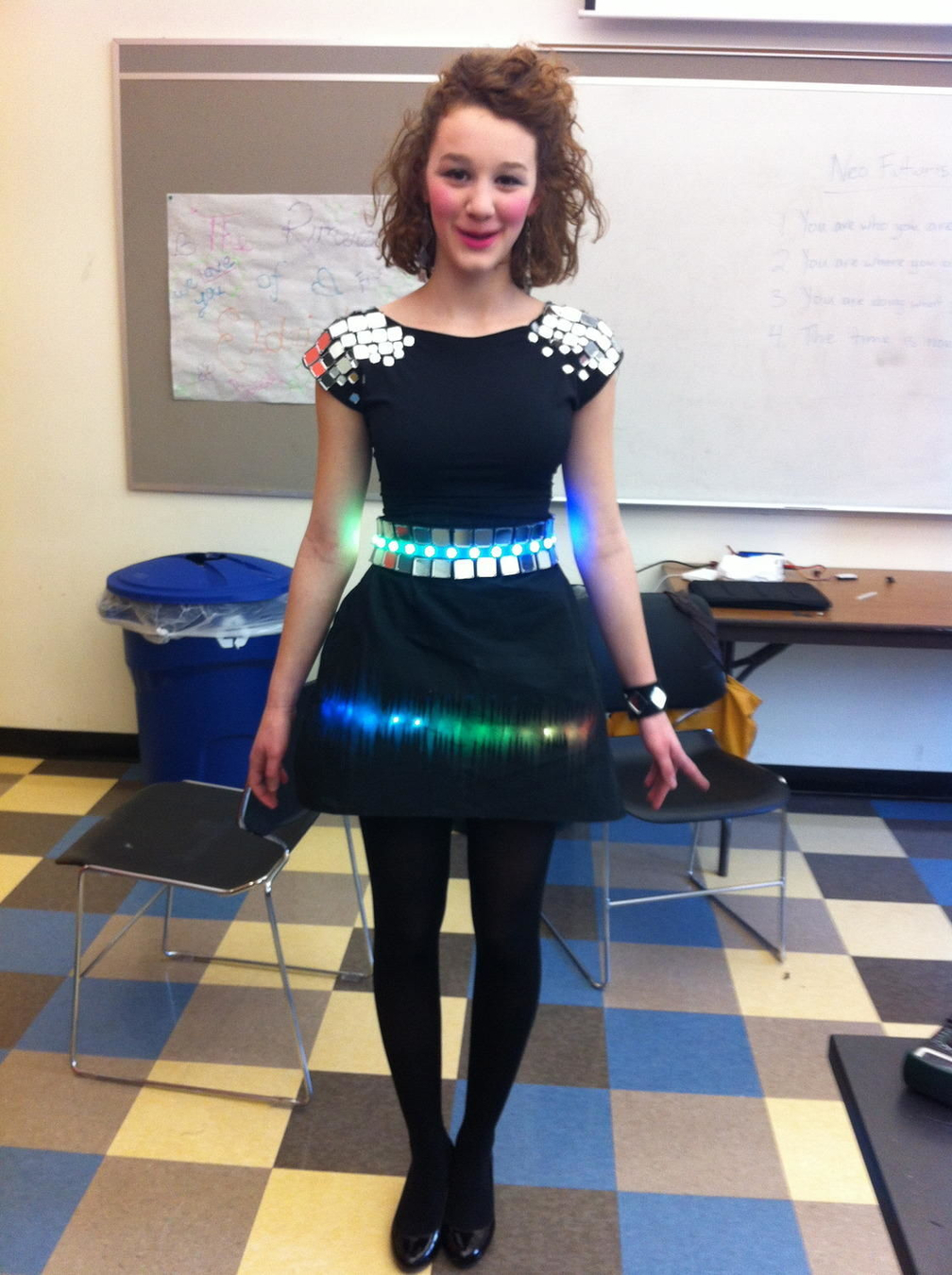 Fashion has always been a strong form of expression, and it is a tool people often use to show off their personality. This studio is meant to take this concept even further. With modern technology, fashion has become even more of a way to put ideas into the world in unconventional forms. There is an opposite side to this also, which is the idea of fashion reflecting what is happening around it, instead of behind it. Our goal for this project was to make an outfit that somehow responds to the environment around it. This, in addition to using and learning about design, electronics, and programming, is the main problem this studio is based around and trying to solve.

Our group decided to take on this challenge by creating a garment that responded to audio. The concept of sound was intriguing to us, especially because we also liked the design aspect of actual soundwaves. Sound is ubiquitous, and it impacts many elements in it’s environment. We went with this idea and designed a dress with a soundwave pattern on the skirt that lights up from underneath according to how loud the room is. With proper programming, it is possible to make LED lights react to the volume or frequency around them.

We started making the dress by brainstorming first. We came up with ideas on what we wanted our design to accomplish and the physical appearance of it. After we had a solid idea for our project, we then moved on to prototyping. Prototyping consisted of a lot of trial and error in creating our final piece which helped us to make the best finishing product as possible. We went to goodwill to get fabric to practice our techniques on to test them out to make sure we knew what would work and what could be improved by using different things.

As a result of our prototype, we discovered the most effective and best ways to make our dress. For example, we had an issue with fraying on our skirt. The prototype gave us the opportunity to test out different strategies and methods to keep the fraying at a minimum. We started by making patterns, then sewing, and then putting all of the pieces together while adding the finishing touches. In conclusion, this studio was very enjoyable and interesting. We learned a lot about the fashion industry and how difficult it is to make an exceptional dress on a time limit.