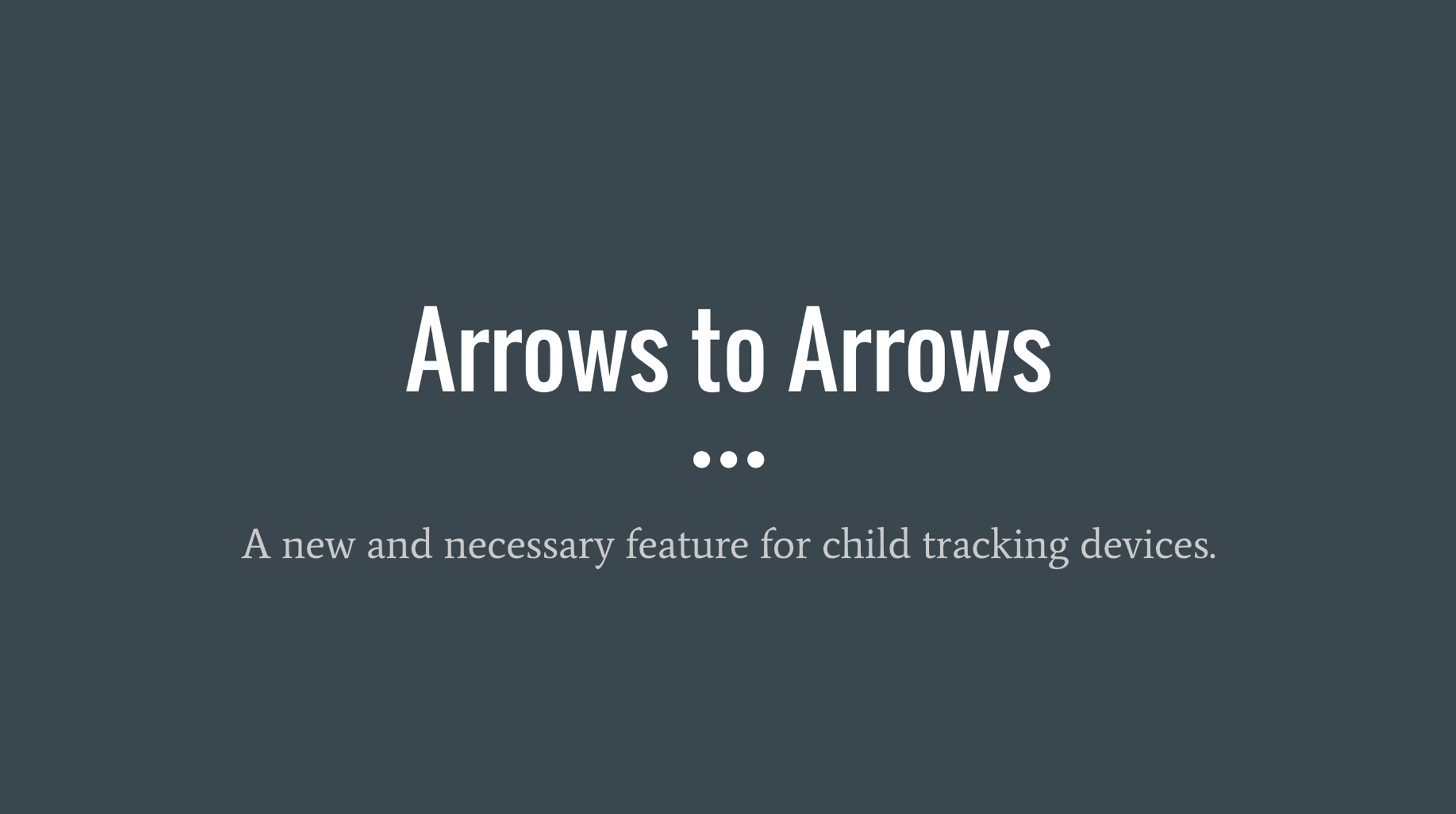 A new and necessary feature for child tracking devices. This feature would be an arrow on the physical tracker and the parent app that points one person to the other person.

Over two thousand one hundred children are reported missing every single day in the United States, according to the National Incidence Studies of Missing, Abducted, Runaway and Thrownaway Children. That number equates to about one child reported missing every forty one seconds. About eight hundred of these daily reports turned out to be cases of miscommunication or a situations where the child was not missing at all. There are tracking devices out there that can solve this problem. The problem with that solution is that the child cannot find their parent. That is where my feature comes in. My feature is an arrow that will point towards the parent or child (depending on the user). The arrow will always point towards the opposite party until they find each other. I created an app that simulates this feature. The app has an arrow and a map. The arrow constantly points towards set gps coordinates simulating the other party.