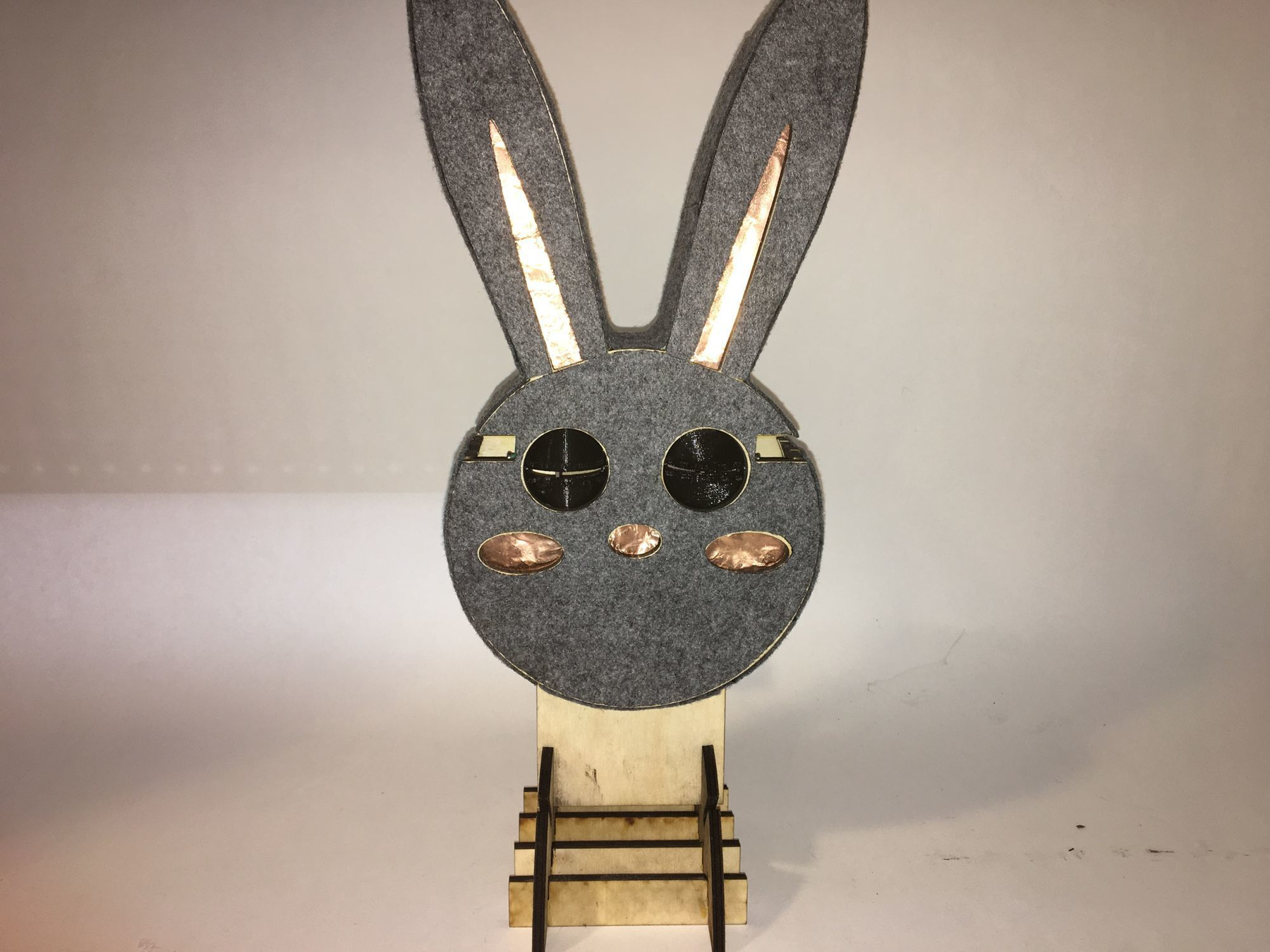 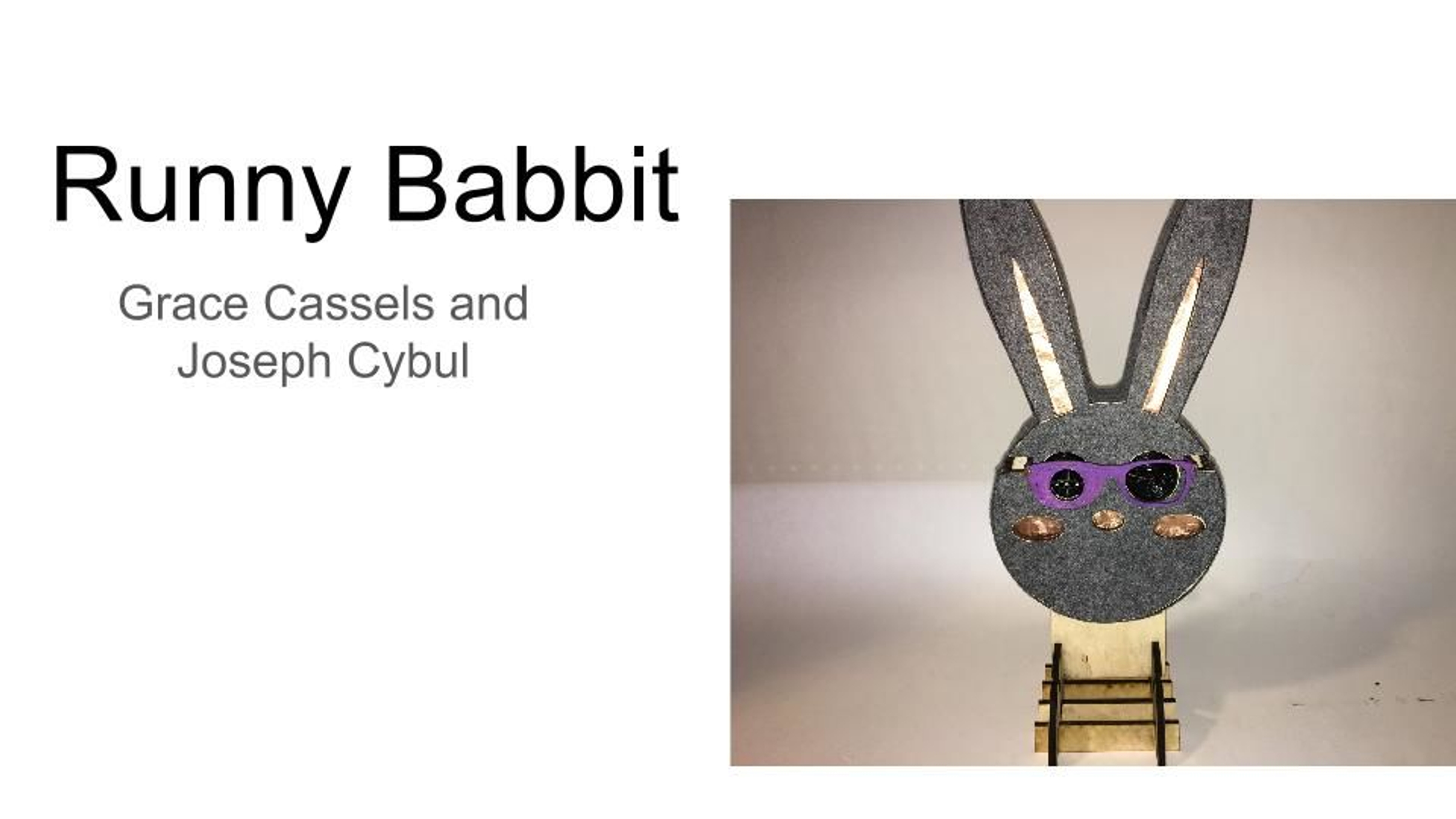 We created a toy that helps children develop fine motor skills. Similar to the way that many people insert contacts, our toy is specifically tailored to hone skills for holding open an eye to insert a prosthetic eye. It also familiarizes children with vocabulary for the different parts of their faces in order to help them feel more comfortable and understand what is going on during doctor visits. Many children at Perkins School for the Blind have some form of cerebral palsy, a neurological disorder that affects muscle control and fine/gross motor movements. Some of those children have also lost an eye and have an ocular implant and an ocular prosthesis. Our goal was to help those children learn to care for their prosthetic eyes when they have to take them out to clean them. After doing some research on toys to help children develop fine motor skills, we decided to make a toy bunny with the objective of holding open the eyelid and putting the eyes in correctly. We wanted our toy to have varying levels of difficulty, so we put the bunny on a stand with 3 different angles. The less obtuse the angle, the harder it is to put in the eyes. The bunny also wears glasses, much like many of the children from Perkins, so the final level of difficulty is to put the bunny's glasses on the child and have then practice the motion in their own eye. In addition, those children will have many doctors' appointments where they should know what is going on, so we added touch sensors to different parts of the face that upon touch, will say what part of the face it is. We used a wide variety of materials and methods in making the bunny, ranging from wood to 3D printed parts to an Arduino.