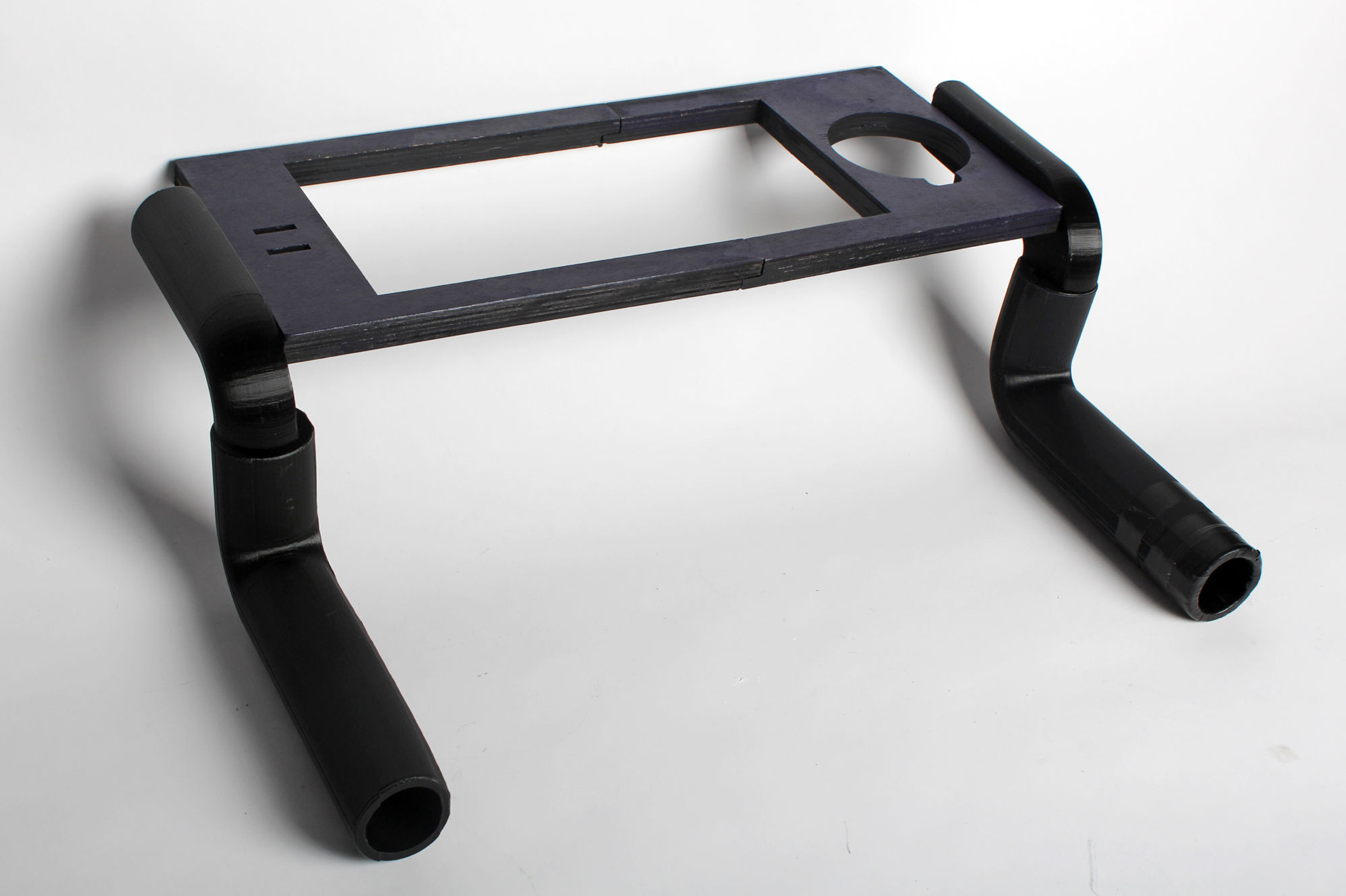 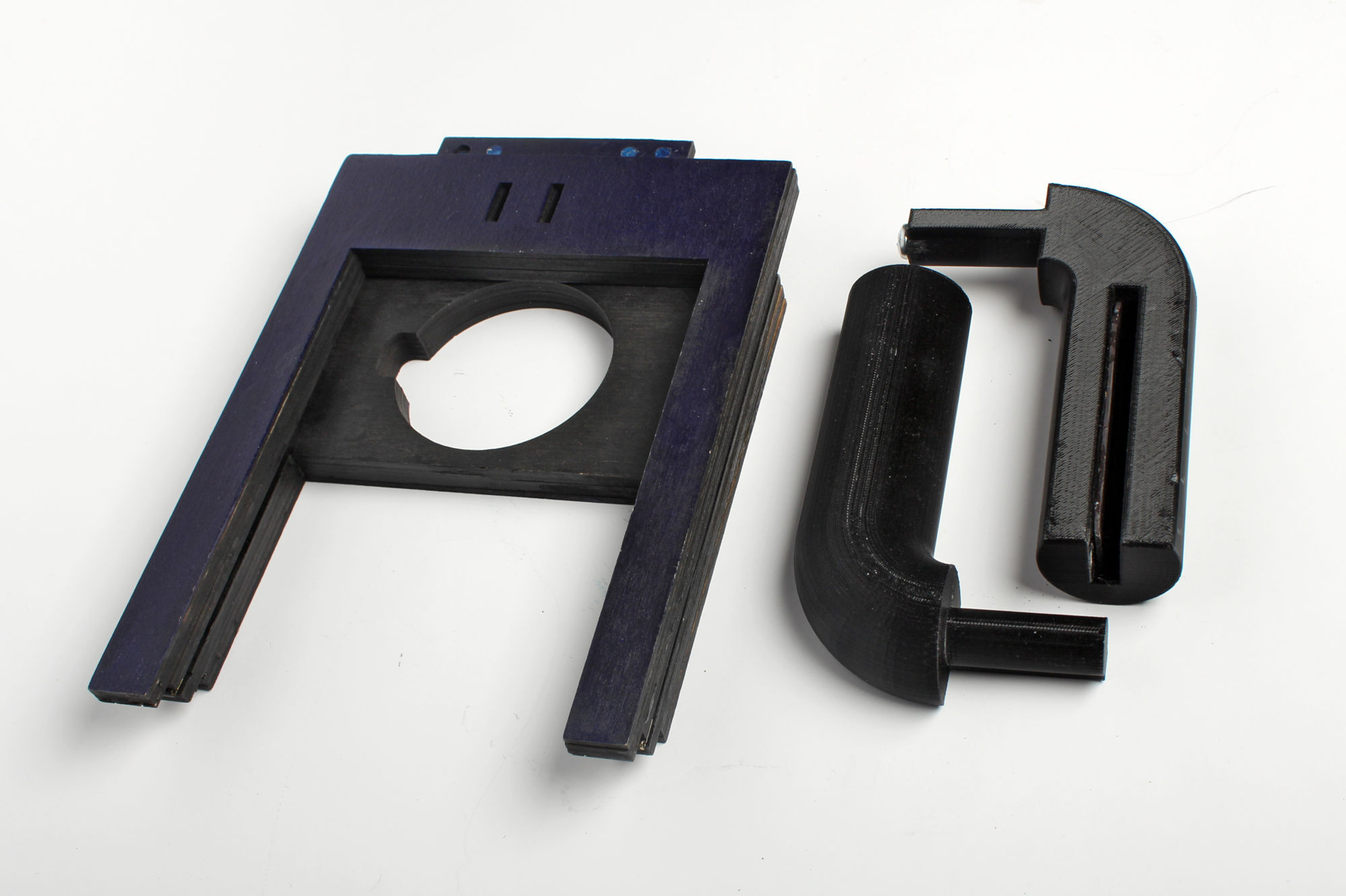 Gandhi once said, "be the change you wish to see in the world." That is basically what I have done. I wanted a tray for my wheelchair, but couldn't find one that worked for me. With the help of NuVu, my new school based in Cambridge Massachusetts, I invented the Universal Arm. When I first started NuVu, I had wanted to build a wheelchair that could fly as well as go under water. My boss told me we needed to start small and then get big. He told me to come with a wish list of all the attachments that I wanted for my wheelchair. The Universal Arm and the Rowing Motion lever were part of that wish list. There were twelve students who worked on the attachments for a period of two weeks. I had three team members who worked with me on the Universal Arm and its attachments.  I continued improving the Arm after they left. I soon realized that I could use the arm, which attached to the arm of my wheelchair, for other purposes. For example, when not using the tray, I can attach a cup holder, a tripod, and a canopy for protecting me from rain to the Universal Arm.

The other great thing about the Universal Arm is that it allows me to control everything from the front which is a great advantage, specifically for people in wheelchairs. If you are in a wheelchair, you don't have to worry about having something taken from your backpack in crowded places. The Universal Arm is cheap, 3D printable, customizable, and foldable. All the attachments can fit inside one small briefcase.

It took more than twelve versions to finally come up with the final working version of the Universal Arm. The most frustrating part of the whole process has been the canopy, which is still a work in progress.  When I met President  Obama this past week, I realized that all my hard work on the Universal Arm was worth it. Having met Obama motivates me to do work even harder. Five years ago, back in Afghanistan, it would never have crossed my mind that one day I would be sitting in the White House shaking the hand of the most powerful man in the world. It all made me realize that while there may be many challenges in life, there are also many possibilities within my reach.

After a year of living in the United States, I set some long term goals for myself. One of my goals is to open a school for street kids back home. Many of these kids are creative kids like myself. Unfortunately, they are born with an AK 47 next to them and grow up brainwashed by the hatred of an enemy and war. I want them to be born next to a 3D printer so they can grow up thinking of inventing something that will change the world in a good way. When I started NuVu this past year, I realized that this is exactly the type of school that I want to open. At NuVu you can be a filmmaker, an engineer, inventor, scientist, fashion designer, or a graphic designer. There are superman brains from MIT and Harvard to help you along the way if you get stuck or need help. NuVu is a universe of opportunities for creative minds.

Many students at the White House on Monday were scientists. That was the focus of the White House Science Fair. It was a celebration of young scientists. My school will be named after my American Mom, who is not a Muslim, and will focus on innovation and film. When I first told my mom that I will name my school after her she said, "well Sweetie that is very sweet of you, but beside the fact your school would be named after an infidel, the movie industry is also something that many conservative Afghans oppose." That is my over all goal to open their minds and introduce them to the outside world. If I had not come to America, I would never have learned that we are not enemies. This country is made of immigrants from every country and there are millions of Muslims Living here.  To make a long story short, my business plan for my school will follow the plot of the movie, Pay it Forward by Mimi Leder.