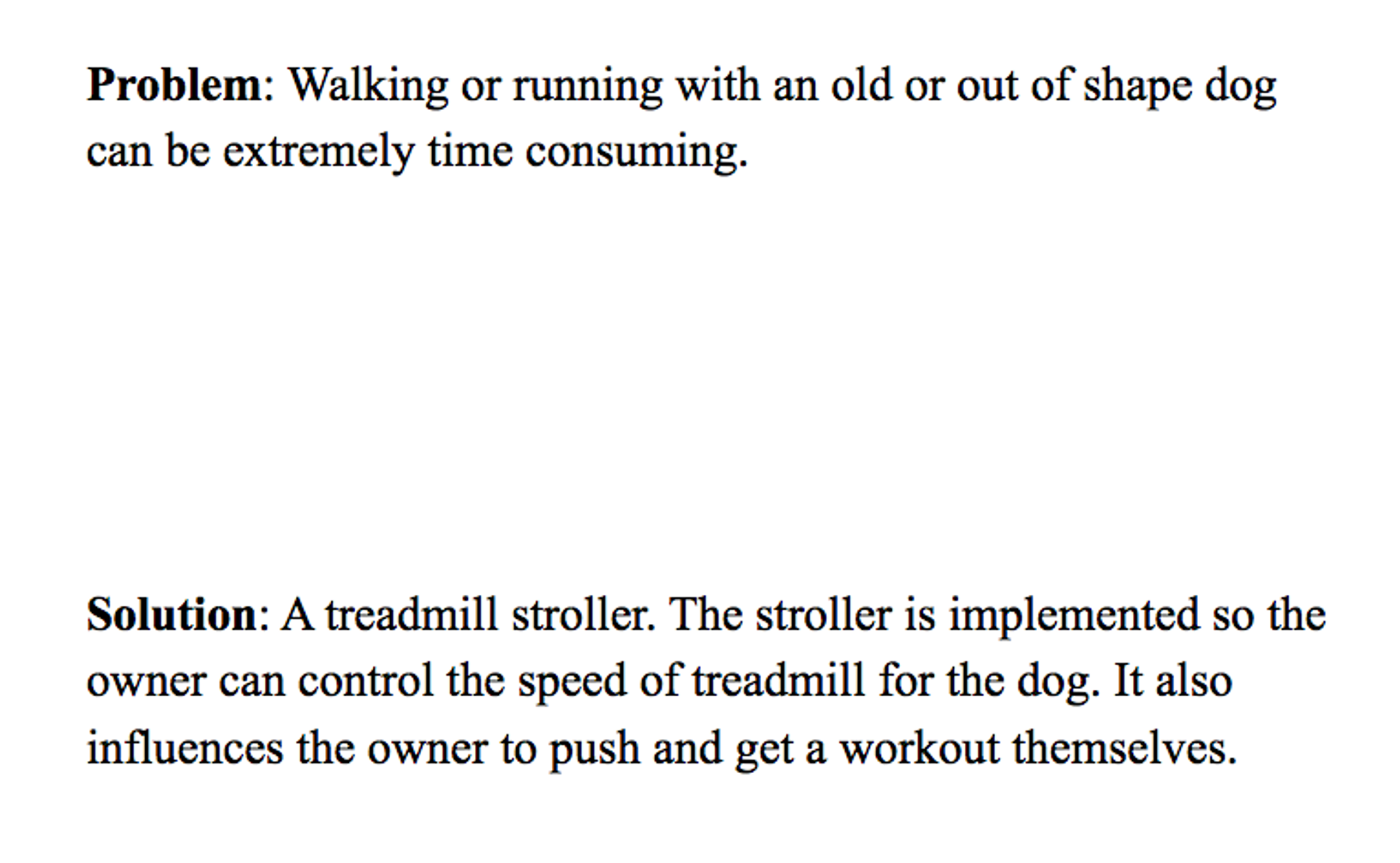 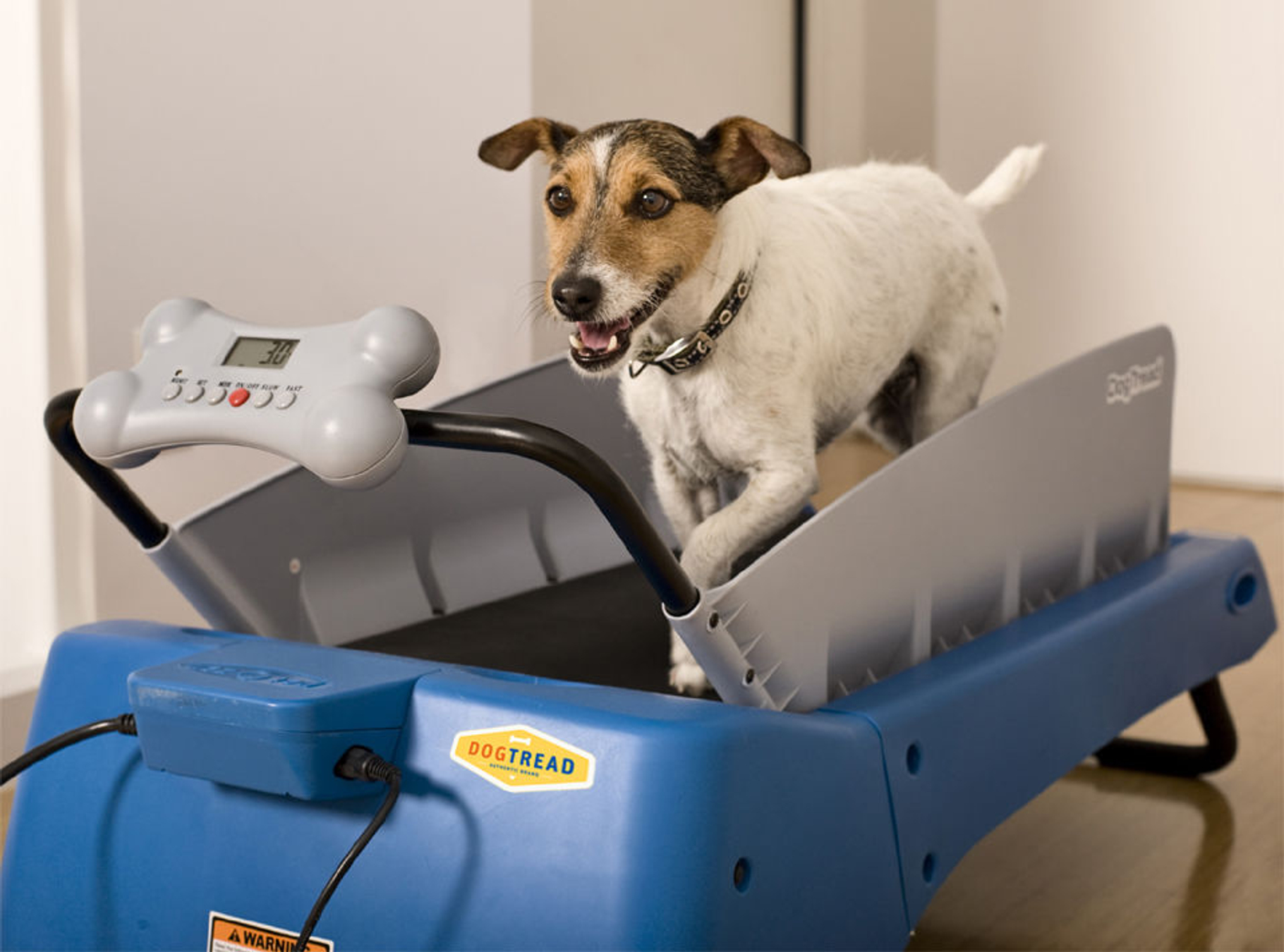 Today, many dogs are out of shape, thus; making their walks a slow hassle. THE BOG TREADMILL makes it easier to walk these dogs by allowing the dogs to walk at their pace on a manual treadmill while you push them going at your pace. We at Bog Treadmill, are solving this detrimental issue with our Bog Treadmill, which is essentially a push able cart with a manual treadmill on top. Bog Treadmill is so great because it allows your dog to go at its own pace, prevents the dog from stopping to sniff, and makes walking the dog more enjoyable for the owner. It all started with Mrs. Lou, my lazy, overweight terrier, who walks slow and makes frequent stops on walks.

Our final treadmill will be open on the top and have screen on the sides so the dog doesn't feel enclosed. The sleek design makes the bog aerodynamic, which was a consciously thought out design decision. For the mill, we taped together duct tape and attached it to two rollers made out of pvc pipes. Then, we stuck a dowel through the pvc pipes and attached it to the sides of the frame. The treadmill is a trike with two bigger wheels in the back and one smaller wheel in the front. This design was not only more stable than a four-wheeled dolly shape, but also the front wheels makes it easier to turn the treadmill. We 3D printed axes that attached the frame to the wheels. then we made a handle bar for the owner to push the treadmill.

Our first cardboard iteration was extremely boxy, and had a dolly-like structure. It had four wheels and had an unnecessarily large surface area which only made it heavier and less aerodynamic. We used pencils for the dowels and duct tape for the mill. The treadmill was also raised above the surface.