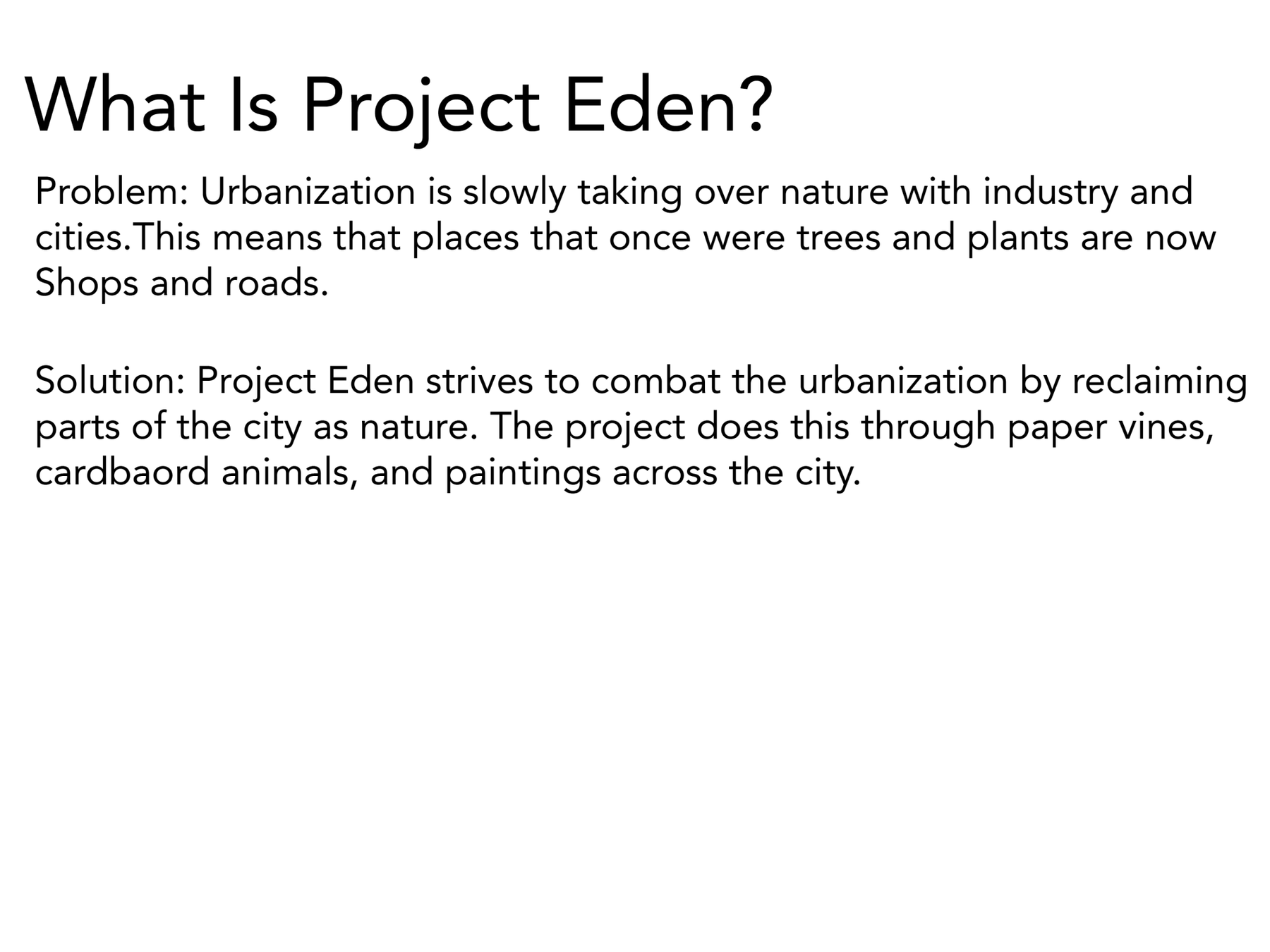 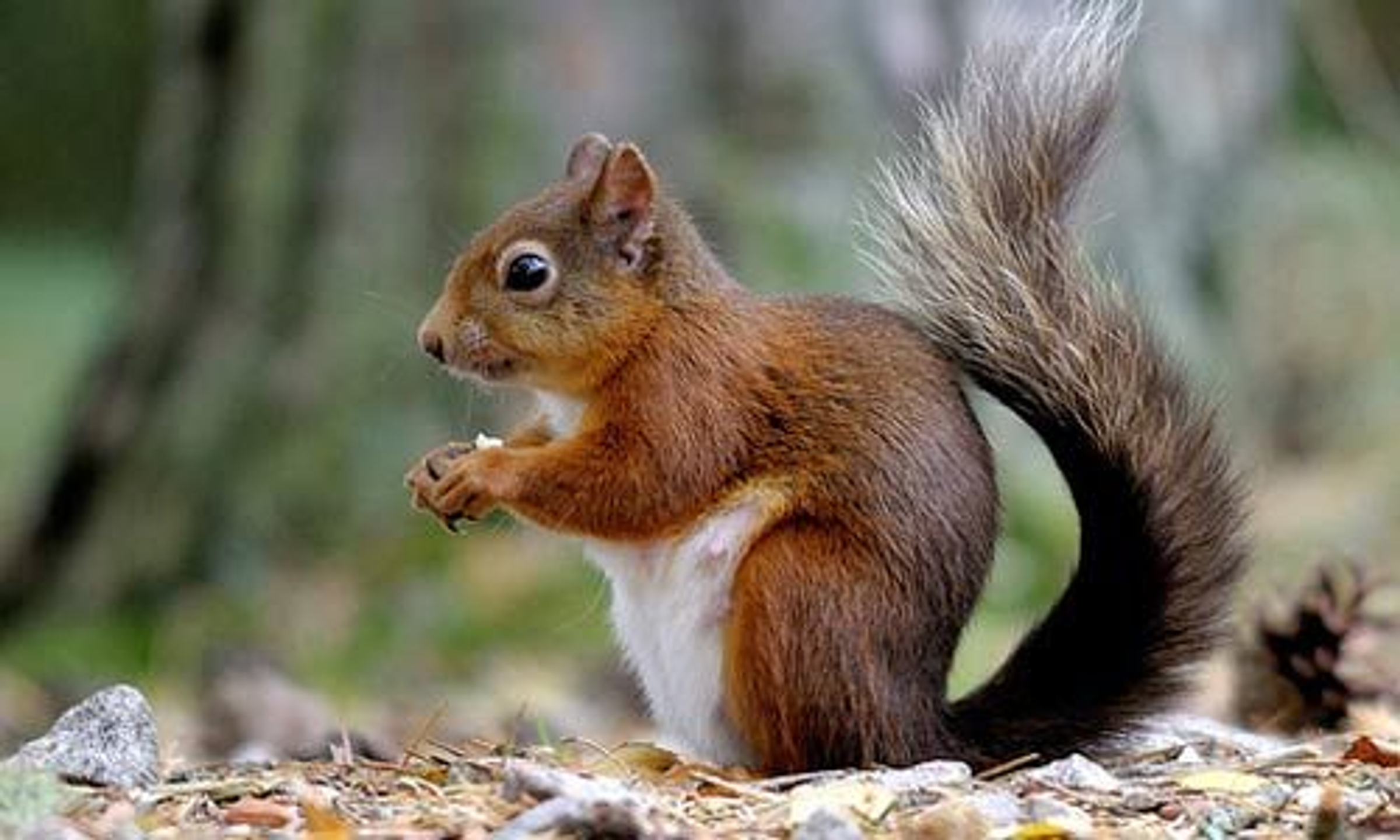 Project Eden is an attempt to reclaim public spots as nature. When we first thought of the idea, we originally wanted to put up vines over ads to do so. We then decided it would be best to put paper cutouts all aroud the city. Along with this, we planned to use stencils and put up cardboard animals.

We first designed and cut three paper cutouts to put around the city. We then cutout a cardboard animal. We were happy with what we had done but decided that we did not have enough to make an impact.

In our projects second iteration we had many more paper cutouts and multiple cardboard animals. We still wanted more parts to the project and we thought more could be done to our animals.

Our projects third and final iteration consisted of around fifteen paper cutouts, rose stencils, and painted animals. We painted the rose in many places and hung the animals along with the paper cutouts with messages on them to take pictures and post to #projectedenart.