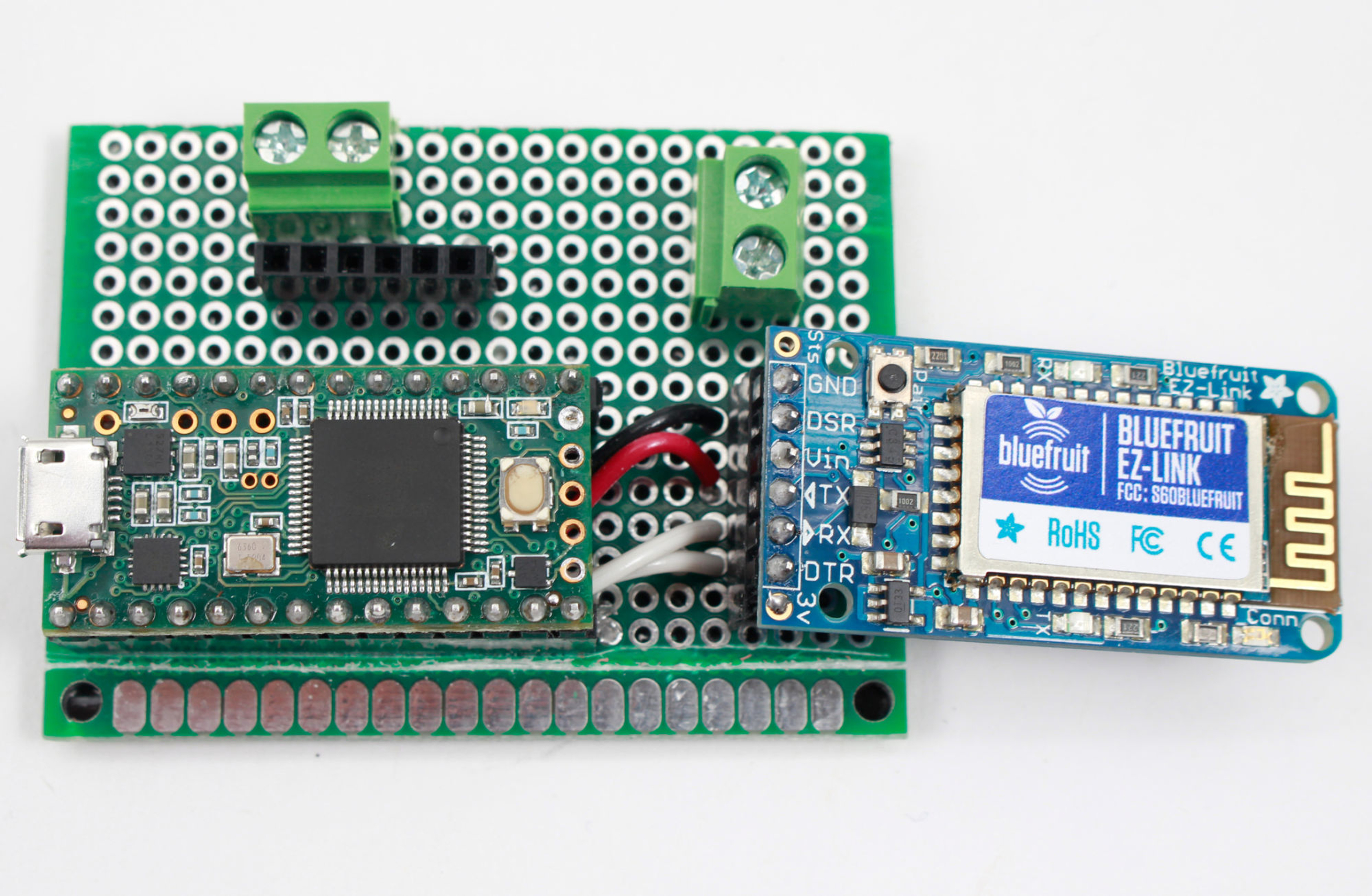 The original goal of our studio was to create a robotics kit for students at NuVu to use over the summer. Each group would work on a module for the kit I decided to try to create wireless connectivity for the robot. Originally I wanted to go for WiFi and Bluetooth connectivity I was thought I might create an app that allowed the interface to happen from an android smartphone and the Arduino controlling the robot. I ended up just using a Bluetooth terminal app I found that was already made.

For the first couple of days, I played with the Wifi module and looking at how the code works I realised it would not have been realistic for 3 weeks because of all the internet protocol I would have to learn so I decided to just do Bluetooth. I had no idea how tedious writing a communication protocol is coming in I didn’t think about how every single word needs to be parsed in the protocol. the way the protocol works is with tokens so a word corresponding to another module and the function that module is doing and the delimiter which  goes between the tokens to end the token and start a new token dependent on the previous token. Because of each project needed separate functions I had to write multiple tokens for every project this took multiple days to do partly because I was stuck waiting for other projects to finish their code.