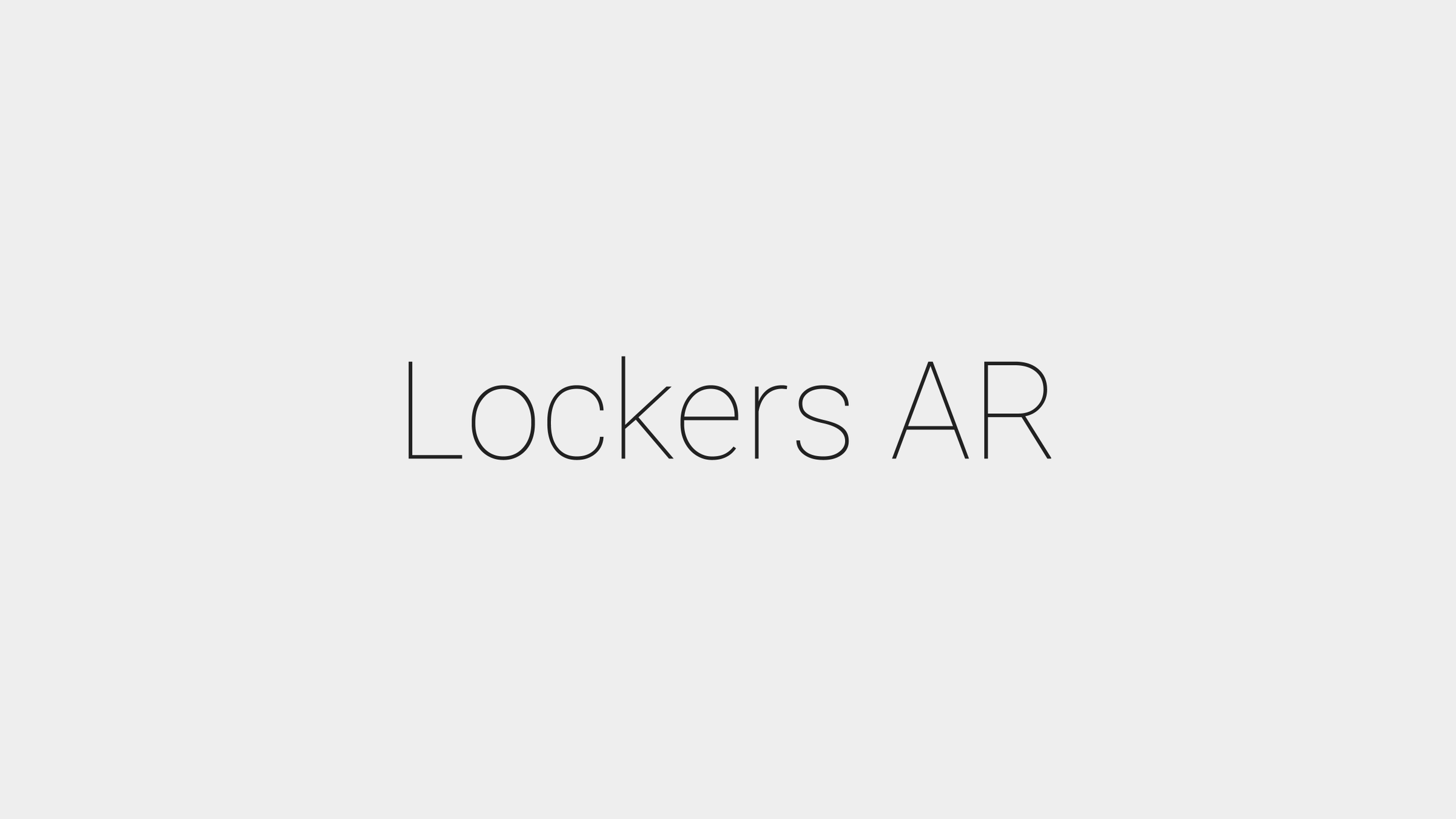 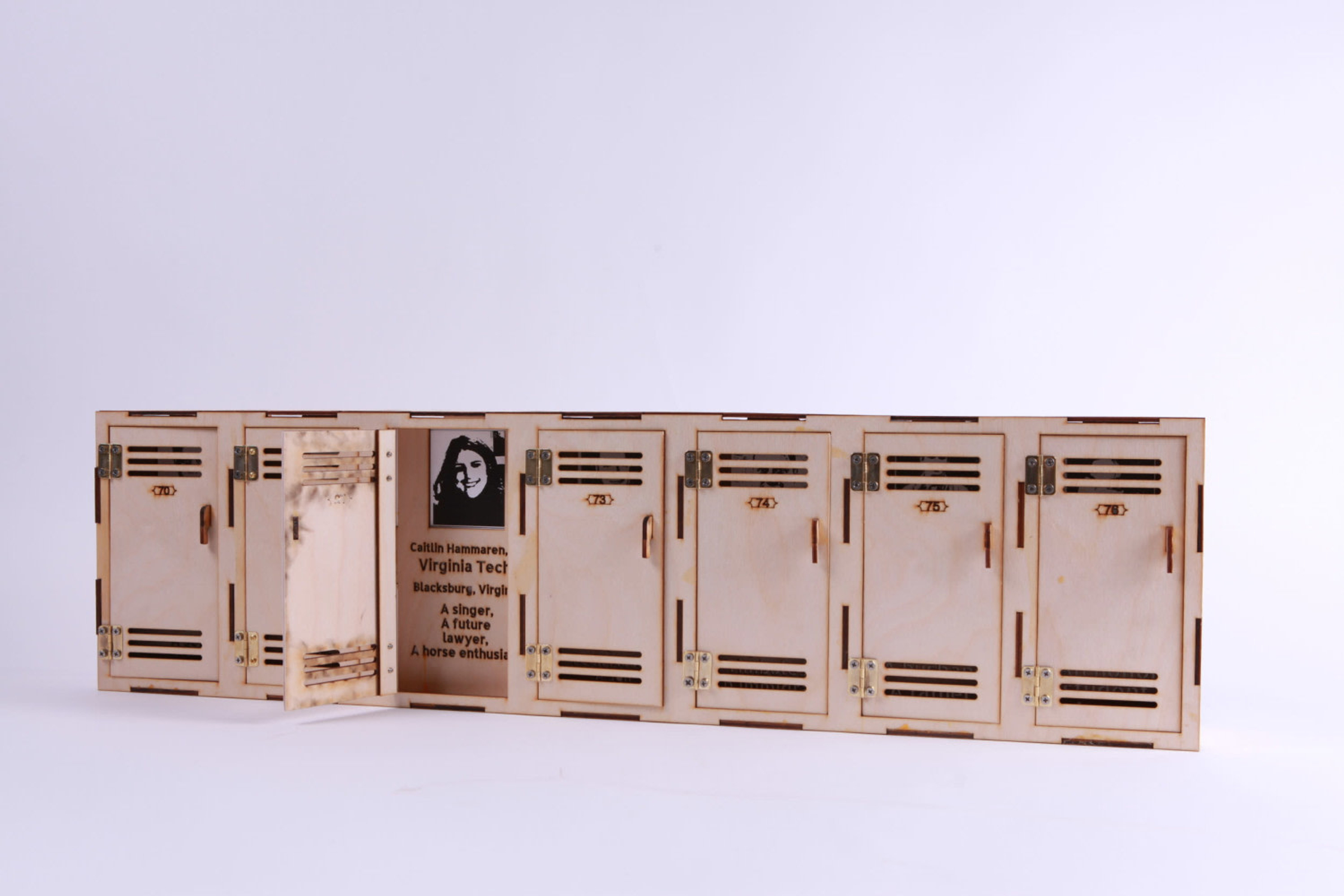 The Lockers memorial is an interactive art installation that targets the problem of gun violence in schools in the 21st century. It is composed of 226 small wooden lockers, each dedicated to a person. Inside each locker is an image of the victim with stenciled information (name, age at death, school of death, and a few interesting facts that makes them unique). One of the most interesting parts of the memorial is all of the information that had been compiled about each victim, but a shortcoming of the final product was that many portions of it were out of reach or difficult to interact with, making a lot of that information inaccessible. Lockers AR is an augmented reality app that supplements the Lockers memorial by making inaccessible sections of the memorial view-able on any nearby surface. The user can view a 3D model of the entire memorial and then select individual lockers to be viewed and interacted with through augmented reality.

Each locker was generated by a script which pulled information and images from the spreadsheets used for the Lockers project and placed it onto a 3D model of a locker. Using the Vuforia SDK with the Unity engine, the app detects nearby surfaces which the user can place to locker on, and uses the phone's gyroscope as well as Vuforia's plane detection to track that surface as the user moves around to view and interact with the locker. This gives the user the same experience that they get when interacting with the physical memorial, and allows the user to view the information in the intended manner, despite the fact that it isn't accessible in the physical world.