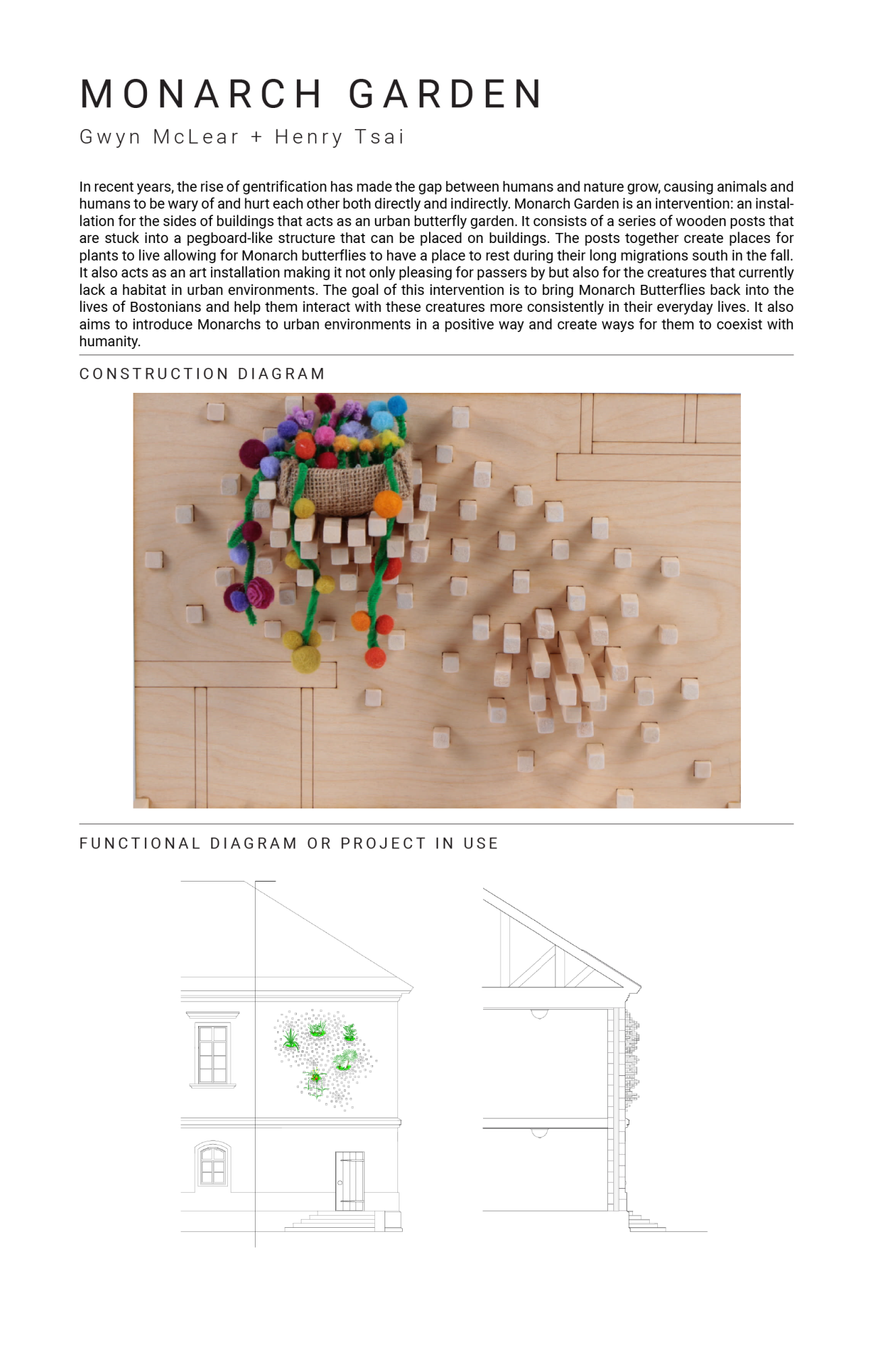 Monarch Garden: This project specifically addresses the falling population of Monarch butterflies, due to climate change, gentrification, and other man-made threats, and attempts to bring them back into the lives of city-dwellers by creating an intervention.

In recent years, the rise of gentrification has made the gap between humans and nature grow, causing animals and humans to be wary of and hurt each other both directly and indirectly. Monarch Garden is an intervention: a flower box specially designed to grow milkweed, the only plant that Monarch caterpillars and larvae can feed on. The flower box is located on the river wall next to the MIT Sailing Pavilion and functions so that the river is the flowers' source of water making it entirely self sustainable. The flower box itself is made out of wood. Two wave shaped panels make up the length of the box making it look like an ordinary flower box. However, the bottom of the box has a few holes drilled in it for drainage, and the back panel has two cut out strips where mesh is laid so that only water can enter and leave. This means that when the river rises the plants will be flooded with water (milkweed actually likes flooding) and effectively water the plants. The goal of this flower bed is to bring Monarch Butterflies back into the lives of Bostonians and help them interact with these creatures more consistently in their everyday lives. It also aims to introduce Monarchs to urban environments in a positive way and create ways for them to coexist with humanity.