Peter’s Chestplate at ON DISPLAY 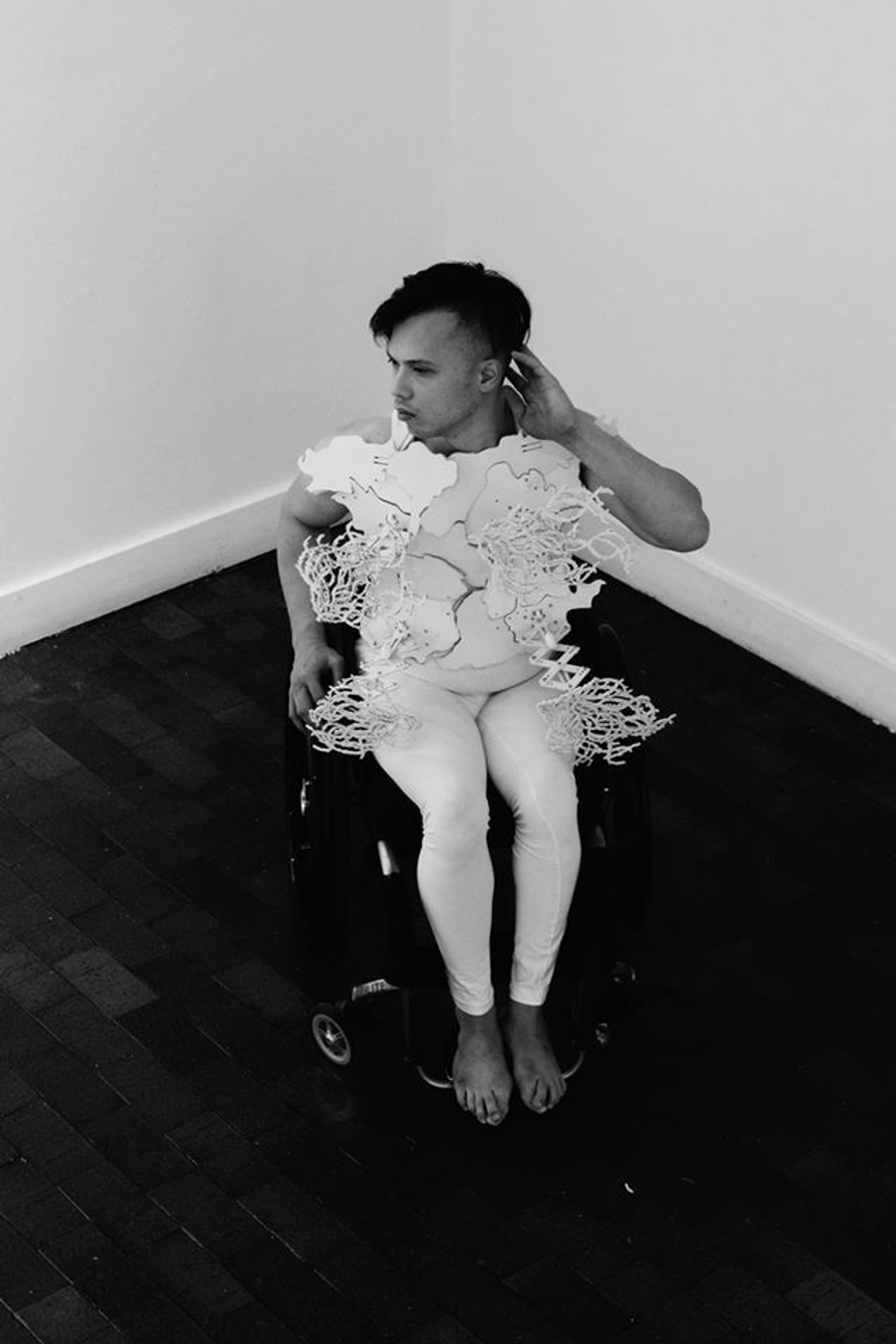 ON DISPLAY is an installation by renowned choreographer Heidi Latsky that serves a deconstructed art exhibit/fashion show and commentary on the body as spectacle and society's obsession with body image. It turns a cast of diverse and extreme bodies into a sculpture court where the performers are the sculptures. ON DISPLAY began as a simple human sculpture court and is now a movement, a growing portfolio of works that explore and demonstrate inclusion through art.

As part of International Day of Persons with Disabilities, NYU Tisch School of the Arts hosted On Display Global: Impact through installations on December 2nd and 3rd in New York City.

Working in collaboration with Heidi Latsky, NuVu students designed wearables for four of her performers for On Display Global. On Display uses fashion as a tool of social justice aiming to celebrate the beauty of difference. Each performer has a disability and teams of NuVu students worked closely with each of the performers to design individualized wearables that highlight a passion, experience or personality trait. Our intention with this project was to create and wearable sculpture that would encapsulate peter as a person. Peter is a performer that we had several interviews with the try to grasp at key components of him as a person. Our solution was to create a chest plate  with expandable and interactive vines. The chest piece has vine like scissor lifts to incorporate Peters love of nature, secondly Community was very important to peter so we created the vines to be detachable so audience members would be able to connect and change the arrangement of the vines.

One of peters main interests is nature he is very interested in conservation and hopes to one day work in that field. So nature was something we really wanted to play with, Secondly when asked about how he would describe himself he said he felt he was a cog in a machine. So community was very important to him so we decided to play with the ideas of overgrown machine that is effected by community. Our project is several scissors lifts inspired by a hoberman sphere, that when Peter moves his arm the vines are then pulled with makes them extend outwards off of his chest. The are detachable due to a small 3D printed part that allows for each "X" to be adjusted. Our project initially was to have these pauldrons that would would grow off his shoulders. Then we wanted to have a series of "Pods" before we settled on our final project. One technical challenge we face is that the vines grow off in a very two dimensional way, that is something we are looking into changing.

Our first iteration had elements from nature and machine, and was basically how this two complement each other, the idea was having some vines coming from the right side of the waist, and they would spread out to the chest and arms, but one arm would me made of objects from nature and the other one from pieces of machines with overgrown vines on it. This would have expressed nature,machine and growth, which are things that peter feels identify with. This iteration made us question our selves if we were really showing peter as he wanted us to, and realize that we needed to see thing more profoundly.

Our second  iteration started giving us a very important part of our final project which was the Hoberman sphere mechanism, that its made by ‘X’ shapes that can expand and contract with a little movement, expressing growth. In order to show community we had the idea of people attaching to this x shapes that were also vines, more x shapes during the performance, the way we wanted to place those x shapes in the chest of peter wasn't really working. We used big leaves spread all over his chest connected by wires and the vines would come from the leaves.

Our las iteration end up being the one we used for our final project, which was a chest piece made of many wood pieces that were the outside of a pile of leaves and they  would be glued to a felt piece to keep them together but allow them to take the shape of any person that uses it. To attach the ‘X’ shapes we 3D printed some pieces that were attached to de flat surfaces, and we also 3D printed clips that people would use to attach the other pieces to de x so as to show community, and by the end he would have  big vines all over his body and out side that were attach to strings, so when he moves his arms the would extend and contract.