People with seveer cases of Cerebral Palsy requiring a lift vest face the issue of wearing something that is unfashionable and attracts stigma.  We designed a lift vest that would both facilitate the transfer of an immobile person and have a component of style. Our final iteration, although still using only nylon, was changed dramatically. We tried to integrate the straps into the design as much as possible. For our final iteration, we kept our core concept of using woven nylon together to create a more custom and creative lift vest. Our design was made constructing a comfortable lift vest that was also fashionable. Our lift vest has a cross design across the chest and in the back, and handles and straps woven in. The vest allows a person to feel comfortable wearing a piece of once ugly adaptable clothing, and help ease the caretakers responsibilities that are often exhausting. 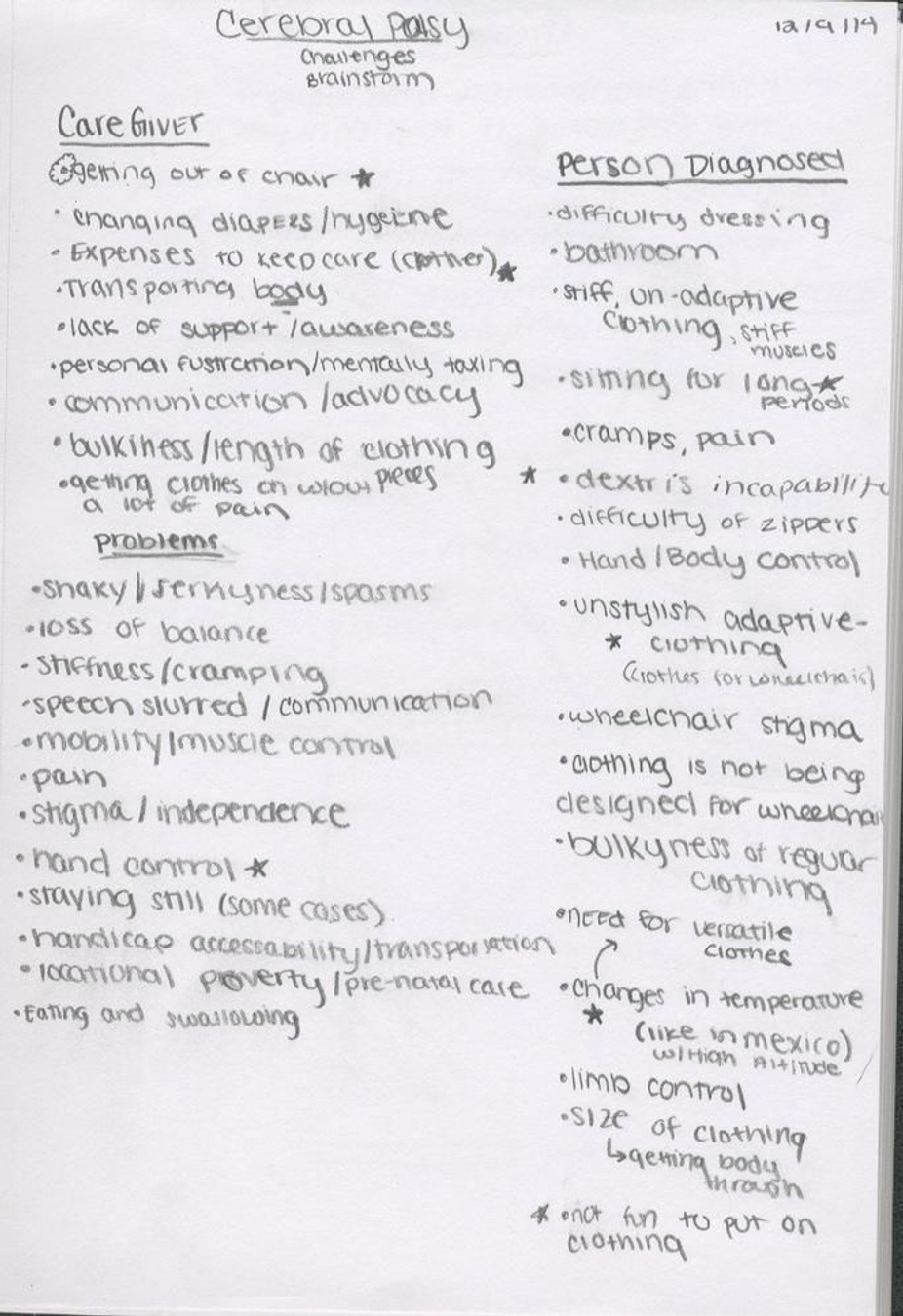 We began with the challenge of making a piece of clothing or a wearable for families with children who struggle with CP face on a daily basis. We focused on the problem of lifting an immobile person out of their wheelchair and moving them to another location while erasing the stigma associated with "lift vests" and adaptable clothing. Thus, we took our original vest and began researching further about various lift vests and key areas on the body where support is needed when lifting a patient. Next, we met with a family who told us where they would need straps on a lift vest in order to facilitate the movements of their children. We began designing new vest sketches that kept the idea of vertical and woven fabric designs while intergrating horizontal straps as well. After multiple sketches, we turned to duct tape and plastic caution tape to construct various prototypes of each sketch and further our ideas. Our group ended up playing with the material until we found a woven pattern that we found was most creative and effective in one piece. Consequientially, we decided to redesign the idea of having adjustable straps and instead went for buckles that would clip along one side to secure the vest on to a small, medium, or large size. Our process was essentially an experiment of trial and error as we tried to keep all new and key straps of nylon (or rather duct tape) as integrated to our concept as possible.