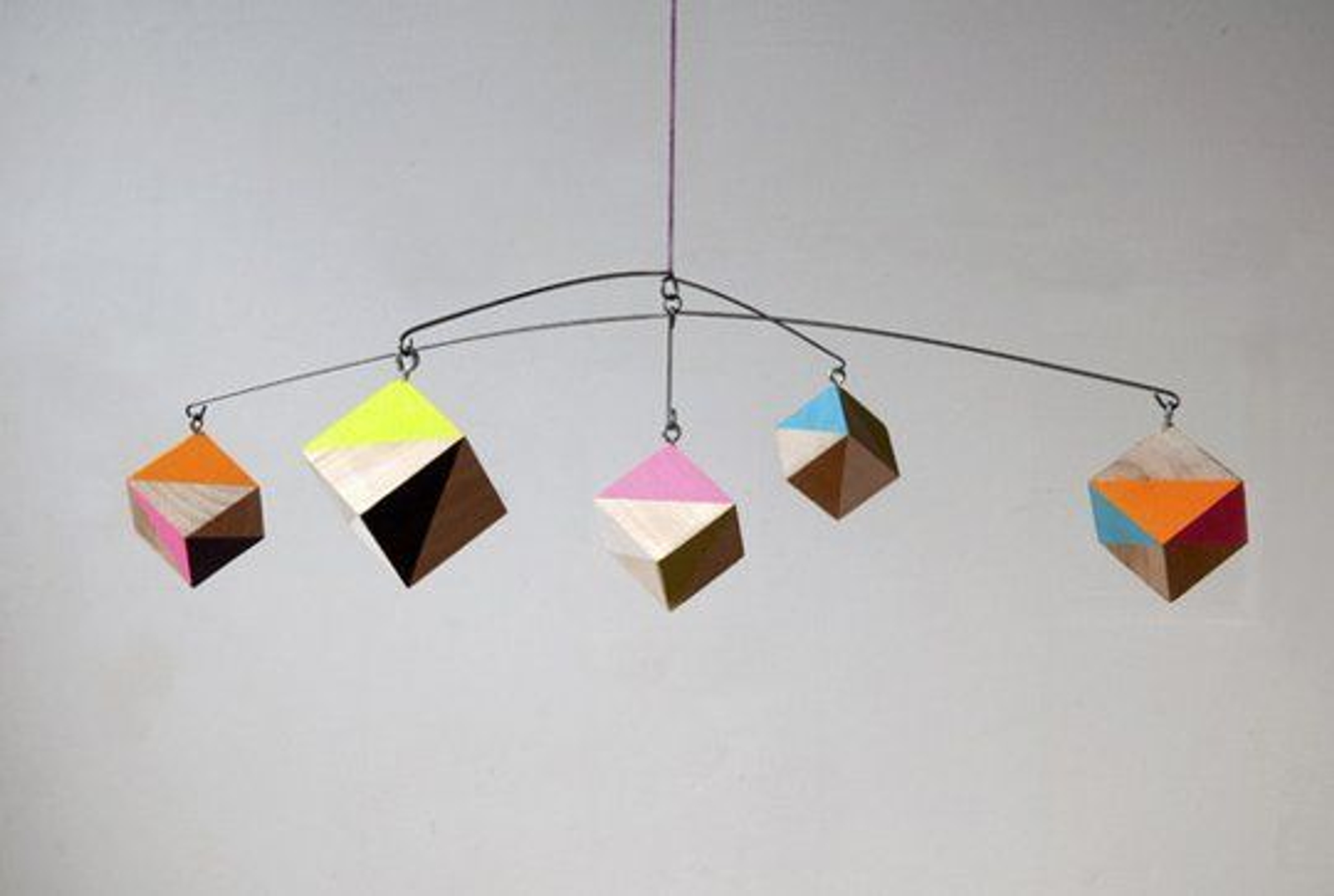 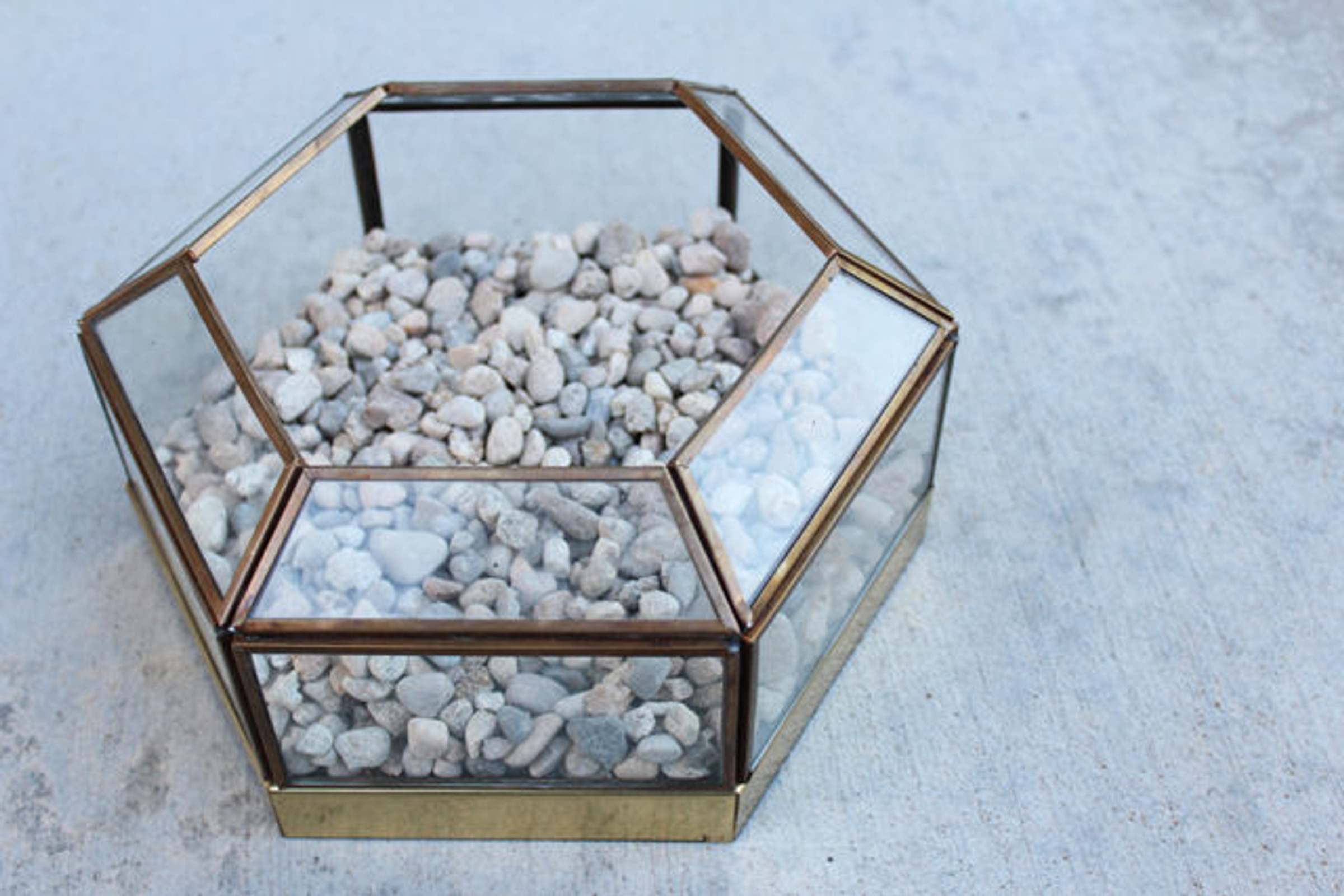 In today's society, people are spending very little time outside as a result of being to busy with school and work. To fix this we created a mobile terrarium or a “Mobarium”, as a way to bring nature indoors, in a convenient way. . When brainstorming different ideas, we decided that we wanted a terrarium that could be placed anywhere, and would not be taking up needed space, so by making it a mobile, the terrarium will not be in anyone's way, while still serving its purpose of brightening the room. We also thought it would be cool and interesting if the terrariums were in different geometric shapes. Each of the geometric terrariums attaches to the bottom of one side of the rings, which attach to the axis. The rings can then rotate around the axis. We originally thought it would be interesting if we put a light at the bottom of the axis, so when the terrariums spin around it, the light will bounce off them if different ways so the viewer will see different perspectives of the terrariums. However, because of limited time we did not have the chance to finish the design and creation of the light for our final iteration. We designed four different iterations, the first being the most normal looking mobile. However after receiving feedback and doing more brainstorming, we decided it would be cool if the terrariums revolved around the axis as if it was a solar system. The second and third iterations had two different shaped rings that revolved around the axis, however after receiving feedback, we decided that the rings from the second iteration better suited our project. As for the geometric terrariums, we originally planned for them to be completely made out of acrylic, but after receiving some feedback and laser cutting holes in all sides of the geometric shapes, we thought that the border defined the shapes nicely and made a nice accent for the shapes. We originally planned for all the terrariums to be different shapes, and then changed our plan for them to all be the same shapes, but after receiving more feedback we decided that have two of each of the geometric shapes made it different but organized.