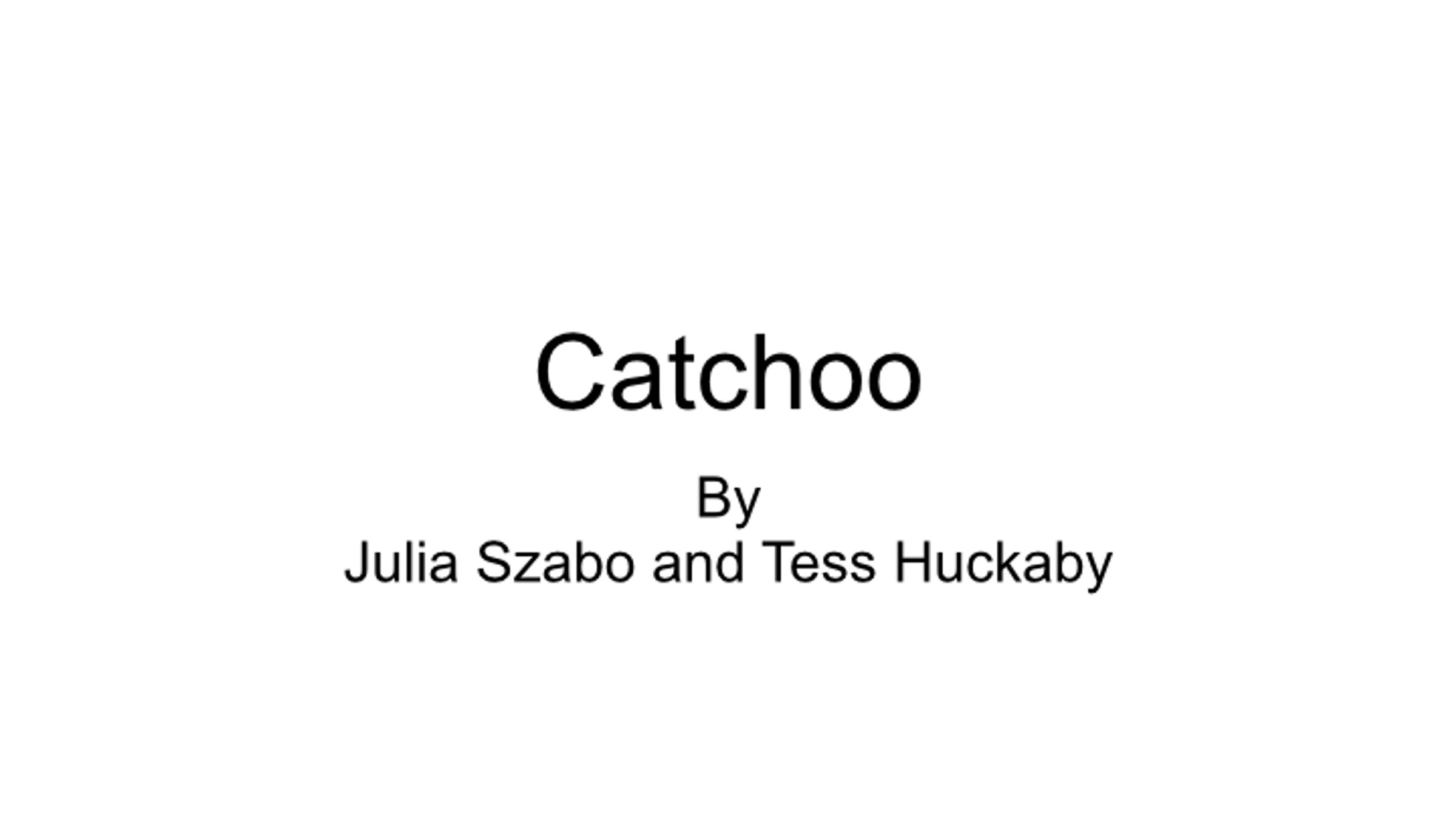 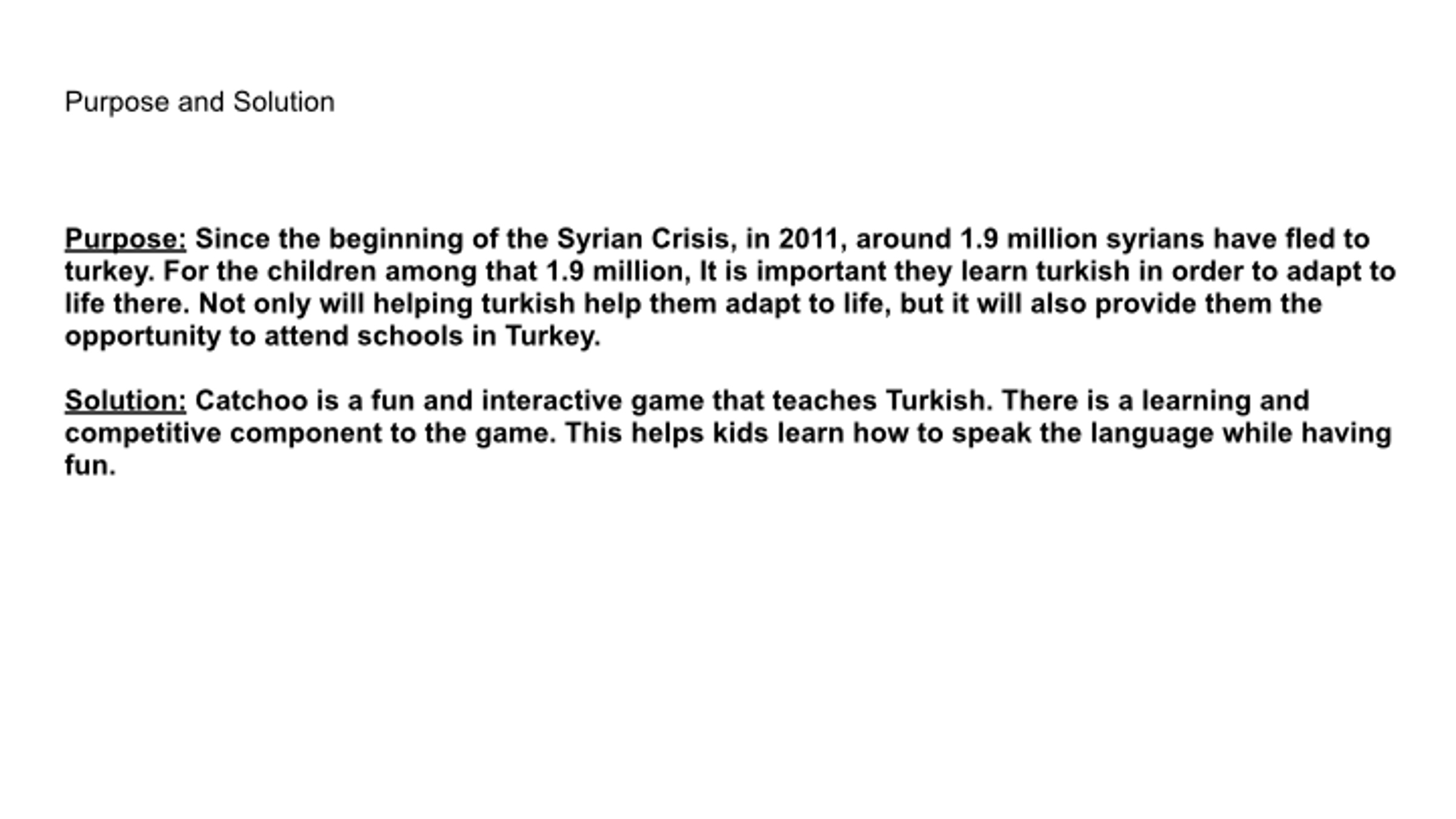 Since the beginning of the Syrian Crisis, in 2011, around 1.9 million syrians have fled to Turkey. For the children among that 1.9 million, It is important they learn turkish in order to adapt to life there. Not only will helping Turkish help them adapt to life, but it will also provide them the opportunity to attend schools in Turkey.

Catchoo is a fun and interactive game that teaches Turkish.  There is a learning and competitive component to the game. This helps kids learn how to speak the language while having fun. The game has two level of cards with the intention that two people on different levels of Turkish can play together. Although our main intention was to teach Turkish, the design of the game allows for there to be expansion on the languages that the game can teach. Along, with focusing on how to play the game, we also focused on what the game was played with. The design of the physical model is compact and portable, making it easy to play the game anywhere you go.

In our first iteration, we modeled the design after the game catchphrase, using a three dimensional oval that had one slot for cards and a digital timer that would beep when you started to run out of time. We also thought of using springs to continuously push the cards upward so that they were still accessible as more cards were pulled out of the deck. This design was very basic and didn’t meet all the purposes of our project.

In our second iteration, we redesigned the entire shape of the game.  We decided to make the game a three dimensional triangle, thinking that this would be a more interesting and unique design. Instead of having one slot for cards, we created two slots so that two people could play. Along with changing the model of the game, we also changed the intention of the game. We decided that there would be two levels of cards so that people at different levels could play with one another.

In our third and final iteration, we redesigned the shape again after receiving feedback that the shape triangle did not work with the different elements of the game. Since there are two decks of cards, we decided to make a rectangle where each end would be the entire length of the two decks of cards and had storage space inside to hold the different levels of cards. We also changed the way the cards come out of the box, stacking them vertically (so that the side of the card was going up and down) instead of horizontally so that gravity would not be working against the person trying to remove the cards and to conserve space in the box. We also decided to fasten the lid to the box using magnets instead of a hinge because we thought this looked sleeker aesthetically.