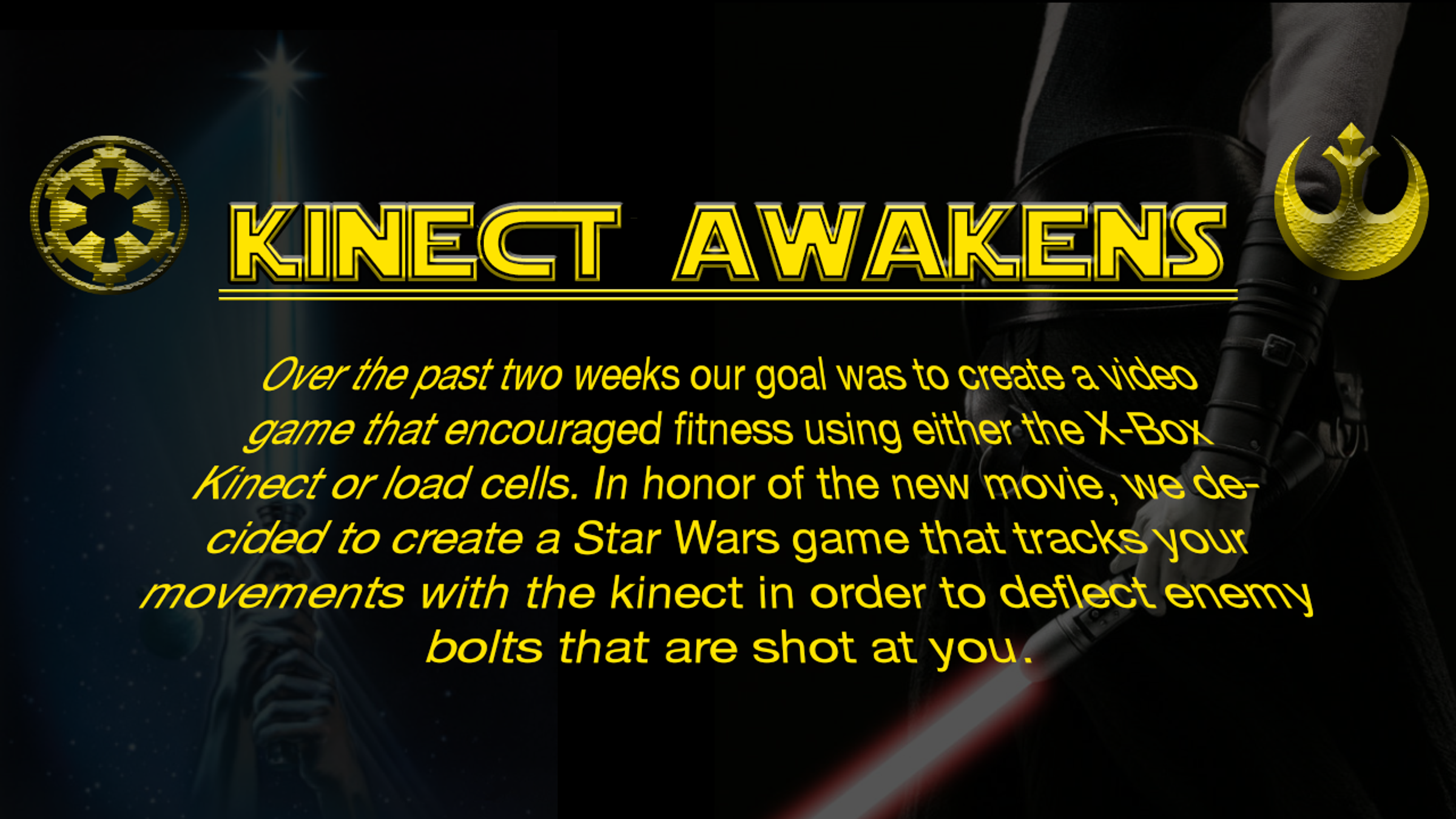 Our challenge for this project was to create a game that motivates people to exercise. We used the Microsoft Kinect as our mode of interface with the game. The kinect tracks your movement with an infra-red camera and skeleton tracking software, and that data can be transferred into a program, for this project we used the program Processing 3.

In honor of the upcoming Star Wars movie, we wanted to create a Star Wars game. Our base idea was to have a game where the player can swing around a lightsaber, and on screen, they can deflect projectiles being shot at them. The main 3 screens are the “start” screen, where the game interface is laid out, the “play” screen, where the actual gameplay occurs, and the “death” screen, which would is shown when the game is lost.