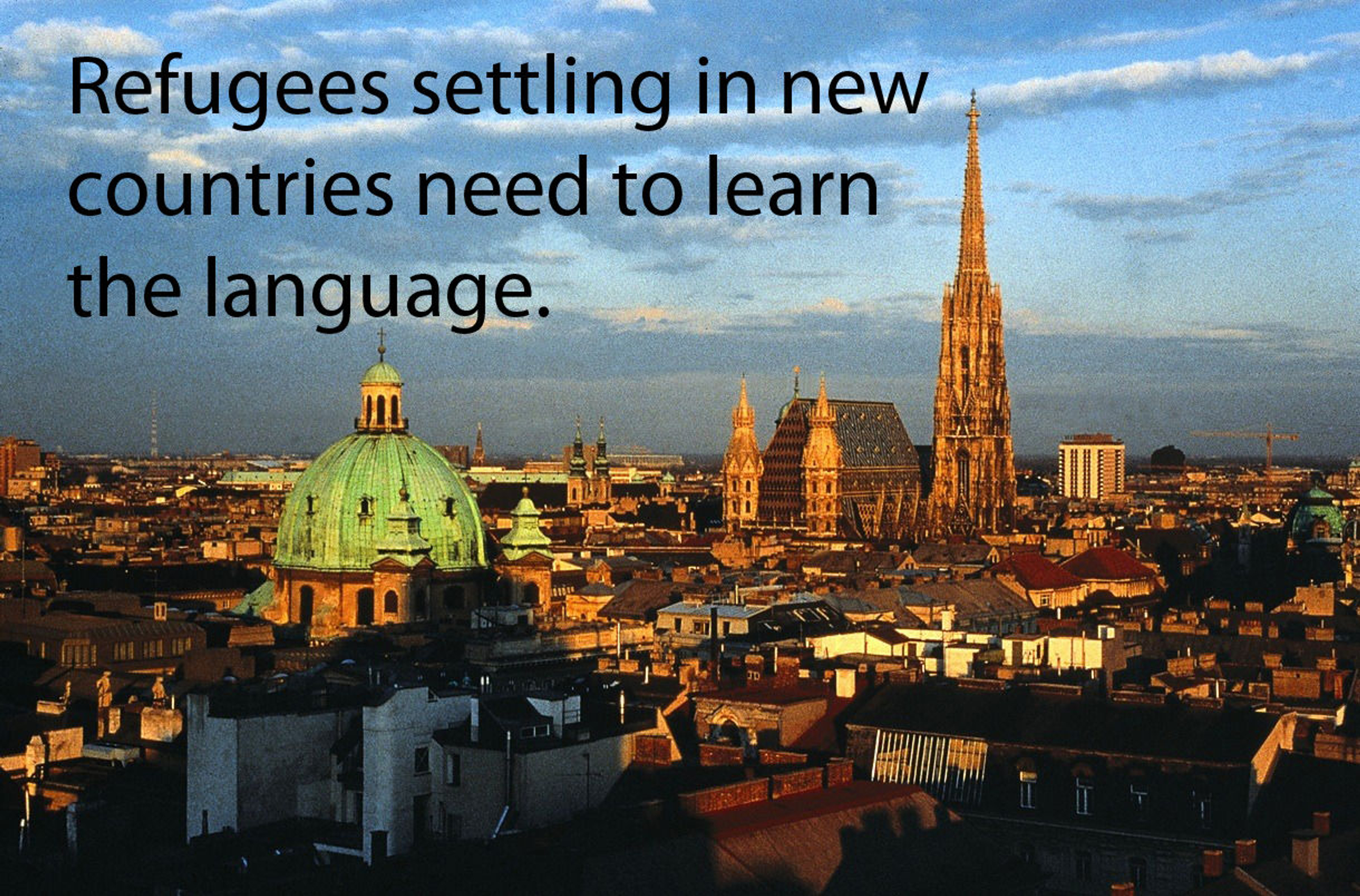 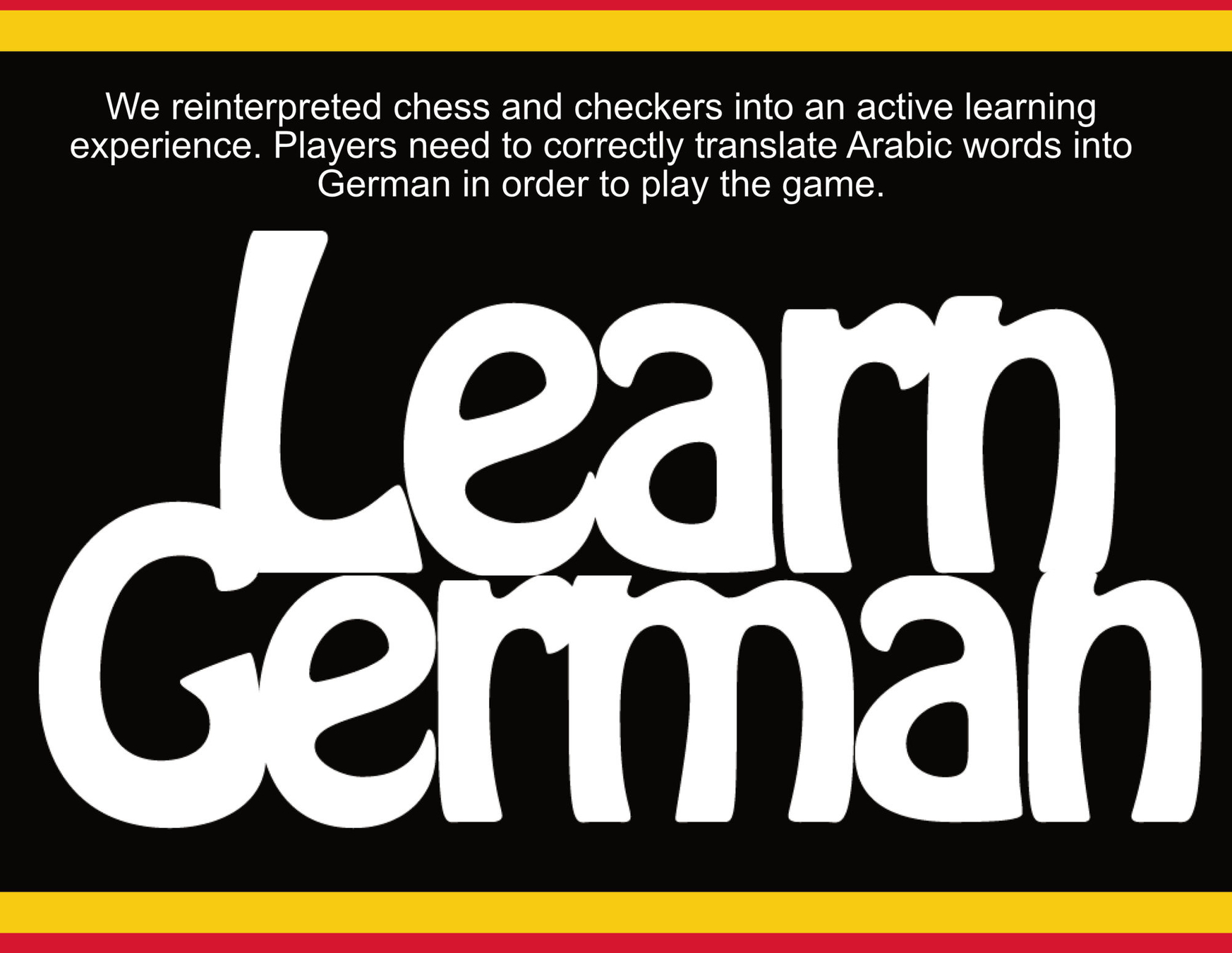 We created a board game that is both educational and entetaining, it turns a checkerboard into an 8 by 8 grid of flash German-Arabic flash cards.

We created 8 catagories of helpful words. The catagories are health, food, clothes, house, job, politness, direction, and question words. Each catagory contain 8 words. There are 64 words in total. The German word will be on one side and the Arabic on the other side of the square. The board starts out with just Arabic words on it, a player picks the next move and then correctly translate the word into German, flipping the square over, only then can the player move his or her checker or chess piece.

The game can be played by two German or Arab kids. They can have fun while they learn.