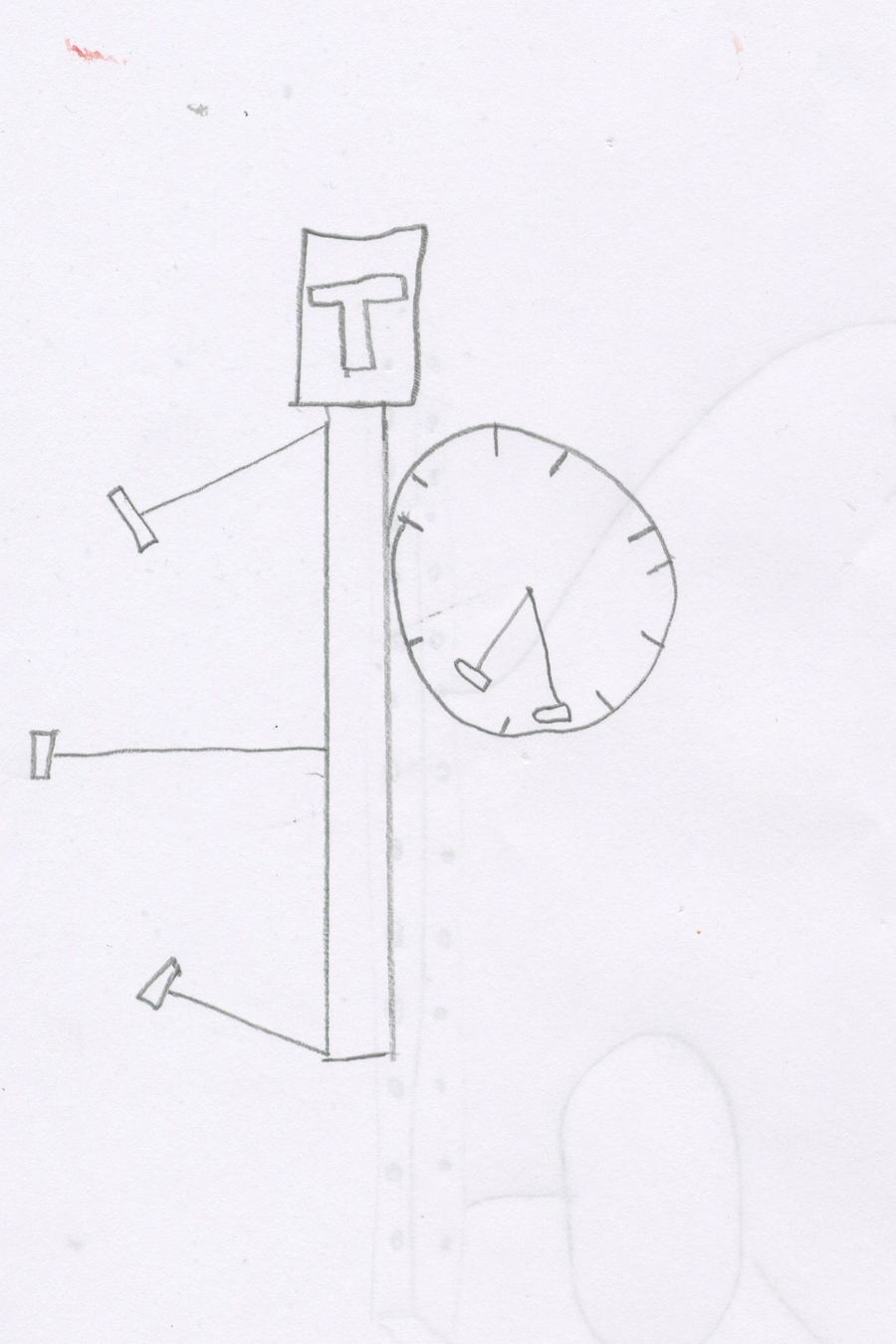 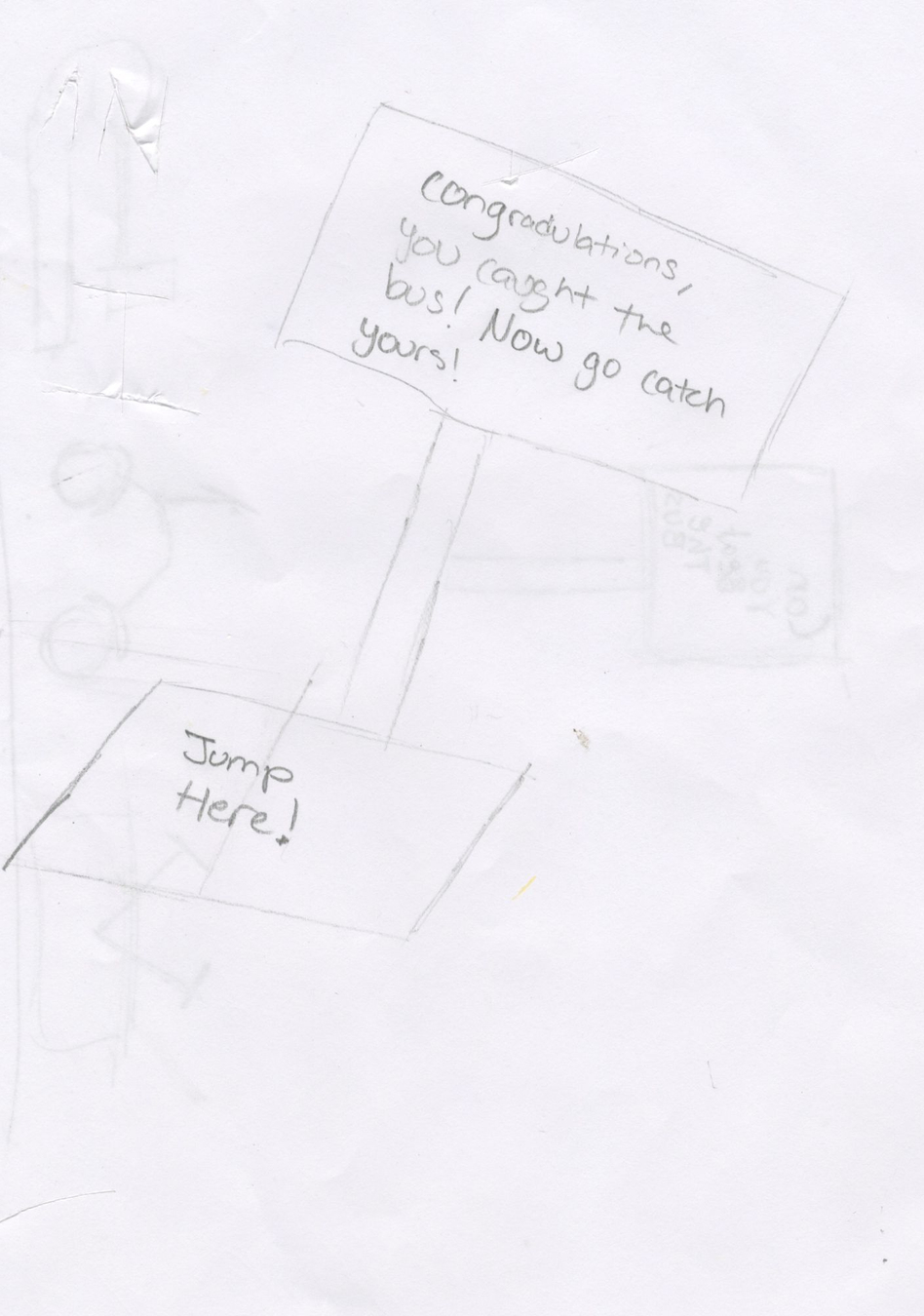 We were tasked with creating something for the bus stop that would make it a more enjoyable experience. Additionally, we decided to focus on fitness. Our project, Racing the Bus, provides a fun, competitive and active solution to the boredom and sedentary nature to the bus stop. Racing the bus is a rowing machine that moves your bus icon around the bus route. The faster you row, the quicker your bus travels.

Our reason for creating this project was to combine our love of fitness with our love of bus stops. How our project works is that when the rower rows, it moves a pulley attached to another pulley with a gear mounted. This gear is in succession with another gear with the map etched into it. This entire project took a great deal of time to make. We were originally going to have a literal representation of the map on the display, but that would require electronics and our current design is purely mechanical.

We ran into a few issues when we were trying to make the gear system. I originally was going to have a series of gears that were gradually bigger. I had difficulties fitting all of the gears in such a limited space, but we realized that we only needed two gears, a small one and the gear that would have the map.