Our project's goal was to create a stylish spacesuit that easily adjusts from loose and comfortable, to tightness that creates a pressurized atmosphere for spacewalking and compresses the human body. Our team, along with the other five groups on the studio, were working on various parts of the suit, designed this skin-tight space suit under the guidance and inspiration of a team at MIT. Our final creation is a "corsuit" constructed from black felt and turquoise thread, laced over the lines of no extension (LoNEs; essentially the constants of the human body)  to provide the maximum compression possible. 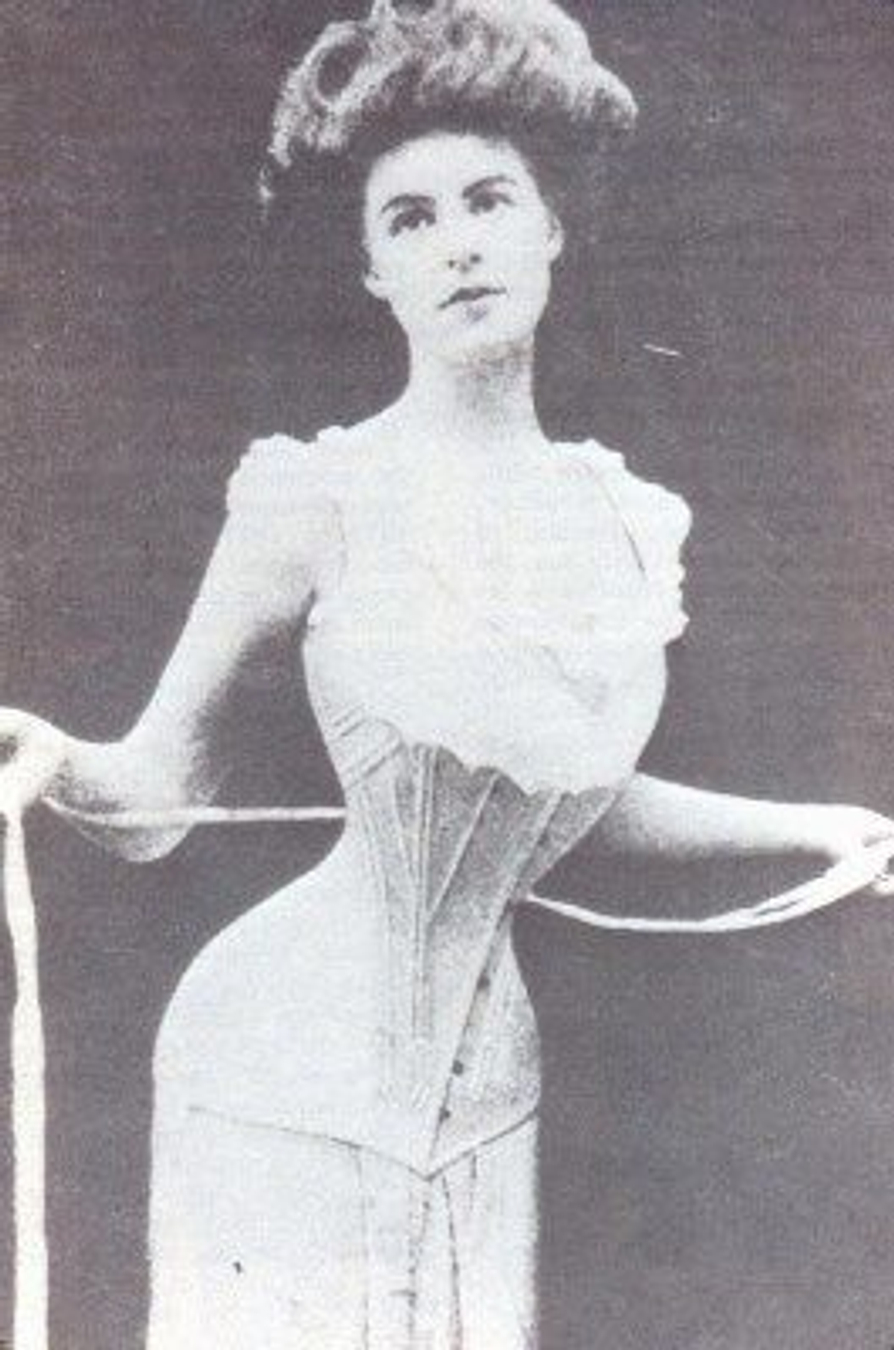 When member of an astrophysics team from MIT visited NuVu to tell our studio about the various disadvantages of gas-compression space suits and the benefits of skin-tight space suits, he discussed his team leader: Dava Newman, a scientist at the forefront of space suit research and design, who has developed a model of a skin-tight space suit that was modeled along the lines of non-extension (LoNEs) on a human body. These lines are lines that do not experience compression or tension when the human body moves. He suggested several parts of a full suit—covering the entire human body—that would be beneficial for the members of our studio to work on. Our team chose to work on the torso portion. Since we were also under the tutelage of a professional corset-maker and architect, Faune Stevens, we decided to base our torso suit design on the way corsets were constructed and laced up. Our precedents were mainly eighteenth-century and nineteenth-century corsets.

Here is the timeline of all our iterations up until the final.

We decided to use the lacing mechanism found in corsets to tighten up the suit to the correct pressure. I came up with the idea that there ought to be knobs on the sides of the suit to tighten the suit up, since the laces of the corset from the Victorian era have two protruding loops of lace on the sides of the corset that was used to tighten the corset. The loops would be twisted over the knobs, which could be twisted repeatedly to create the necessary pressure. We made a small prototype of the corset top design, and cut it out of cardboard. The obvious problems with this were that 1) it was scaled down, 2) cardboard does not fit to the form of the human body very easily, 3) the lacing curve down the centerline was curved, so that reduced the amount of pressure the lacings could exert on the human torso, and 4) it was not very aesthetically pleasing.

We started out by revamping the corset design that was cut for the first iteration by making it fit to an outline of the human body that was imported into Rhino. We then tried to cut a corset top by hand from a stretch of felt, but the felt was too thick, cutting by hand was too inaccurate, and the design of the corset top outline had just been finished in Rhino.  We laser-cut the felt top and pinned it to a mannequin. We then laced up the corset with 0.25"-wide string/ribbon, in the offset lacing pattern that can be found in Faune's post in “Updates”. We considered attaching the metal rings to the holes as borders for the holes. In addition to these developments, we explored ways to organize the human body besides the LONEs. We thought of using organization methods based around features of the human body that are usually permanent, such as the skeleton structure and organ placement. We also thought of using a topographical map of the human body. Also, we came up with the idea that we could lace up the corset by placing seams along the LONEs, rather than just having a vertical lacing seam down the front of the corset. The goal of this was to offer more flexibility in one cohesive garment.

Having successfully made a rudimentary prototype of a corset laced up the front, we now explored the idea of using the LONEs as laces. We constructed a Rhino model of a corset with lines over some LONEs that we chose for their relative easiness in lacing up. We printed out several copies of a photo of the front of the BioSuit, with its LONEs clearly visible and traced out patterns of LONEs that were important for lacing purposes. We used these to model a corset suit in Rhino while also exploring different lacing methods, such as eyelet holes, slits, protruding eyelets, and 3D-printed eyelets. The corset suit that we Rhino-modeled was laced up by the LONEs up until a little under the waist. Since the corset needed to also be laced up below the waist, in order to provide equal tension everywhere across the torso, we added extra lines for lacing below the waist that are not LONEs but are relatively close replicas. We thought that these lines would provide more compression than the LONEs, which moved more diagonally than horizontally or vertically.

In this iteration, we first started working on the back. We decided that using LONEs would be the best option for lacing up the panels. Then, we realized, after the LONEs had been traced for the back, that the LONEs on the front and the back did not vertically align, which meant that either we had to change the position of the lacings or we had to find another way to connect the front and back panels besides extending one or the other. Thus, we came upon the solution that we could replace the "non-natural" lines on the front of the suit with "natural lines" that were found on the back of the suit. After that, we laser cut the suit, which lacked eyelet thread holes in its three lowermost panels, and pinned it to a red mannequin. The suit, after being cut, seemed as though it needed to be scaled up a little more, so that it could fit until the nether end of the mannequin.

In this iteration, we resized the suit so that it would 1) be able to fit on the mannequin in a 3-dimensional way, and 2) not come up short at the sides, where the back and front would connect. This was done by extending the sides, especially near the hip, waist, bust, and shoulder, to cover the mannequin up to its "crease"—the point where the two halves of the mannequin meet. Then, we laser cut our final back. We also gave a similar expansion treatment to the front pieces, which were extended to meet the mannequin's crease. Then, we laser cut the redesigned front part of the corset, and laced up the shoulder panels for the back portion. Since the red, chalk-stained mannequin was occupied by our previous prototype, we pinned the front and back portions to a slimmer, less chalk-stained blue mannequin, thus demonstrating how our design can fit on people of different shapes and sizes. Then, we realized that the front portion was almost 90 mm taller than the back portion, so we removed the three lowermost panels from the front portion. After this, I saw that the front shoulderblade section did not quite reach the back shoulderblade section, so I used the arm/sleeve pieces from our second-earliest prototype to fashion a shoulder pad for each shoulder, so that the gap between the front and back shoulderblade portions would be a) covered by fabric, and b) look attractive, just like the rest of the suit. Looking at the suit, fully laced on all accounts, the waist is particularly successful, as one can see from the pictures, because it is tight and form-fitting, in conformity with the goal of our project!