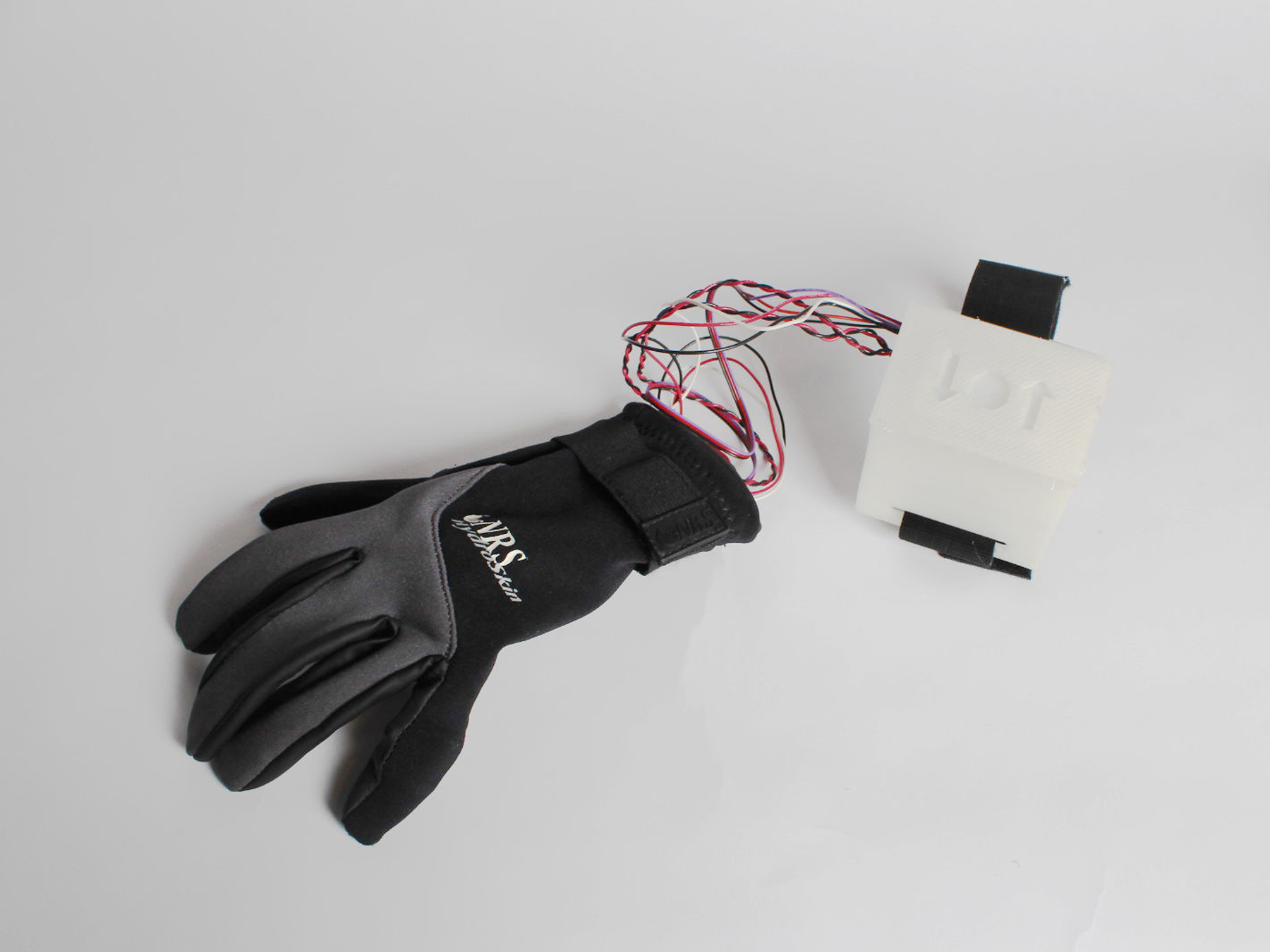 High altitude mountaineers push their bodies to the limits of what is humanly possible, often placing themselves on the brink of death. However, when hikers suffer from hypoxia, known as altitude sickness, they often fail to recognize the symptoms. This is due to the fact that one of the main side effects of hypoxia is severe confusion and a lack of mental clarity. By simply recognizing whether or not they have hypoxia, a hiker may be able to save his or her own life.

Our product gives hikers this crucial information by using altitude, temperature, pulse, and blood oxygen content sensors. These sensors create a cohesive image of whether or not the hiker should continue hiking as normal, take a break, or descend from the mountain. The controller and other main electronics are housed inside an armband. On this armband is a simple and easy to read display which notifies hikers if they should continue hiking or not. The sensors are situated in a glove at the hiker's fingertips to collect accurate data. The first of two temperature sensors is placed at the hiker's finger to detect hypothermia. The second temperature sensor is placed in the armband, and paired with the pressure sensor it is able to measure altitude. Finally, we use pulse and oxygen saturation sensors to measure the users pulse and blood oxygen content. By calculating the drop in blood oxygen saturation as the hiker ascends the mountain, hypoxia can be detected. The pulse sensor provides another benchmark of the hiker's vitals.

Our final product is a glove and armpiece combination that incorporates the aforementioned sensors. They have been tightly packed into a wrist strap and with very slim finger sensors as to add a minimal amount of bulk to the hiker's already very bulky equipment.The collective purpose of these sensors is to alert the hiker of any health threats he or she may face. The device notifies the wearer by means of the three LEDs that are placed in the top of the casing on the arm. If the green light is on, the wearer is ok to continue climbing. If the yellow light in the middle is on, the climber should stop before continuing on further. If the red light is on, the climber could be approaching a dangerous situation, and should descend from the mountain.

The device does this by constantly checking the readouts from all four sensors. If the sensors detect that any of the readouts are out of the preset baseline readings, then they will notify the device, which could cause the device to change its alert setting.

The sensors are attached to the inside of the glove via velcro attachments. They then wire directly into the armpiece, where the readouts are calculated, and the overall response is displayed in the LEDs. 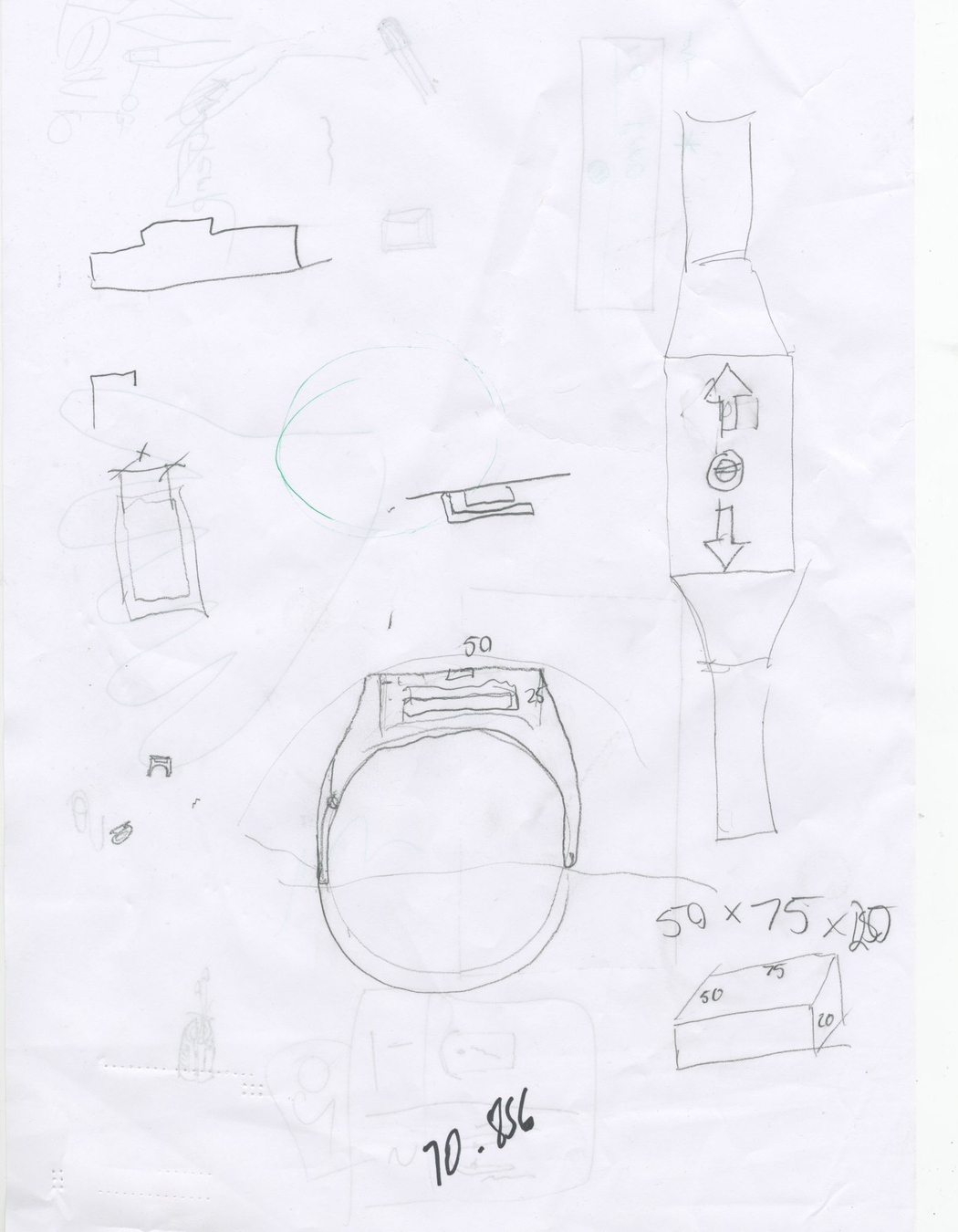 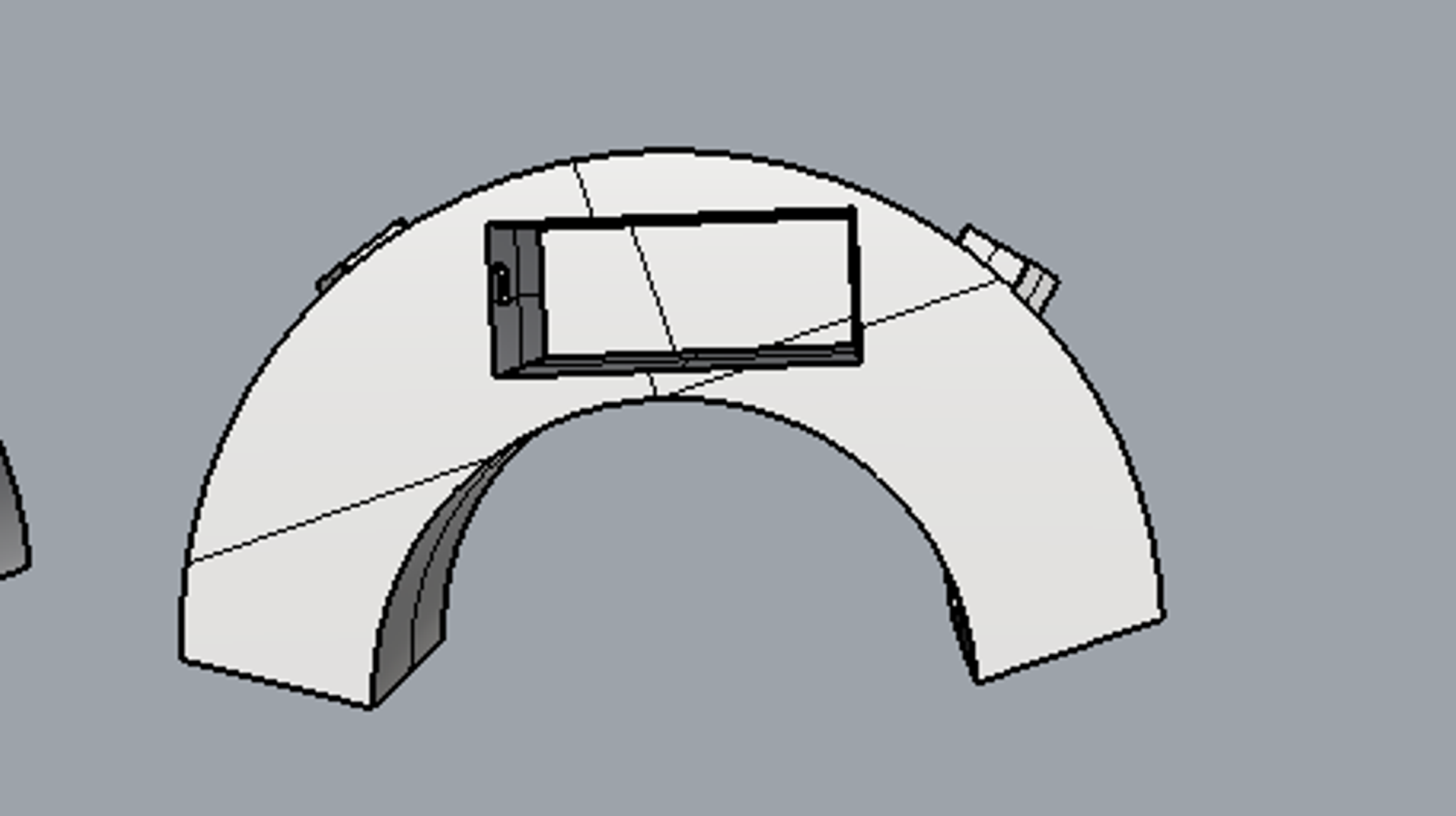 After learning all about electronics, the first step we took in deigning the electronics for our biometric sensors was to determine what sensors were necessary. Initially, we thought that we would use an EMG sensor to measure muscle exhaustion in high altitude hikers. However, we later decided to use other sensors placed around a single hand to instead measure hypoxia, a more serious condition. In addition, we added a temperature sensor to detect hypothermia. After we knew which sensors would be used in detecting hypoxia, we started building the actual sensors. The first sensors that we started to build were the temperature sensors. The circuitry for this was fairly simple and we got them to work fairly quickly.

Soon after we decided to create a device that would measure hypoxia, the design team thought of different ways to house all of the necessary components, including the voluminous Arduino. We needed to create an ergonomic housing that was compact, and displayed information in an easy to view space. The information being displayed had to be simple because many climbers with altitude sickness lose their basic cognitive skills. We decided that using an UP arrow, a DOWN arrow, or a STOP with corresponding lights would be the best way.

Next, we worked on a pulse oximeter, which is a two part sensor which measures both blood oxygenation and pulse. This took a lot more work; getting the pulse oximeter to work was not an easy task. The amplifier circuit, which was needed to make it work, took two full days of work and was ultimately unsuccessful. There were a few flaws in the circuit surrounding the operational amplifier that kept it from working. Ultimately, we found an off the shelf pulse sensor which worked flawlessly. The circuit was simplified for the oximeter by simply using an infrared LED pointing through the user's finger. On the other side of the finger was a photo transistor, which allows differing amounts of electricity through due to the amount of light which it detects. Since oxygen absorbs infrared light, this method can be used to approximate the amount of oxygen in one's blood stream.

We came up with many housing ideas, and in the end settled on a wrist-mounted design. The sensors would be attached to the hand and the glove. We began drawing ideas for this watch, and eventually created the 3D models in Rhino. We found that our first iteration, which was never printed, was extremely bulky, and not user-friendly to a high altitude mountaineer. For our second iteration we decided to switch to Autodesk Fusion.

Our second iteration was much more compact and sleek, and ideal for the average mountain climber. It fit the Arduino snuggly, there was a comfortable bend to the watch for the wrist, and the cap was easy to read with the arrows. Unlike the first iteration, our second iteration had one big, main compartment instead of lots of smaller ones. This larger extrusion worked a lot better, and gave way for a sleeker design.

Aside from a few minor tweaks, which included the insertion of a few more holes and a compartment for the altimeter, our second iteration carried on to our final.

Another sensor we built was the altimeter. This measures pressure and temperature to calculate pressure. Although the built-in altitude detection algorithm didn't work, we were able to use the provided temperature and pressure readings and calculate the altitude on our own. We placed a second temperature sensor on the finger of the user to detect hypothermia, which worked without an issue.

All the circuitry is hooked up to an Arduino micro, which is soldered to a perfboard. This allows for compact processing of all the sensors, while still being in the easy to use Arduino format. The whole thing is powered with a 9 volt battery.