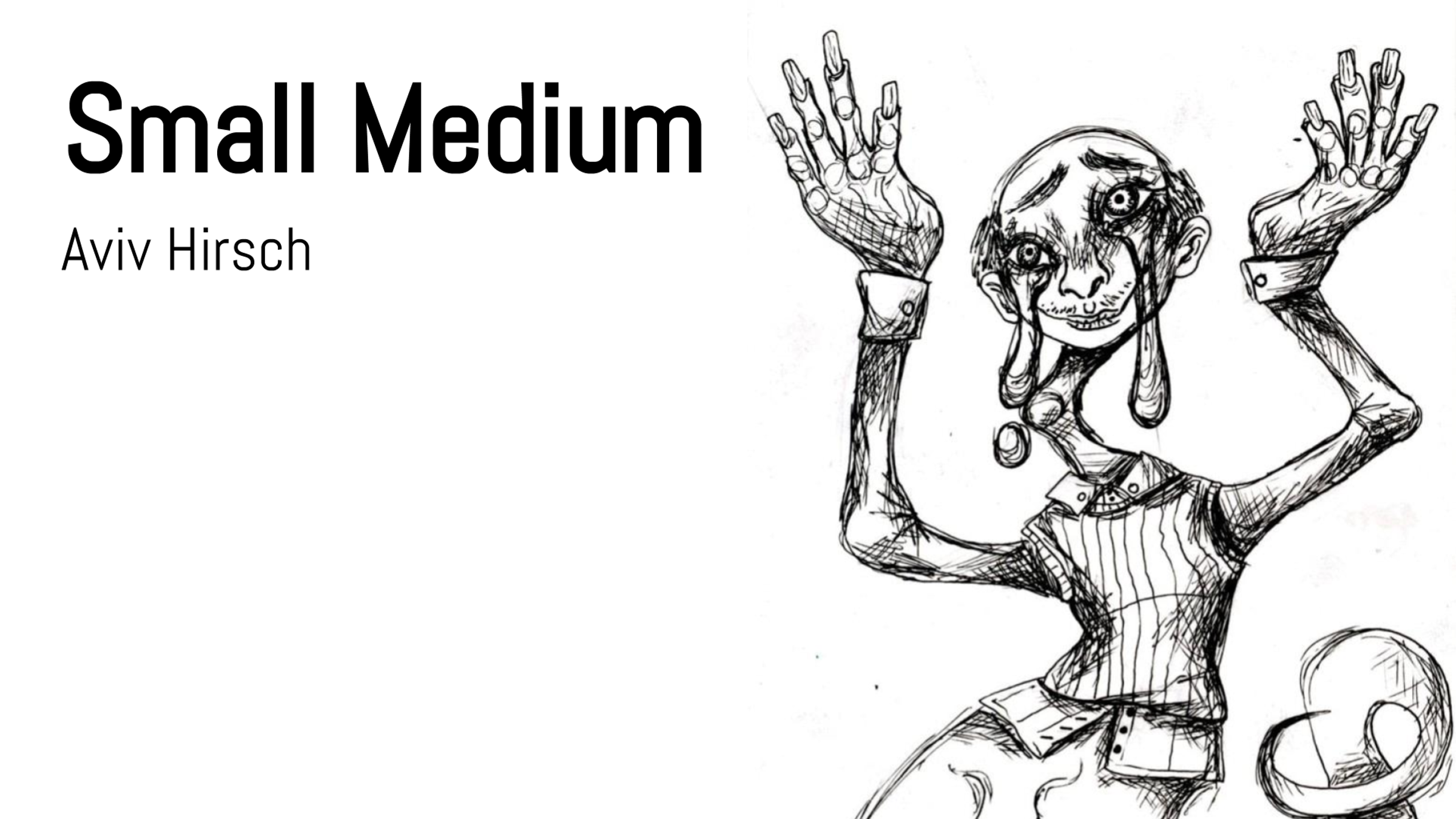 Small Medium is a ghost-themed comic zine that serves as a pilot for a larger series of comics. Small medium is geared towards teens and has supernatural and murder mystery elements. Each comic follows a monster of the week format where the protagonists have to help a different ghost complete their final wish before they can move to what comes next. In the pilot, the main villain is introduced as Moss's mother, who is currently under the possession of the same serial killer who killed Cherie. The mechanic of ghosts' final wishes is also introduced; these wishes are the regrets and repressed emotions that stop them from moving forward. The comic has a limited print of some copies and consists of ten pages. The art is all hand inked with a grey tone added. The style is simple for the main characters but is broken for depictions of scarier ghosts. The comic is a pilot for future comics that would more greatly explore the characters and world-building. This comic is meant to echo with people who are coping with their own ‘ghosts’ or parts of their past that are holding them back. While the main goal of the comic is to be entertaining, seeing fictional characters overcome struggles similar to one’s own can be extremely empowering.