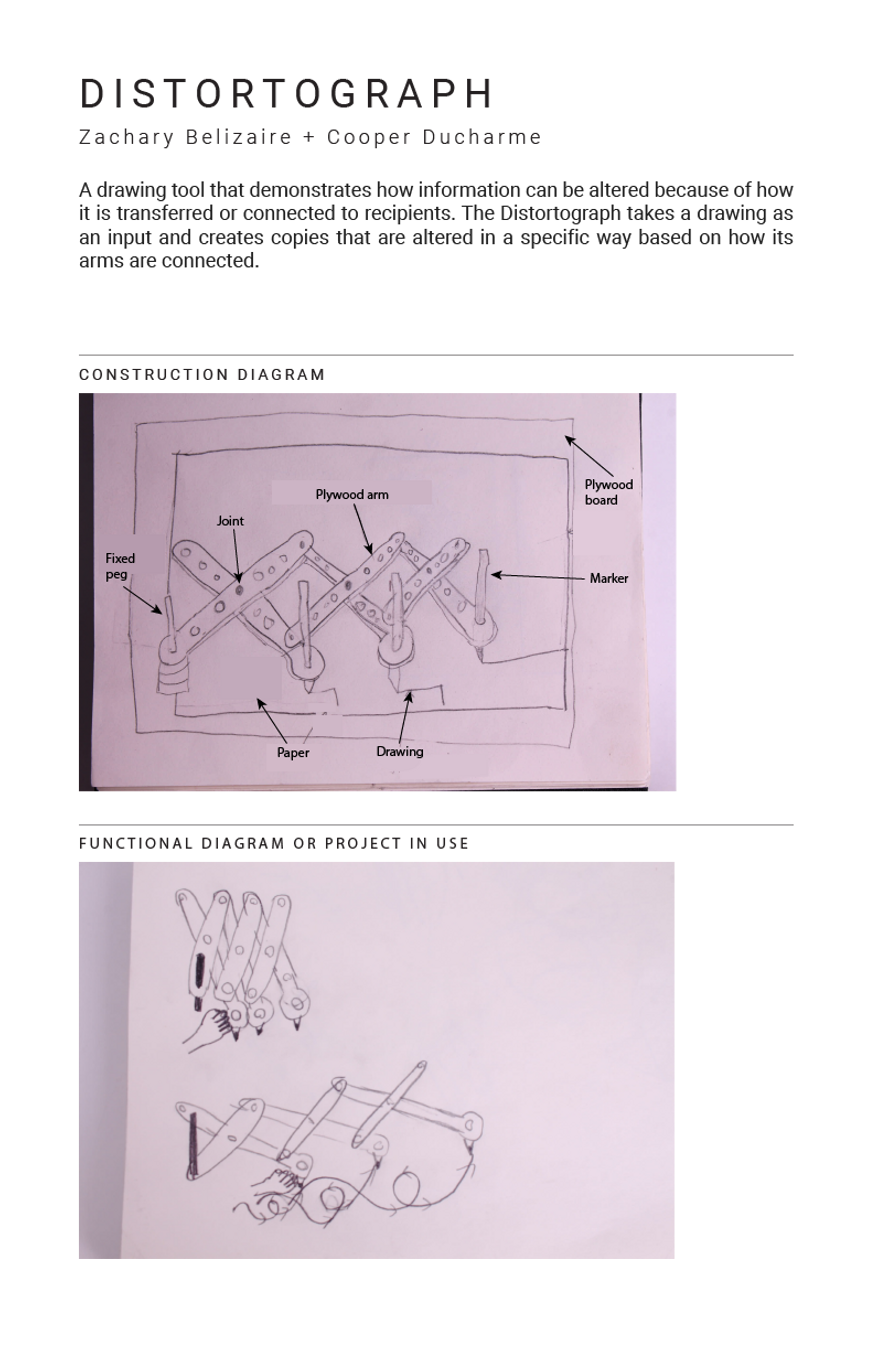 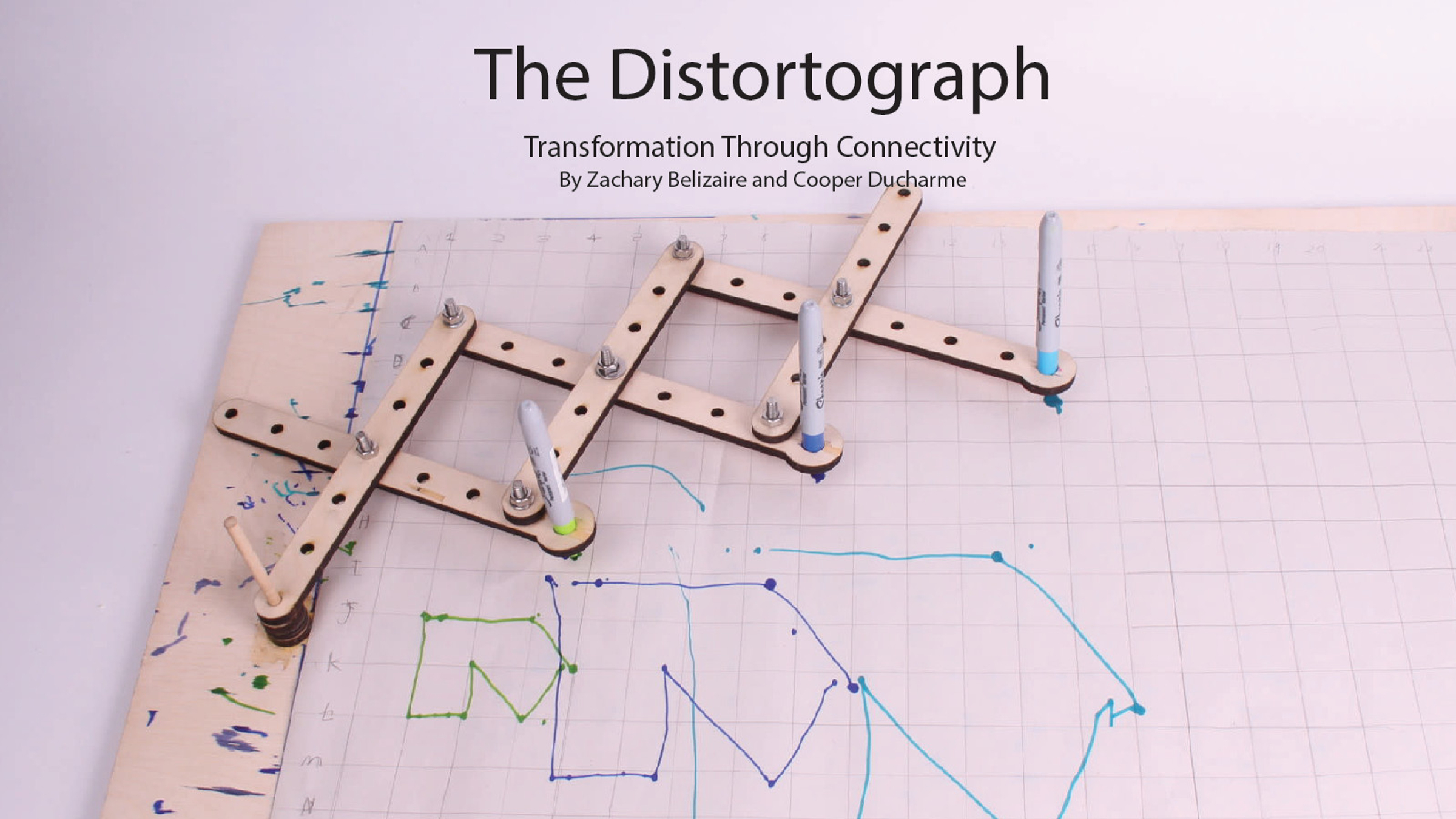 Three pencil contraption that displays three versions of the same image drawn concurrently to convey how information can be lost or changed in translation.

Every day as humans relay information to people, who in turn, transmit it to someone else, the message can be misconstrued or distorted, similar to a game of telephone. This happens on the news media, as information is passed along to various outlets and then into people's personal news feeds. The Pantograph provides a visual depiction of this phenomenon.

The device has three arms all connected to each other in a cross-hatched manner.  A pen is attached to the end of each arm. One arm is dominant, for the user to draw with, and controls the other two arms so that they simultaneously copy the drawing of the dominant one. Since the other two arms are not dominant or controlled, their copied versions of the original drawing became a bit distorted. The copied version is not as precise or refined as the drawing from the dominant arm.

A drawing tool that demonstrates how information can be altered because of how it is transferred or connected to recipients. The Distortograph takes a drawing as an input and creates copies that are altered in a specific way based on how its arms are connected.

Communication is based on the transfer of information, and the relationship and connection between two people can greatly affect how that information is understood. If someone you trust tells you something, you will most likely take it literally and factor it into your judgement strongly, but if it is someone who is untrustworthy and you think has hidden motives, you might question what they told you, suspecting it is a distortion or bias in some way. The Distortograph conveys these nuances of communication in a tangible way.

Constructed from laser-cut wooden lever arms that are bolted together, the Distortograph holds multiple markers that mimic the movements of the users hand. This allows them to draw an image that is copied twice by the adjacent markers. Based on the lengths and positions of connecting arms, which maintain common angles even when moving, a copy drawing will be altered and scaled from the original in a specific way. The Distortograph is fixed to a table at one end, and drawing with a marker close to the fixed point will cause the markers further away to make the same drawing, only scaled up. By changing how the makers are linked, you change what angles the arms form, and thus you get different, yet still specific scaling/warping effects. While communication patterns, like people treating information differently based on how they received it, may be more useful to teach to children, is still valuable for everyone to be exposed to a clear and tangible examples of a social phenomenon, especially when it comes with the satisfying feeling of watching mechanical arms mimic your movements and create scaled versions of your art with precise and responsive flow.